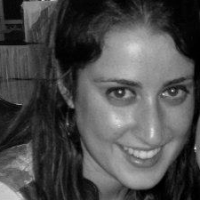 The Blogs
Rachel Delia Benaim
Apply for a Blog
Advertisement
Please note that the posts on The Blogs are contributed by third parties. The opinions, facts and any media content in them are presented solely by the authors, and neither The Times of Israel nor its partners assume any responsibility for them. Please contact us in case of abuse. In case of abuse,
Report this post.

After having visited the Counterpoint Israel camps located around the Negev, I was reminded of the enjoyment that can be derived from education: in the words of my fifth grade teacher, learning is fun!

Run by Yeshiva University’s Center for the Jewish Future, Counterpoint Israel affords Israeli campers the opportunity to attend a fun summer camp with activities such as sports, arts and crafts, baking, music, and stomp while also learning English.

With 5 camps throughout the Negev in Arad, Dimona, Be’er Sheva, Kiryat Malachi, and Kiryat Gat, there are already over 300 students enrolled in Counterpoint Israel’s summer programs this summer. The camps use an experiential approach to education: its combination of English lessons and recreational chuggim (activities) creates an environment that is fun to the extent that the students (almost) don’t realize they are in a camp geared at teaching them English.

Kiva Rabinsky, the Co-Programs Director for Yeshiva University’s Center for the Jewish Future, explains that the general chugim are designed for the campers and target their specific wants and needs. “Throughout camp, the activities are designed in a way to promote self confidence and build self esteem–for the students and the campers alike–by teaching skills and applying them immediately over the course of camp,” explains Rabinsky. “In the end of the day, the students and teens both came to camp to have a good time.”

These campers though, are not the types one would expect to be receptive to learning in the summer—especially from Americans. Walking into these camps and it is absolutely jarring. It is clear that many of these kids are lacking and some are hungry. They are really rough around the edges—not like, “sabra” rough around the edges, but truly abrasive and shocking.

A counselor in Arad, one of the “higher end” of the 5 camps, reflected that she walked into an art chug (activity) with her campers the first day and expected them all to rip everything up and be completely disinterested and rude—after all, that’s the personality type they each emanated; however, she reflects that she was “pleasantly surprised. The kids need self-expression like this and they thrived on it. I really misjudged them, and as the summer progresses I see the error in my initial reaction to them.”

In retrospect, of course it makes sense that the campers would be passionate and enjoy their chugim, but the fact that they cannot wait for their English lessons in the mornings is a wonder in and of itself. There are some students who actually come to camp up to 45 minutes early to get a head start on their English work! Counterpoint employs a method of experiential English education that actually excites the campers to come in and learn every single day.

While, naturally, one would assume that these campers would be resistant to going to “school” to learn English over the summer, they are anything but resistant. Hod Suissa, a 13 year old camper in Dimona, expressed that “The Summer camp is good because children come here to learned English in a great fun way—no like in school. The lessons here are interactive.”

Rabinsky reflects “It’s amazing to see how the differences in language and culture serve as key ingredients to a positive summer experience instead of hindering success.”

My first reaction when I was traveling down to these camps was how could anyone support breeding imperialism and forcing Anglo ways and preaching American ideals to Israeli kids, but after seeing counterpoint in action, that is not the case. As the Arad co-head counselor, Tal Meiri, expressed “we’re not teaching American were teaching English. What’s more is that the kids here also acknowledge that learning English and being with us is important specifically because Israel says it’s important… not because it is American.” Meiri continued, “we the counselors are learning Hebrew and Israeli culture from them just as much as they’re learning English and American culture from us.” Penina Lamm, Meiri’s co-counselor, laughed that the campers are “fascinated by the American-ness of the counselors” and that intrigue helped bridge cultural gaps even more.

Similarly, Rabinsky shared his thoughts about the culture intersection that takes place on Counterpoint: “In terms of bridging cultural gaps, I would say that counterpoint serves as a platform for mutual growth for both the YU students and the Israeli campers. The students teach English but the campers help them sharpen their Hebrew in return.”

Shalev and Noam Ohayon, twin campers in Dimona, echoed Meiri’s and Rabinsky’s sentiments joking that Counterpoint “is good for the Americans- they get to learn real Hebrew, not that language of the Tanakh that they think people speak here!”

The Americans not only learn Hebrew and Israeli culture, they are also able to gain an understanding of “how the other side lives” in Israel. Gila Rockman, Co-Programs Director for Yeshiva University’s Center for the Jewish Future, explains “what’s really special about our camps is that we have programming and extra curricular activities where everyone is learning about peripheries [lands] and central development towns in the Negev—campers and counselors alike.”

So I guess, the next time you’re traipsing around the Negev during the summer, stop by one of these camps: it will remind you that, no matter the circumstance, there is no reason to ever stop learning and, moreover, learning is fun.

About the Author
Rachel Delia Benaim is studying at Columbia University Graduate School of Journalism and is just trying to tell it like it is. If you enjoy my articles, coffee is always appreciated. Cheers.
Comments