In reflection of Mother’s Day on Sunday, I delved into the roots of my personal commitment to the Jewish community and Israel …  highlighted by three moms who have had a tremendous impact on my life.

These moms are a big reason why on Israel’s 72nd Birthday, Thursday, May 14, I have the great pleasure of hosting a Zoom Event discussion on Heroes of Israel with Tal Brody, along with stories of two other Heroes. 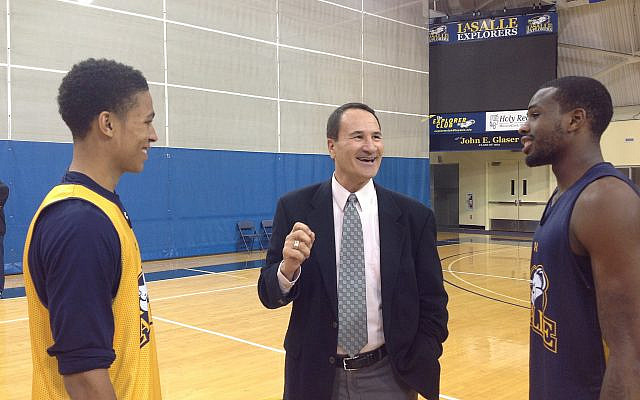 “Officer Netta” of the elite IDF 669 international rescue unit will share her story. Niv Nehemia, who bare-handedly fought off a terrorist at the Yavne Supersol in 2017, will speak along with wife Sigal, another Israeli Wonder Woman, taking care of Niv and five kids, all with a warm engaging smile.

To begin, Toni Algazi is my other mom, who gave the greatest gift to me, her daughter Jocelyne.

Toni celebrated her 95th birthday on Monday, May 11, with 50 relatives gathered on Zoom, laughing together from Israel, France, Canada and both coasts of the USA. 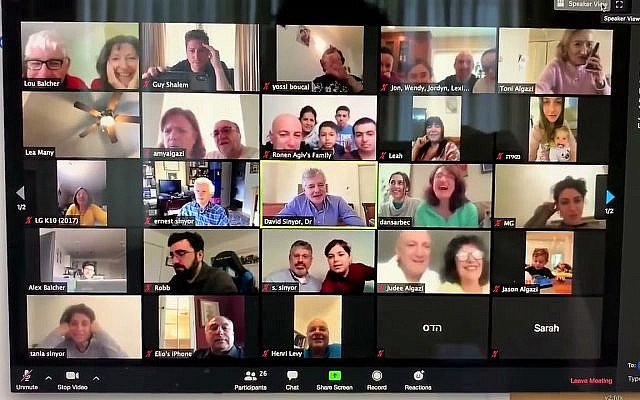 Toni is the matriarch of the Algazi family who bravely left Cairo, Egypt, 54 years ago. With determination, she led husband Charles, Jocelyne, and four other children in tow to start a new life. After first arriving in France, she understood the threat of European anti-Semitism, and after only a few months in Paris, brought the family to America, of all places, Trenton, NJ.

“Zecher L’Tziat Mitzraim” – Remember the Exodus from Egypt is a central theme to the Jewish narrative. Every Passover it is a reliving of our story as a People, leaving bondage and forging a community with a mission in the desolation of the dessert, en-route to the Promised Land.

Marrying into the Algazi family provided a deeper sense of this ancient Exodus, with the modern version of the displacement of Jews from Arab lands forming more than half the population in the rebirth of the State of Israel, and a foundation to Jewish communities in America and elsewhere.

Toni’s second of three daughters, Jocelyne, I call “my Egyptian Jewish Princess.” Jocelyne is my foundation, whose strength in values and love raised two wonderful sons … or three if you count me as her third child.

Jocelyne provides the bedrock of stability of a mother and wife. She is my partner in a grand project, allowing me to follow a path of service to Israel, bringing Jews and lovers of Israel together, and working to secure a Jewish future through my other pursuit of young leadership training.

In the time of the counting between Passover and Shavuot, there is the ‘break’ of Lag B’Omer, when many Jews arrange their Spring weddings. On Tuesday, Jocelyne and I marked 34 years since we had our “Chuppah” on Mt Scopus overlooking the ancient walls of Jerusalem.

Officiating at the Lag B’Omer wedding ceremony was Rabbi Pesach Schindler, my Talmud teacher at Hebrew University in a year of studies ten years before. I will always remember his remark as we stood before the plate-glass walls of the Hecht Synagogue encompassing the majestic view of the Temple Mount.  “The City of Jerusalem is your Chuppah,” declared Rabbi Schindler.

Witnessing were Toni and Charles, along with Algazi family from Israel and France. Also attending was my mom, Rebecca, my younger brother Eddie, and my oldest brother Aharon with his Zfat family. Nearly ten thousand committed Zionists received their Jewish/Zionist “induction” training through my brother’s engaging program Livnot U’Lehibanot.

Putting my brother and myself on our Zionist mission was our mom, Rebecca.

Rebecca Balcher was an ardent Zionist, loved books, taught Hebrew, and led home Bible and book club sessions for Park Synagogue in Cleveland. My understanding is that if she had not met my dad and fell madly in love, she would have gone to live in Israel, and could have had a similar path as Golda Meir.

Rebecca is still my guide, although she passed at 90 in August 2007.

In 2011 I wrote a D’var Torah in her memory entitled “How I learned to be an NJB” – Nice Jewish Boy.

I shared how my mom earned a law degree LONG before it was popular for women to do so. Two of her professors at William Mitchell College of Law were Harry Blackmun and Warren Burger, later to become Supreme Court Justices, and often referred to as the “Minnesota Twins.”

In the Dvar Torah, I recounted how she was divorced and raised six kids on her own by selling World Book Encyclopedia. As you may remember, World Book was the mainstay educational resource in libraries and people’s homes long before Google.

My mom was acknowledged as a top salesperson in the nation, responsible for training half the World Book sales force in Cleveland. Rebecca provided educational resources and training primarily to African-American urban women. She gave them the tools for a successful livelihood and an in-home educational resource for their children. At her memorial service at Park Synagogue in Cleveland (that I organized from Philadelphia), of the two hundred or so who attended, more than half were her African-American World Book family.

One of the lessons my mom taught me is how she always appreciated and valued the best things in her life. As a young child, I was not cognizant of the financial challenges she had raising six kids on her own, mostly because she always told us that she was a “Millionaire” six times over because of her six kids.

With this Paradigm Shift that we are experiencing with Covad-19, we are going through a challenging time.

We need to cherish where we come from and take from the important lessons and the role model that our mothers provided for us. We can get through this period acknowledging that we are all “Millionaires” with the legacy that we have been given.

You don’t need to be a Millionaire to come meet some friends and join us for three more stories in celebration of Israel 72 on Thursday’s Zoom event at www.afkmc.org.

About the Author
Lou Balcher served from 2004 - 2013 as Director of Academic Affairs to Consulate General of Israel to the Mid-Atlantic Region. He also served as Education Director for Congregation Tifereth Israel in Bensalem, PA, and as administrator and teacher for Gratz College's Jewish Community High School. He is a former Membership Director for the Philadelphia and Cincinnati regions of B'nai B'rith International. For three decades, he has coordinated post-college young leadership programs for Young Jewish Leadership Concepts. Additionally, he consults as National Director of the American Friends of the Kaplan Medical Center, Rehovot, Israel which serves more than one million Israeli citizens.
Comments