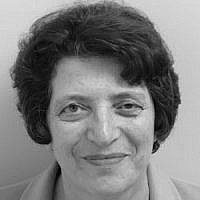 The Blogs
Judy Weleminsky
Apply for a Blog
Advertisement
Please note that the posts on The Blogs are contributed by third parties. The opinions, facts and any media content in them are presented solely by the authors, and neither The Times of Israel nor its partners assume any responsibility for them. Please contact us in case of abuse. In case of abuse,
Report this post.

On Holocaust Remembrance Day we honour many righteous gentiles who did their best to rescue Jews and others from the hand of the oppressors. There are many famous names and examples, but I wonder can you name the European country which refused to comply with Nazi orders to turn over lists of Jews residing in its borders? The answer is Albania, the only European country with a Muslim majority. 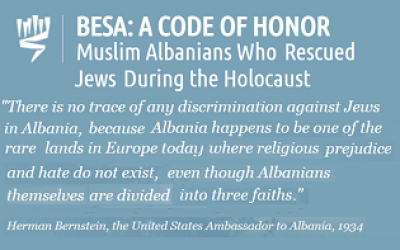 Yad Vashem, Israel’s Holocaust museum, has produced an exhibition about Muslim Albanians who rescued Jews during the Holocaust. Almost all Jews living within Albanian borders during the German occupation, those of Albanian origin and refugees alike, were saved. Impressively, there were more Jews in Albania at the end of the war than beforehand.

Following the German occupation in 1943, the Albanian population, in an extraordinary act, refused to comply with the occupier’s orders to turn over lists of Jews residing within the country’s borders and provided many Jews  with fake documentation that allowed them to intermingle with the rest of the population. They protected their Jewish citizens and also provided sanctuary to Jewish refugees who had arrived in Albania when it was still under Italian rule.

Sadly, it seems that a mosque in Golders Green which was keen to reach out to the Jewish community in friendship did not, however, have the moral steadfastness of the Albanians. The mosque was due to stage the Yad Vashem exhibition about the Albanians and their many acts of courage and honour in protecting Jews. But it pulled out because of pressure and opposition from a Muslim community news and opinion site. Thankfully another mosque hosted it, but it too came under immense pressure not to do so.

We live in difficult times where we witness antisemitism targeted at Jews who stand out publicly, be they MPs, well known media people, Jews who stand out because of their appearance or those who speak up for Israel. It is a time for us to have courage and stand against the oldest hate and to be aware of who has the courage to stand with us, even when the pressure is on.

In June 2018, at an Iranian-backed hate-fuelled Al Quds Day parade, a large gathering rallied by Shia mosques in London accused Zionists and Jews of being behind the Grenfell Tower tragedy and waved big yellow Hezbollah flags showing a clenched fist holding a rifle. Their message of hate and threat was clear. Maajid Nawaz, an ex-Islamist who spent time in an Egyptian jail but now speaks out bravely against extremists and is a broadcaster on the radio station LBC, spoke at the counter-protest organised by the Zionist Federation.

I am delighted to say that we have some excellent Gentile supporters of Israel and courageous opponents of antisemitism from the wider community, especially some Christians. However, as with Jews and Muslims, it is a complex picture. There are, sadly, many Christians on the other side of the fence who support those who hate Israel and Jews.

Growing up in Leeds, a friend and I as teenagers went, out of interest, to midnight mass in the cathedral and heard a sermon whose main message was about how the Jews killed Jesus and how Jews today are equally guilty. Those religious leaders and their sermons must have influenced the thinking of many people. These experiences along with an awareness of the Christian antisemitism throughout the ages, including the inquisition, led me to be very wary of Christian attitudes to Jews.

However, Christians, like Jews, come in many shades of opinions and behaviours and those who support us are perhaps more numerous and vocal than perhaps many realise. Have you heard of the excellent organisation started in the United States in 2006 called CUFI – Christians United for Israel? With dynamic, committed and courageous leadership it went from a standing start to a million members in 2012 – in just six years. Two years later that doubled to 2 million and today it has doubled again to over 4 million. That is some force – the largest pro-Israel grassroots organisation in the United States.

I’m delighted to say that they have set up a CUFI here in the UK, starting in 2015. Two years later they had a night to honour Israel, not in some small church hall but in the Albert Hall – and they filled it – all three thousand seats! It was an inspiring evening and a great counterbalance for me of those memories from my childhood hearing a pounding sermon pouring out hate on Jews. CUFI have gone from strength to strength. They now have 110,000 supporters and I am one of their fans. So much so that I always read their magazine Torch and find I learn something new. The latest edition features Rachel Riley facing down the anti-Semites.

But it was not Rachel, who like many people of Jewish heritage are starting to renew their Jewish identity in the face of antisemitism, that I wanted to highlight. It is a Christian German theologian during the Nazi era who they wrote about. I wonder which name comes to mind when I say that?

Many people say Pastor Martin Niemöller, who is famous for saying:

First they came for the socialists, and I did not speak out—because I was not a socialist.

Then they came for the Jews, and I did not speak out—because I was not a Jew.

Indeed, not until 1963, in a West German television interview, did Niemöller acknowledge and make a statement of regret about his own antisemitism. How strange then that it should be Niemöller who we most remember.

As CUFI point out there is a man, a Christian whose name should be truly honoured for his integrity in that challenging time – Dietrich Bonhoeffer.  In 1933 a movement called the Deutsche Christens began to promote the Nazification of the German Evangelical Church. They wanted Protestantism to conform to Nazi ideology, including creating a ‘fifth’ gospel to support the doctrine of an Aryan Jesus! (To me it sounds eerily like the Palestinian Authority’s claim that Jesus was a Palestinian, a claim supported, sadly, by some Christians!) Many Christians in Germany opposed this and it led to founding of the Confessing Church in 1934 but even they avoided criticising the Nazis and were silent about the persecution of Jews. Their silence led to Bonhoeffer’s famous quote – Silence in the face of evil is evil itself. 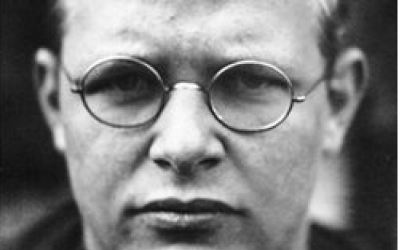 Dietrich Bonhoeffer was one of the earliest voices against the rising Nazi ideology, describing Nazism as an illegitimate form of government and incompatible with the Christian faith. Bonhoeffer travelled throughout Europe and America, reporting on the situation in Nazi Germany. The German Evangelical Church did not appreciate his outspokenness and demanded he stop, but he refused. He returned to Germany in 1935, training young clergy until his seminary was finally closed by the Gestapo. He continued his ministering underground, but in 1939 had the opportunity to escape to the United States. He accepted the invitation but then regretted his decision.

Despite pressure from friends, he wrote “I will have no right to participate in the reconstruction of Christian life in Germany after the war if I do not share this time with my people. Christians in Germany will have to face the terrible alternative of either willing the defeat of their nation in order that Christian civilisation may survive or willing the victory of their nation and thereby destroying civilization.”

Bonhoeffe returned to Germany on the last scheduled steamer to cross the Atlantic. He continued to work secretly to oppose the Nazis, informing ecumenical contacts of what was happening, including sending details of plans to deport Berlin Jews, and then became involved with an ambitious plan to get the Jews out of Germany by giving them foreign papers. The Gestapo discovered it and he was arrested in 1943, eventually ending up in concentration camps where he would pay the ultimate price, being hanged along with other conspirators.

Recently the Jewish Board of Deputies hosted the launch of a new book by the Revd Bruce D. Thompson, chair of Methodist Friends of Judaism. It gives an engaging and vivid account of the tragic history of the church’s relationship with Jewish communities over two millennia. Revd Thompson said about his experiences of fighting antisemitism: “Several years ago, when I first challenged the single narrative of the Israel-Palestine debate at a Methodist Conference, I was pretty much a lone voice. Thankfully, the Methodist Church has come a long way since, with many members seeking a more sophisticated understanding of the conflict, but there is still much work to do.”

In his last writing before his execution in Letters and Papers from Prison, Bonhoeffer said:

“Mere waiting and looking on is not Christian behaviour. Christians are called to compassion and action. We have learned a bit too late in the day that action springs not from thought but from a readiness for responsibility.

“Or as God said to Jeremiah in words that are as appropriate today as they were more than two thousand years ago:

“Do what is just and right. Rescue from the hand of the oppressor the one who has been robbed. Do no wrong or violence to the foreigner, the fatherless or the widow, and do not shed innocent blood in this place.”

It is a call to action which I hope is appropriate for us all, here and now.