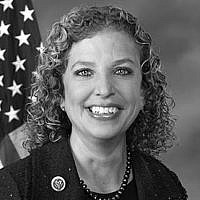 The Blogs
Debbie Wasserman Schultz
Apply for a Blog
Advertisement
Please note that the posts on The Blogs are contributed by third parties. The opinions, facts and any media content in them are presented solely by the authors, and neither The Times of Israel nor its partners assume any responsibility for them. Please contact us in case of abuse. In case of abuse,
Report this post. 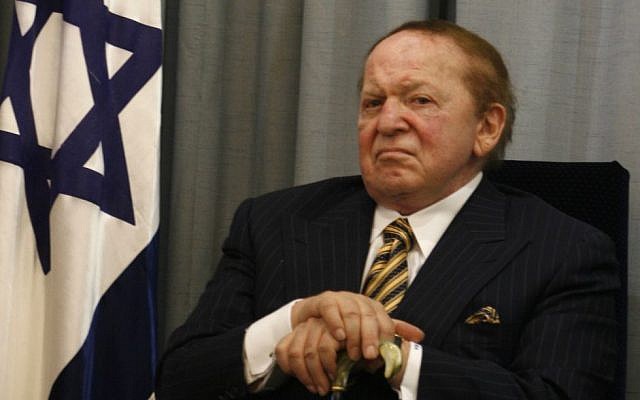 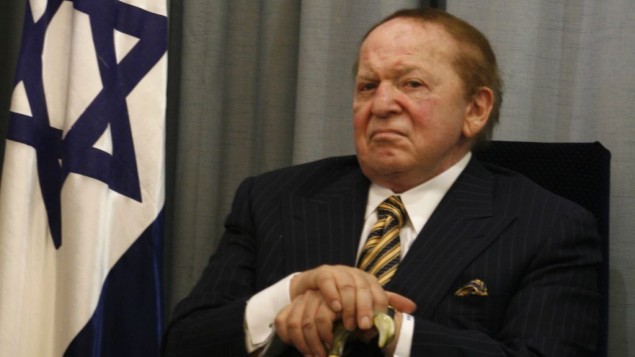 JTA — This weekend, a collection of GOP presidential candidates will arrive in Las Vegas for a meeting of the Republican Jewish Coalition. But don’t allow yourself to be fooled into thinking that these candidates are making a real attempt to appeal to American Jewish voters. Their presence is all about winning over a single Jewish donor: Sheldon Adelson.

Obviously, these candidates are familiar with how Adelson’s largesse almost single-handedly kept Newt Gingrich’s campaign alive in 2012. But the casino magnate does not speak for the American Jewish community, and the GOP candidates’ courting of an Adelson-funded super PAC should not be mistaken for genuine outreach.

There is a reason that more than twice as many American Jews identify as Democrats than as Republicans. The Democratic Party is the party of inclusion, empowerment, justice and opportunity. These are values that are closely aligned with the values that define our Jewish faith.

Growing up, my parents taught me that tikkun olam – repairing the world – is a central tenet and one of the most important outward expressions of our faith. As Jews and as active citizens, it was our responsibility to help and advocate for others. As I grew up, I also sought to exemplify other Jewish values like tzedakah and gemilut hasadim. Like many other American Jews compelled to stand up and speak out for the causes of justice, equality and righteousness in public policy debates, I found a natural home within the Democratic Party.

It is Democrats who seek to right injustice, promote tolerance and constantly strive to move our nation toward a more perfect union. Jews overwhelmingly support women’s rights, workers’ rights, and civil rights for all Americans. We know that when we help those around us, our community and our country are stronger as a whole. We understand the importance of America as a place of new opportunities, and believe in immigration reform that will pave the path toward a better future that welcomed our ancestors when they arrived on America’s shores. These are values for which Democrats have fought and Republicans have not.

Instead of changing their positions on the issues that matter to American Jews, Republicans have chosen the dangerous strategy of politicizing Israel’s security as their strategy to win over Jewish voters. This strategy is not good for Israel or for the long-term relationship between our two great nations.

And to be clear, this strategy to try to convert Jewish Democrats to vote Republican has not worked. Democrats are proud of America’s bipartisan support for Israel, and the GOP’s attempt to undermine that relationship for political gain has backfired.

As a Jewish woman, a member of Congress and as chair of the Democratic National Committee, I am proud of the efforts made by the Obama administration to solidify the relationship with one of our nation’s closest friends and strongest allies. Under President Obama, the United States and Israel have had unprecedented military and intelligence cooperation and strong economic collaboration. President Obama continues to fight for the issues that the Jewish community prioritizes – millions of Americans have gained access to health care and he is fighting every day to secure a fair and living wage so that those who work hard are able to support themselves and make a better life for their children.

When I think of the future I want for my three beautiful children and for our country, it’s one centered on those core Jewish values that defined my childhood. I know that all Americans understand these values and wish the same for their families. As American Jews, we understand how our values demand correcting income inequality and expanding opportunity for those fighting to get into the middle class.

Unfortunately, Republicans are light years away from where we stand. When their presidential candidates court a single big Jewish donor while attempting to attract voters through fear mongering, we see straight through that. Until Republicans are prepared to change more than just their rhetoric, Jewish voters will continue to overwhelmingly support Democratic candidates and policies.

About the Author
US Rep. Debbie Wasserman Schultz represents Florida’s 23rd District in Congress and serves as the chair of the Democratic National Committee.
Comments