The Blogs
Meira E. Schneider-Atik
marching to the beat of my own drummer
Apply for a Blog
Advertisement
Please note that the posts on The Blogs are contributed by third parties. The opinions, facts and any media content in them are presented solely by the authors, and neither The Times of Israel nor its partners assume any responsibility for them. Please contact us in case of abuse. In case of abuse,
Report this post. 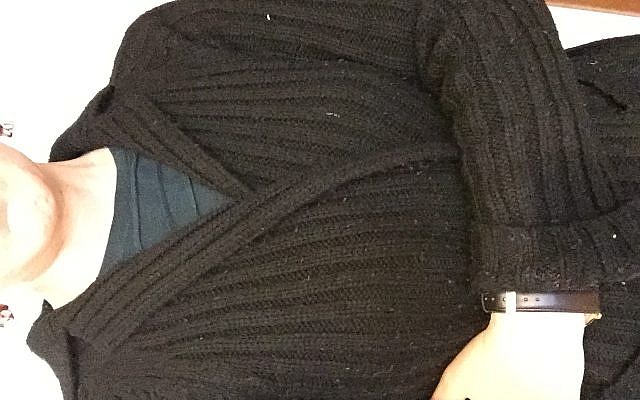 To all victims/survivors of sexual harassment, rape, and abuse,

The issue of sexual harassment/rape/abuse has been a hot topic in the media lately. I’m sure you’ve heard the hoopla. You may have even posted “#MeToo.” I hope that it helped you. I know that it helped so many of us know that we’re not alone. But I’m sure that you’ve also heard the idea that dressing b’Tzniut, as in covering up more, can protect you from these things. I don’t know how you feel about that, but I know that it’s wrong.

Tzniut is a beautiful and sacred thing. We are all (men AND women) supposed to dress, behave, and carry ourselves with dignity. However, it’s said that the more holy and sacred something is, the more easily it can be corrupted. This is one more instance of that.

There are those who point out that since sexual harassment, rape, and abuse do happen in the Jewish community, it’s obvious that dressing b’Tzniut does not actually prevent these things. I agree. And there are those who say that the idea of “covering up more can protect you” is just victim-blaming. I agree with that too. However, the problem goes beyond that.

The idea that covering up more can protect anyone from harassment, rape, or abuse is based on a fallacy that has plagued this issue since the beginning. That fallacy is the belief that harassment, rape, and abuse are crimes of sex. People believe that those crimes are committed by people who are hungry and desperate for a sexual encounter and therefore will force it on the most convenient victims they can find. Of course, people think that if they cover themselves more and don’t look like sexual objects, they won’t be good targets and the predators will leave them alone. None of this is true.

The truth is that harassment, rape, and abuse are crimes of power and control. People who are simply desperate for a sexual encounter can get one without forcing it on anyone. The predators who commit these crimes are people who are filled with anger and hatred. The sexual component is the means to end, not the end itself. Sexual predators hate someone (or more than one) and they’re taking that hatred out on someone else who fits that type. The message they send is “I have such total control of you that I can even get to your body.” They don’t choose their targets based on convenience but by type. It could be because you work as a teacher like the teacher he hates. It could be because you have brown hair like his mother whom he hates. His type could be anything and it’s always something over which you have no control.

None of this is to say that there’s no point in dressing b’Tzniut. Like I said before, tzniut is a beautiful and sacred thing. And it does help you in a lot of ways. But covering up more does not protect you from predators. If you went through sexual harassment, rape, or abuse, it has nothing to do with how much or how little you were wearing.

It is NEVER your fault. Please remember that.

About the Author
Meira E. Schneider-Atik is a wardrobe stylist, personal shopper, and writer/blogger. Her goal is to help women feel good about themselves and to dispel the myths about tzniut and dressing well. Her heart is in Eretz Yisrael, but for now, she and her family live in Queens, NY.
Related Topics
Related Posts
Comments