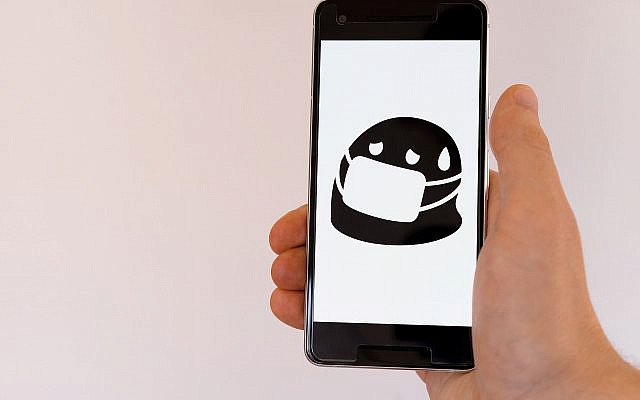 The COVID-19 pandemic was preventable with it exposing the lack of communications and certainly the lack of connectedness at every point “in the chain of preparedness and response”, according to a WHO review panel.  The report from the Independent Panel for Pandemic Preparedness and Response, Covid-19: Make it the last pandemic, concluded that systems were too slow, and the World Health Organization was underpowered, and global political leadership failed.

The report which was commissioned by the WHO after the now famous January 2020 resolution at the World Health Assembly further concludes that “The formal notification and emergency declaration procedures under international health regulations were too slow and precious time was lost.” The report which was months in the making leaves many unanswered questions, but one statement is absolutely undeniable. The situation cried out for strong multilateral cooperation – and leadership.

Yet traditional global leadership has been conspicuously absent. The United States under President Biden and former President Trump have managed to muddle through every step of its pandemic response at a federal level and further deteriorate its international ties. The country’s unparalleled scientists and resources have ensured that, as of this month, over half the population has received at least one dose of the vaccine, but there’s a long way to go before the U.S. can get a handle on the pandemic at home, much less lead a global recovery effort.

Oddly enough, it is last month’s Tokyo Olympics that may illustrate the best path forward. Certainly, the decision to host was a contentious one, but overall, these Olympics showed that living with the pandemic is possible. Japan even managed to reap economic benefits despite the ban on tourists and spectators. But none of it would have been possible without buy-in from every participant. The Olympics illustrated the old adage: in helping others, you help yourself. In other words, sharing knowledge and resources in the fight against COVID-19 is not an act of philanthropy but an act of survival. Our world is an interconnected one, and we need to start acting like it.

No single country can weather COVID-19 alone. The US has the technical capacity but not the soft power necessary to lead. The UK is in a similar situation. Australia’s successful lockdown policy in 2020 rendered it complacent, and as a result it currently ranks dead last among OECD countries in terms of vaccinations. China is disinterested in anything beyond regional leadership and is fighting to stabilize the economy amidst a new round of lockdowns. Russia seems to be prioritizing their image rather than public health. Broadly speaking, the BRICS (Brazil, Russia, India, China, and South Africa) have failed to capitalize on their vaccine manufacturing power, and the bloc has “cast doubt on its fitness for purpose in responding to arising critical global challenges.” In fact the feeling is that both  Russia and China have propagated this image of having the virus under control, so they then market their vaccine to a number of the poor countries that they are seeking to ingratiate themselves with.

The European Union is an interesting case, illustrating both the strengths and weaknesses of multilateral cooperation. Each individual member state brings its own interests and domestic concerns, and the internal disputes are on display now more than ever in today’s post-Brexit environment. Unsurprisingly, the twin economic engines of the EU, Germany and France, lead in vaccinations by a wide margin. Member states with lower GDPs (and thus lower vaccination rates) such as Lithuania and Malta might be tempted to cry foul if help goes to the global South rather than their fellow EU members first. The EU has pursued herd immunity by ensuring that residents receive at least one dose of a COVID-19 vaccine, emphasizing partial over full immunity, which is why vaccination rates might look unimpressive compared to the U.S. or UK. However, EU nations have ensured a high rate of vaccinations per capita, and even if it is only one dose, it can vastly cut down on the spread of COVID-19.

The noted success in the EU seems to be in the way some countries like Italy and France have embraced the COVID Immunity Pass — “green pass” or “pass sanitaire.” On the other end, Germany which started out strong reaching nearly 50% of the public having been vaccinated has hit a wall, and along with other countries, is experiencing a huge spike in COVID cases.

And health officials from all over the EU are looking at the French experience to see if their efforts to fully embrace the idea of the pass, shows results in the coming month. President Emmanuel Macron’s mandates have taken their numbers to over 83% of the population having had at least one shot. A remarkable achievement for any developed country.  But as is always the case where there is success it leads to some kind of illegal activity which tries to capitalize on others fortune or misfortune. Thus, the rise of the “fake passport.”  Criminal enterprises have sprung up all over the world manufacturing fake test results, fake vaccine records, and now in France, Italy and elsewhere fake “immunity cards.” Those in the anti-vaccine movement point to this criminal element as the yet one more reason why the government should not be trusted and the fringe right leaning media love a story of greed and government overreach.

There are other success stories like the Tokyo Olympics. For instance, NATO was heavily involved in distributing supplies back in 2020 via the Pandemic Response Trust Fund, and the organization’s recent creation of a contingency plan “for future pandemics or large-scale medical emergencies” has met with strong approval from international publics. The Multilateral Leaders Taskforce on COVID-19, led by the heads of the International Monetary Fund, World Bank Group, World Health Organization and World Trade Organization, was launched in June but is already calling for enhanced pipeline visibility, product shelf life and support for ancillary supplies, as well as the end of export restrictions and other trade barriers on vaccines. It is precisely this sort of cooperation that we need to facilitate and build upon.

The US has much to offer and much to learn insofar as pandemic response, but ultimately the only way we win is with a multilateral approach. In an era of global supply chains and frequent travel, vaccine inequity and a confusing patchworks of mandates just hurts us all. Public health crises don’t stay within one country’s borders, and we’ve already seen how quickly variants can evolve and spread. The fight against COVID-19 will either be a global partnership, or else it will be one more forever war.