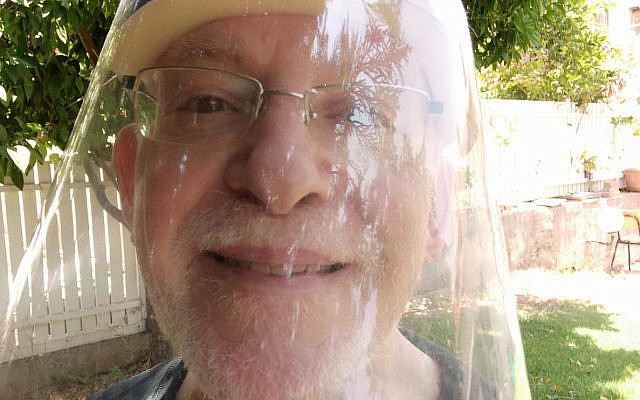 Shields may be better than masks, but that's another story (photo by Mark Lavie)

The COVID-19 pandemic is one of the worst natural tragedies to befall the human race in this generation.

But please humor me if I find some bright spots, and offer a suggestion of how to make things better by taking ourselves in hand.

Things are not going back to “normal.” Most people realize that now. Maybe in two years or so, when vaccines are widely available and courageous, decisive, enlightened governments (now in critically short supply) make vaccinations compulsory. By then, though, the “new normal” will have grown roots and become reality.

It means things like working from home and online school classes.

It also means no more huge, ear-splitting weddings, crowded bars, and shoulder-to-elbow restaurants. At the risk of sounding like a grouchy old guy—that’s not a bad thing.

What is with this out-of-control Israeli wedding culture? And not just weddings—even bar mitzvah parties have turned into raucous, expensive, mass-attendance affairs that leave people with ringing ears, headaches, and even nausea.

I’m one of those guys who knows how to use a sound meter. I also know the legal limit for sound level at a public event—it’s 85 decibels. That’s more than a train roaring by. By the time the “music” sound level approaches that, and it always does at weddings, I’m outside.

But who isn’t outside? The 20-somethings jumping up and down on the “dance” floor, of course. Their hearing is probably already damaged. And also the infants and small children they drag to these things. No protection for their ears, no attempt to recognize that hearing damage from sustained loud noise is irreversible. Hey, if it’s good enough for the parents, why not the little kids? Sorry, what did you say?

Weddings are so loud that Israeli wedding halls are located in industrial parks, fields, and other out-of-the-way places, so that entire neighborhoods are not kept awake until the wee hours of the morning by the ‘celebrations.”

OK, I admit, I’m a curmudgeon who was brought up by European parents who had classical 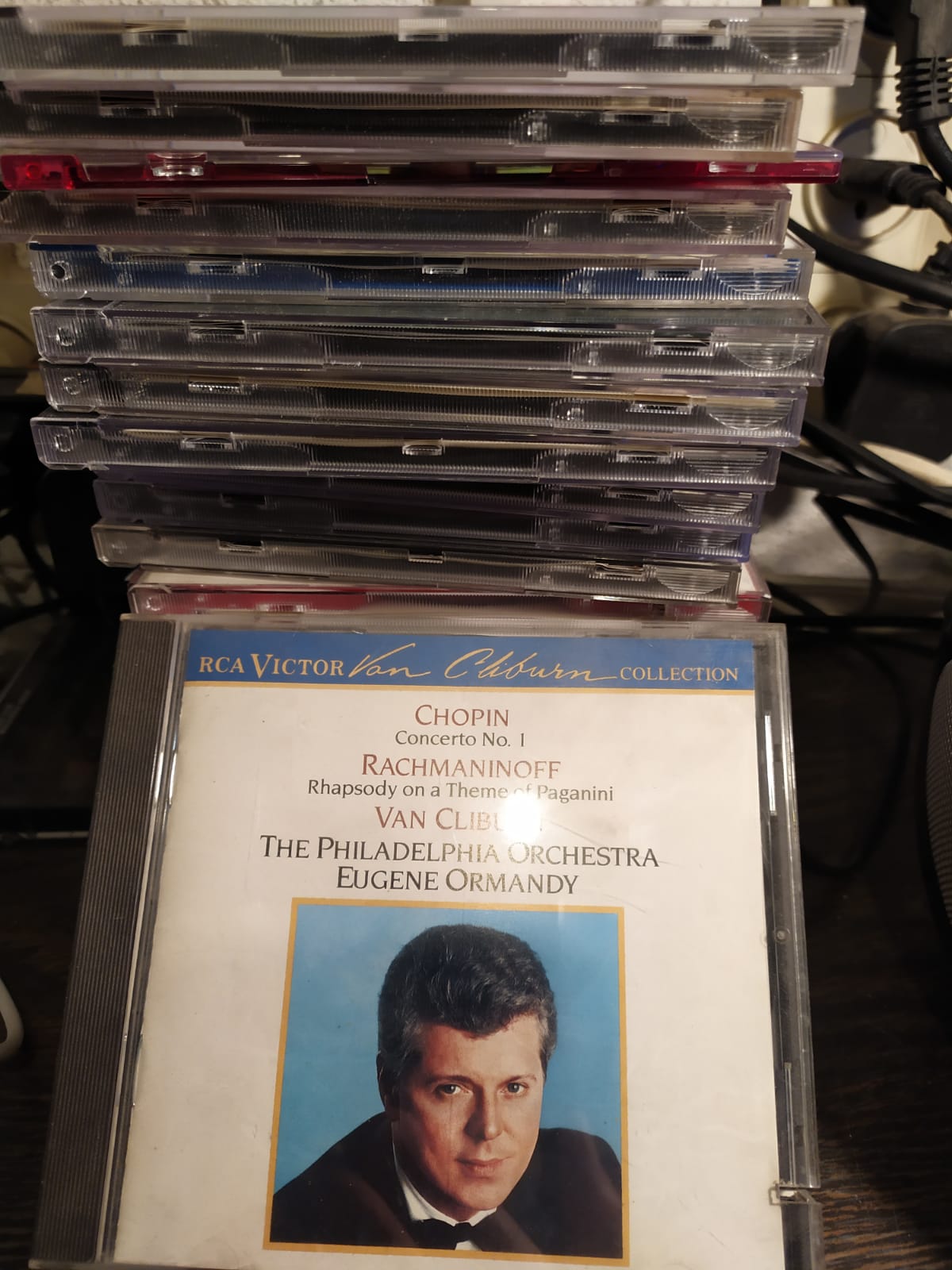 My music (photo by Mark Lavie)

music spinning on the record player, and gathered the family around the radio to hear weekly broadcasts from the Metropolitan Opera. The stack of DVD’s on my desk, which I play while I’m writing, is almost all classical music. I have excellent hearing, even at my advanced age, and I plan to keep it that way, because I really like hearing my music, including the high notes.

Before my son’s wedding more than 20 years ago, I stood behind the console that controls the sound, arms folded, and waited. It didn’t take long until the DJ came up to me and asked me what I was up to. I told him I’m a radio reporter, and as such, I’m a sound technician, and I know how to run his console. Then I added, slowly, “So you keep the volume down, or I will.” Afterward, people remarked that for a change, they were going home without a headache.

The noise level is just one aspect of the Israeli wedding culture. It’s not even the most shocking.

A typical Israeli wedding has hundreds of guests. They are treated to the equivalent of a full meal before the wedding ceremony, called a “reception,” and then a really full meal afterwards. The bill for such an event amounts to thousands of dollars. Where does it come from?

It comes from the guests. The tradition here is to find out what it costs the hosts to pay for each guest, and then that’s the wedding present. You write a check for that amount and put it in a locked box at the entrance.

And I thought the object was to give the young couple a fund to start their lives with. But that’s not what a wedding is for. Not here. Here, it’s to impress your friends, work colleagues, casual acquaintances, and all the rest with what a huge bash you can put on. It’s not as if it’s costing you anything.

Would it be such a shame if that whole tradition goes the way of COVID-19?

Likewise the crowded restaurant culture, where the noise level is so high that you can’t hear the person across the table—and of course they have to add canned music to that. Same with bars. If we are forced to keep restaurants and bars small and intimate, even by breaking the big ones up into smaller ones and sharing a kitchen, I don’t see that as a tragedy.

But what about the thousands of people who work in the wedding-bar-restaurant business? What becomes of them?

I’m not saying the transition will be easy, but right now, for example, we are in need of thousands of COVID-19 contact tracers. The government is paying out millions of shekels to people who have lost their jobs. How about offering a bonus to people who agree to undergo training to become tracers? That’s just one idea.

Here’s another one. As I write this, the Israeli government is deciding to spew out millions of shekels as a giveaway to each and every Israeli over the age of 18. Even millionaires. Even people who’ve kept their jobs. Even pensioners like me, who get a fixed income no matter what’s going on outside.

The prime minister says speed is of the essence, because if we start making categories, it will delay the payout for weeks, maybe months. I doubt that, but let’s say it’s true. So let’s turn it around.

How about if people who don’t need the money, or all of it, donate to organizations that are helping the really needy? There are plenty of them out there. Now, more than ever, they need our help. It would be a way of taking our own fate into our hands, without waiting for the government to do it.

There is no getting away from the fact that COVID-19 is a disaster for many, a tragedy for some, and a royal pain for all of us. Let’s put aside the Israeli national sport of complaining, and see instead what we can do to make life during and after COVID-19 better.

Correspondent MARK LAVIE has been covering the Mideast since 1972. His second book, “Why Are We Still Afraid?” walks through his years as a reporter in Israel and reaches a surprising conclusion.