As the whole world is reeling from the Covid-19 crisis, the two countries that can do the most to mitigate this global emergency by working together, are instead trading conspiracy theories and accusations, and undermining international efforts to contain the pandemic.

Over the past years, Sino-U.S. relations have deteriorated rapidly amidst trade war, increasing rhetoric of military conflict over Taiwan and the South China, Sea, accusations of espionage and influence campaigns, and an all-out competition to define the norms and values underpinning the international order.

The decoupling had gotten so bad that in November 2019, Henry Kissinger was in Beijing for the Bloomberg Next Economy Forum, warning that the US and China are in the “foothills of a Cold War”, saying that conflict could be worse than World War I if left to run unconstrained.

One month later in December, there was an outbreak of the Covid-19 in Wuhan, which resulted in worldwide panic and the de facto quarantine of the Chinese economy via city lockdowns, business shutdowns, and travel bans from the international community.

Immediately in January and early February, this led to seemingly gleeful rhetoric from U.S. officials and pundits, with comments from Commerce Secretary Wilbur Ross viewing China’s pandemic crisis as an opportunity to bring jobs back to the U.S., while hawks exerting “maximum pressure” strategy to boycott, divest and sanction (BDS) China accuse Beijing is committing bio-warfare via a virology lab in Wuhan, calls for the U.S. to deny medical aid and allow the virus to “rampage through the ranks” of China’s Communist Party, telling U.S. officials they are being used as unwitting agents of China, and to continue with trade tariffs and various sanctions on the Chinese economy while they battle the epidemic.

In March, China’s Foreign Ministry official Lijian Zhao counter-punched by tweeting that based on a March 4  Global Research article, the 300 U.S. soldiers who participated in the October  Wuhan military games may have inadvertently brought the virus with them, linking it back to the August 2019 forced closure of an army germs research lab due to safety/security lapse.

When both countries’ senior-level officials such as Senator Tom Cotton (R-Ark) and Lijian Zhao promote these theories, one begins to ponder if they actually have merits.

Do Chinese and U.S. conspiracy theories have merits?

It seems, there are historical reasons that provide grounds for these fringe theories.

From the U.S. side, the conspiracy theory is based on a January 26 Washington Times article by Bill Gertz entitled “Coronavirus may have originated in lab linked to China’s biowarfare program”, suggesting that the virus’ outbreak could be linked to Wuhan Institute of Virology, with BSL-4 lab equipped to handle the deadliest pathogens.  It cited an Israeli intelligence officer Dany Shoham for this claim, which was later picked up by other sites and promoted by U.S. government officials such as Senator Tom Cotton and some members of the Committee on the Present Danger: China (CPDC).

In March 2004, two lab researchers were first infected by SARS which caused a small outbreak, but by May the WHO declared it was contained.  In this case, Beijing punished five Chinese officials of the Chinese Centre for Disease Control and Prevention (CDC) for negligence over lab safety.

From the Chinese side, the conspiracy theory first began in a February 29 Global Research article and a few others, linking together a delegation of over 300 U.S. soldiers who participated in the 18-17 October Wuhan military game, the discovery of the first Covid-19 case just two weeks later, and the soldiers’ possible infection from the safety lapse and sudden closure of U.S. Army’s germs lab at Fort Detrick back in August 2019.

Unfortunately Fort Detrick, which also houses BSL-4 lab to handle deadly germs in its biodefense program, has a history of safety violations that gives fodder to Chinese conspiracy theories.

In 1992, Maryland officials investigated Fort Detrick for hazardous waste disposal violations by exploding chemicals with grenades, and in 1995, contractors found a leak in a sewer line just 100 feet from a steam sterilization plant, where waste water of deadly pathogens from 50 laboratories on the base is treated.

Sloppy safety habits caused anthrax leaks from the labs in 2002, where it was described as a dirty “rat’s nest” and personnel regularly failed to monitor or decontaminate “hot labs” where work was done on anthrax, and in 2018, operations in BSL-3 and BSL-4 labs were suspended due to flooding and leaks in storage tanks of hazardous waste.

Again in 2019, the germ lab was shut down due to several “serious” protocol violations, and Diana Digangi from ABC7 WJLA obtained a list of the violations from CDC. This includes an individual without required respiratory protection entering a room multiple times where researchers were infecting animals with toxins and select agents, risking pathogen exposure, and another incident of a laboratorian disposing hazardous waste without gloves on. CDC list of select agents and toxins include anthrax, ebola, botulism, hemorrhagic fever, smallpox and plague.

Given the poor safety record of both the Chinese and American biodefense labs and against the backdrop of heightened Sino-U.S. tension due to decoupling, Washington and Beijing have reasons to be suspicious of each other.  This is already manifested in a March 22 class-action lawsuit filed in Dallas against China for unleashing bioweapon on America, while on March 21, Chinese cyberspace continue to raise suspicion about the 300 U.S. soldiers in Wuhan.

Nonetheless, scientists have determined the Covid-19 is not manmade nor escaped from a lab, and the Chinese ambassador to U.S. Cui Tiankai has publicly disowned the conspiracy theory the virus escaped from Fort Detrick.

This is important because Cui distancing himself from his colleague’s statements sends an important signal from the top Chinese government official in the U.S., and more than a month ago on CBS’ “Face the Nation,” even before Zhao Lijian began to promote this conspiracy, Cui had already called the theory “crazy.”

Hopefully top U.S. officials would likewise disown Senator Cotton and others’ conspiracy theory, so both countries can begin to work together towards the common goal of confronting the pandemic and help the citizens of both countries heal. Just as King Solomon was confronted by two women fighting over a baby, he judged the fake mother is the self-serving one willing to kill and split the baby in half to get her way, while the real one showed unconditional love by sacrificing her wants so her baby can live. 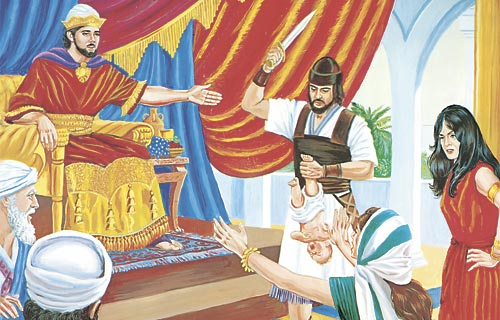 Now, President Xi and President Trump can decide whether they will continue to be divisive, feed their ego, and blame each other for the crisis while their citizens continue to suffer and die, or they can set aside their pride and join together as true leaders, to save their own people from attacks by the common enemy that is Covid-19.