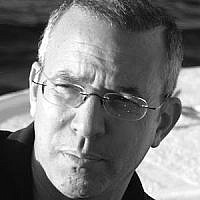 The Blogs
David Margolese
Apply for a Blog
Please note that the posts on The Blogs are contributed by third parties. The opinions, facts and any media content in them are presented solely by the authors, and neither The Times of Israel nor its partners assume any responsibility for them. Please contact us in case of abuse. In case of abuse,
Report this post.

I ventured out to Jerusalem’s hip train station last night, and observed the crowds, restaurants, and Israeli dancing in full swing.

It’s totally obvious that within a few weeks we will have many thousands of new Covid cases daily, and will again overwhelm the hospitals with serious cases.

The answer to all this is a simple one, but one Western society selfishly refuses. Vigilant, pervasive, real, mask-wearing (not below the nose, etc). Look at Hong Kong. From the beginning of the pandemic a year and a half ago to now Hong Kong has averaged about twenty new cases a day (currently it is one case a day). This with almost eight million people in one of the world’s highest living densities, with one of the world’s busiest international airports, with virtually no lockdowns, and until recently — no vaccines.

Now with the Delta varient, Hong Kong continues to maintain that average. Why?

In Israel, as almost everywhere else in the Western world, almost no one wears a mask indoors or outdoors. The train station last night was absurd. Restaurants packed wall to wall. Israeli dancing with hundreds of people sweating and breathing hard face to face, and even couple dancing. The government regulations are utterly meaningless. They never really focused on masks and never seriously enforced them. There is no doubt we will return in a month or so, with some degree of moderation from the vaccines, to the unhappy corona situation we only recently left.

Since Western society is obviously too selfish (four million people never needed to die, tens of millions never needed to have their lungs, heart, or kidneys damaged, and almost everyone did not need to suffer financially) and is actually oblivious to the obvious lesson here, the only way out (other than a medical cure) are vaccines.

So now we’ll have a third booster (and of course a significant minority will hold back, again selfishly) and then we’ll have a tweaked version for this variant in several months or so, and we’ll ride this merry go round like the flu, but worse than the flu, and play catch up for God knows how long. Problem is the vaccines take time to test, and are nowhere near being able to be manufactured at the scale the world needs. So, many millions more will die, and many tens of millions more will suffer various damage to their body’s organs. All because it’s too annoying to wear a mask. And after that, all because too many people just don’t want to vaccinate.

Aside from a more responsible collective cultural mentality, in Hong Kong masks are worn as religiously as underwear from the age of three — and outdoors also. Mask wearing is rigorously enforced with the equivalent of 2,500₪ fines. But the primary enforcement of failure to wear (properly above the nostrils) is social non-acceptance.

Everyone, everywhere, should wear a mask as in Hong Kong (obviously some people can’t but they are a tiny number). This should be strongly vigorously enforced with numerous inspectors and significant fines. And everyone should be vaccinated if one is available. Or they should not be able to enter their workplace, school, public transit, or stores. Of course, that’s not happening, so this is where we are.

Covid is the greatest example and exposure of widespread selfish behavior that I have seen in my lifetime. We see that the elderly and at-risk vaccinate and wear masks. We see those younger and not as at risk — not so much. It is absolutely breathtaking (and sickening, no pun intended). It could and should be the greatest lesson of our generation. Yet everyone is oblivious to it. I wonder what the people of Hong Kong think as they look out and witness this sadness.

About the Author
David Margolese is the co-founder and former CEO of SiriusXM Radio, America's largest radio broadcaster. Nominated by Harvard Business School as Entrepreneur of the Year, and inducted into NASA's Space Technology Hall of Fame, he now lives in Israel with his wife and family.
Related Topics
Related Posts
Comments