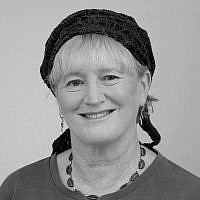 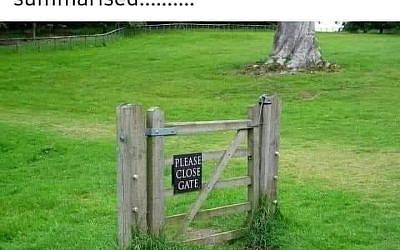 We are living in the “Age of Idiocy”.

The headlines are incomprehensible. News headlines on the second day of the Sukkot holiday trumpet  the ignominious retreat of the Israeli Police Force trying to enforce corona social distancing regulations in Synagogues in Israel. The leader of the free world  who is ill with the virus spurns guidelines of the CDC and common sense. The true battle of the medical professionals in the hospitals to save lives is ignored. Science is shunned.

Was Yom Kippur just a week ago? For me it was wonderful. Praying outside was a joy. No crowds, no issues with the air-conditioning being too cold.  No need to count the pages remaining till the end of prayers: in fact, it was hard to keep up with the pace as the morning prayers which in a regular year continue for about five hours were compressed into three. No need to be concerned about noxious odors, no concerns about bad breath (an extra welcome function of the masks).  Watching the sun set as the gates of heaven closed and the congregation prayed powerfully together for an end to plague and illness and for a complete recovery for the afflicted.

Eight  months ago, back in March 2020,    I believed  that this is exactly what we needed and should pray for.  Back then I thought that the appropriate response should be that communities work together to end  this plague and to heal the sick.  In those more innocent days, I took it for granted that we would work together to battle the coronavirus.  March 2020 was the Age of Innocence – an age that has ended.

How wrong can a person be? Tragically here in Israel, the true blight is our idiocy. We refuse to understand the essential mortality that we all share.  A mortality shared by Arab and Jews alike, by rightists and leftists, by Haredim, modern orthodox and secular.  How does one make sense  of Rav Nachman of Breslov’ disciples battling for the right to fly to Uman, and in doing so endangering their families, communities and everyone they came in contact with? Incomprehensibly, many refuse to wear a mask out of “principle.” Wearing a mask in some parts of the world has became a political statement.  Just a few weeks ago one of our learned politicians declared that “as long as there are demonstrations the synagogues will be open.” I heard the declaration and inwardly smirked at the absurdity of the statement. If it is dangerous to be in demonstrations, it certainly is dangerous to be in closed synagogues.  Would religious  communities really desire  to put themselves in danger?  Why is the fact that  one group is endangering themselves a reason to be endangered.   Have we reverted to the childhood refrain that “it is not fair”.  To my astonishment, this statement was repeated countless times without a shred of embarrassment.  The Knesset debated the issue for days.  The Police Chief would not discuss fining demonstrators without discussing illegal prayers.    How does any of this make any sense?

In the words that we read yesterday in Kohelet “there is nothing new under the sun”.   All those years ago we were warned in the words of the Book of Judges:  “When there is no king every man does what is right in their own eyes”.  (Book of Judges chapter 17 verse 6 and again in chapter 25 verse 21). Ironically it is every man doing what is “right in their eyes” which leads to anarchy and to evil.  This happens when there is no leader.  So everyone has their own ideas on how to battle the virus.  Some want the schools to open, some the Yeshivot, some want herd immunity.  Everyone does what they think best “in their own eyes” and the result is a total disaster.

So here we are at the beginning of the joyous festival of Succot – a time to be happy, focusing on the joys of simpler living and an appreciation of family Yet, around us the plague rages, we are leaderless  and instead of rationally working together to combat the virus, we turn upon each other and ignore the fact that we are all in one boat together.

We do not have to wait for the verdict of the historians to be scathing.

Even without the perspective of history it is clear that our behavior makes no sense.

We are obliged to take responsibility for leadership and demand common sense.  We must refuse to accept stupidity and clannism.  It is only by having real leadership and working together that we can eschew idiocy and work together.   It is time to herald in an “age of wisdom and understanding.”

About the Author
Nurit Bachrach made Aliya from Australia in 1985. She is a qualified lawyer who worked for 10 years as a public prosecutor in Israel, founded the Mosaica Center of Conflict Resolution by Agreement in 2003 and has been the executive director of Mosaica , Religion, Society and State since 2016. She lives with her family in Jerusalem.
Related Topics
Related Posts
Comments