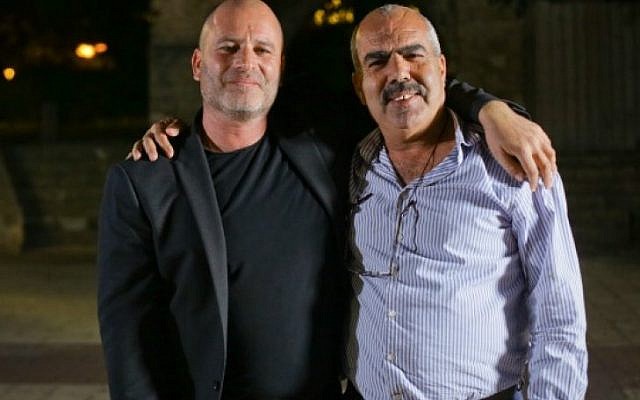 At some point along the way, I am not exactly sure when, it somehow was no longer enough to be creative and filled with imagination. We had to be bold, never boring. We had to be risk takers and innovators, and most importantly – strategic. I found myself weaving the word strategic into my sentences so that I would sound more purposeful and serious-minded. And especially for nonprofit leaders, now bestowed with the title of ‘social entrepreneurs,’ there was growing pressure to demonstrate their ability to act as ‘strategic thinkers.’

Just a few weeks ago I thought again about the idea of what ‘strategic thinking’ actually looks like in practice when I heard about the opening of the first tech hub in the Arab city of Kfar Qasem. Establishing the first government-funded, co-working space for entrepreneurs in an Arab city marked a real milestone. It was the collaborative achievement of many, including the local political leadership, the national government and a dynamic non-profit known as Tsofen. 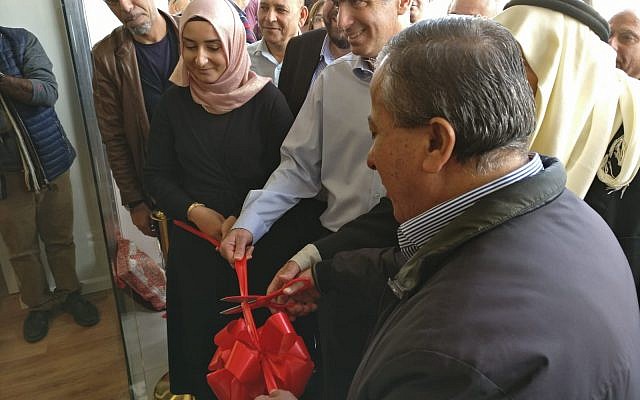 The opening of the Kfar Qasem Tech Entrepreneurship Hub with Director General of the Ministry for the Development of the Negev, Galilee and Social Periphery, Ariel Mishal, the Mayor of Kfar Qasem, Adel Badir and the hub manager and Tsofen alumna, Amna Taha. February, 2018. (Courtesy of Tsofen).

Way back in 2008, Tsofen (‘code’ in Hebrew), a co-led Jewish-Arab organization, became the first nonprofit to take on the ambitious goal of integrating the Arab community into the booming high-tech sector, one of the main engines of the economic growth in Israel. I was first introduced to Tsofen’s work in their early years as part of my research on the topic of nonprofits and strategic thinking. At first glance, it seemed that Tsofen was quite strategic – coming up with such a bold vision for their organization. And such a win win – with so many underemployed Arab college graduates and a high-tech industry in need of so much talent.

It turns out though, that, like all effective nonprofits, Tsofen had to have more than just a vision and an immediate plan of operation. Being strategic also required patience. It meant that Tsofen had to carefully build long term strategies and determine priorities as needed. It may sound a bit less exciting, but was just as essential, nonetheless. Let me explain…

Right from the start, Tsofen had a very clear vision involving the recruitment, training and placement of Arab engineers in high-tech companies along with the creation of high-tech industry in Arab communities. As its name implied, achieving this was linked to the role of computer coding, but it was also about “cracking the code”, as the co-founders explained, in building a more shared society between Arabs and Jews in Israel.

In the early years, though, there was just a whisper of momentum for these ideas. There were disparate efforts in the private and public sectors, and no quick fixes to “cracking the code.”  Both a leap of faith and more than a bit of imagination were needed by the partners and funders.  A longer-term vision was required.

We sometimes forget, especially with such unrelenting pressure on nonprofits to show immediate impact, how ideas take hold over time. Now, of course, the notion of integrating the Arab community into the high-tech sector enjoys strong political consensus and even governmental support, and is considered part of the mainstream discourse on economic development. 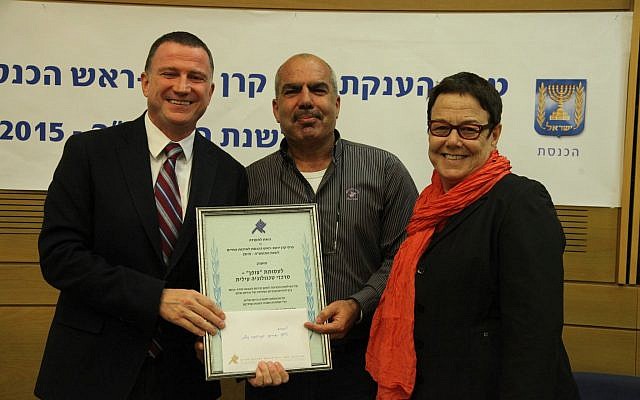 Tsofen is awarded the Knesset Speakers` Quality of Life Prize for 2015, with Speaker of Knesset, Yuli Edelstein, and Tsofen co-founders Sami Saadi and Smadar Nehab. February, 2016. (Courtesy of Tsofen).

In 2008, however, it was largely an untested idea. There were some early successes – with the placement of Arab college graduates in high tech businesses and the building of private sector partnerships, most notably with Galil Software, which had recently opened in Nazareth with the specific intention of employing Arab high-tech professionals. But Tsofen found that it couldn’t do everything it wanted to do all at once. Being strategic for them meant being patient and planning for the future. In the meantime, they would have to prioritize the integration of Arab engineers into high-tech companies. Opening high-tech centers in Arab localities would eventually follow, once Tsofen successfully proved the availability of local engineering talent.

And over time, the momentum began to grow as a result of the collaborative efforts of many civil society actors, governmental and private partners who shared this vision and were willing to invest in Arab companies and hire Arab engineers.  We now see a high-tech industry beginning to take hold in the Galilee, a region where over 50% of the Arab population resides. Today over 20 high-tech companies are operating in Nazareth alone. The momentum is spreading to other parts of the country, as demonstrated by the opening of a high-tech center in Kfar Qasem.

Over a decade ago, we used Tsofen as a case study to show that strategic thinking is more than taking risks and having bold ideas. It also is about having the discipline required to build a long-term vision. As Tsofen continues to evolve, we can observe more about how civil society actors scale up ideas and adapt them to diverse populations, as seen in Tsofen’ partnerships with efforts to integrate other underrepresented groups, such as Ethiopian-Israelis and the Ultra- Orthodox community, into the high-tech workforce. We can see what happens when you combine a leap of faith and a sense of imagination, together with the careful restraint and patience necessary to build a long-term strategy for sustainability and success. 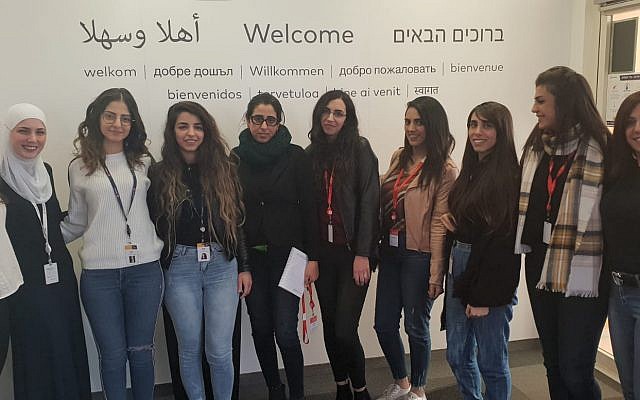 A tour of Amdocs Israel in Nazareth, for Tsofen participants to meet with fellow women hi-tech engineers, discussing challenges in the industry and ways to overcome them. January, 2018. (Courtesy of Tsofen).
About the Author
Dr. Nancy Strichman teaches graduate courses in evaluation and strategic thinking at the Hebrew University’s Glocal program, a masters degree in International Development. Her research has focused on civil society, specifically on shared society NGOs and gender equality in Israel. She lives in Tivon, Israel with her four children and her very patient husband.
Related Topics
Related Posts
Comments