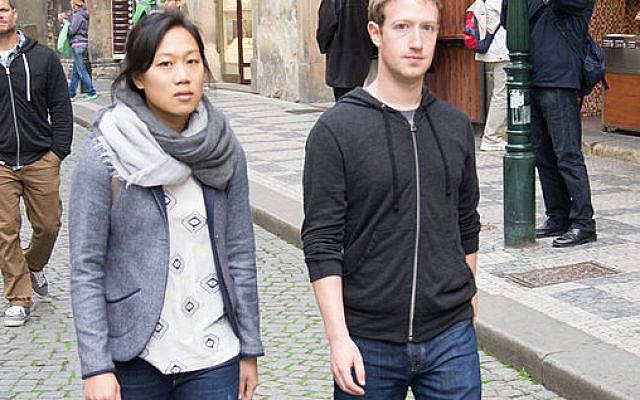 I was watching the delightful hit movie Crazy Rich Asians, and was wondering how we would respond to a similar movie that featured Jews instead of Asians. The plot would be largely the same – smart Jewish girl from poor family meets good looking Jewish boy who does his best to hide his wealth, but ultimately she meets the family, all is revealed, and …. You might say that it could never happen in the Jewish world – we are so well inter-connected that it would be impossible for her not to learn that that he was from the Park Avenue Goldbergs rather than the Kiryas Yoel Goldbergs.

The response from some Asians has been to celebrate a movie “about Asians without martial arts or stereotypical nerds” and from others who are still looking for a meaningful (and culturally appropriate) celebration of Asian culture, which they will probably never find. While no ethnic group likes to be stereotyped, Asians (like Jews) are sufficiently diverse that no depiction in pop culture will ever be good enough for everyone.

The movie has been compared to the hugely successful Black Panther in the way it has broken through traditional stereotypes, and given the subject group a new sense of pride seeing “one of us” in lead roles.

The Jewish response to Crazy Rich Jews would likely be savage, largely because the “rich Jew” stereotype is one that has been used for centuries by antisemites. And even for those who approved of the movie, we could hardly celebrate it as a breakthrough for Jewish characters in pop culture.

There are in fact two elements to a story: the story line, and the context in which that story line is delivered.

The story line in this movie is about families, communities, and relationships. In Asian culture, families are considered the essential building blocks of cultural continuity (and wealth continuity), and parents have a habit of seeking to direct their children’s lives as much as possible. In that regard, Asians and Jews are very similar. And the relationship between a man, his mother, and the woman he chooses (or would like to choose) as his wife is perhaps the most ancient bizarre love triangle in the world.

The story line of the tension between a person’s commitment to their family and culture, and to their life partner, is timeless, and cuts across gender and cultural boundaries. Looking at it that way, it’s not hard to separate the underlying story from the context in which it is presented. This particular story line delivers beautifully when set in the glamour of rich Singapore, and could work equally well in Jewish New York. It may not resonate as strongly for some other ethnic or minority groups.

What are the relative importance of story line and context? Are they separate yet equally important? A good story line can be ruined or rendered unbelievable if not presented in a suitable context. And the best context in the world cannot make a weak story into a good one. They do need each other, but ultimately I would say the story line is the more important.

So while I won’t be holding my breath for either Crazy Rich Jews or Jewish Panther (with apologies to Hebrew Hammer), I will continue to enjoy classic story lines presented in new and innovative ways, and not allow myself to be overly distracted (nor aggravated) by context.

About the Author
David is a public speaker and author, an experienced technology entrepreneur, strategic thinker and advisor, philanthropist and not-for-profit innovator. Based in Melbourne Australia, David consults on high net worth family and business issues helping people establish succession plans, overcome family conflict, and find better work/life balance. He is an adjunct professor at Swinburne University, with a focus on family governance and entrepreneurship. David incorporates his diverse background into his thinking and speaking, which cuts across succession planning, wealth transition, legacy, Jewish identity and continuity. He is passionate about leadership, good governance, and sports. David is married with five children.
Comments