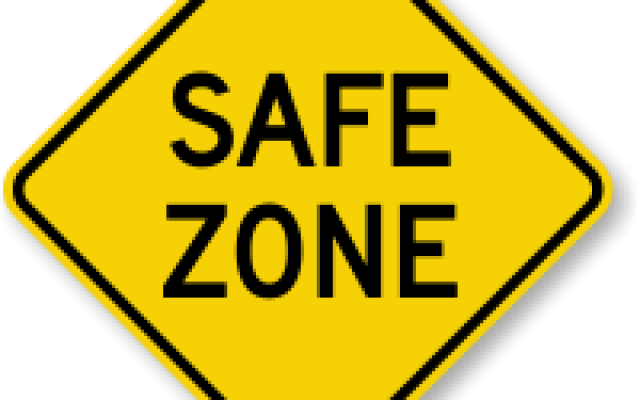 When I was in 9th grade, there was a classmate who was very effeminate, and who never liked engaging in sports or talking with the guys about the girls in our class we had crushes on.

We mercilessly teased him, calling him a “homo” (the preferred slur at the time) and otherwise making fun of him for what we felt were his sexual proclivities.

I don’t know if he actually was gay.  He left the school after 9th grade, and I haven’t seen or heard from him since.

I thought of this young man, after recently listening to a panel discussion sponsored by Yeshiva University that was titled, “Being LGBTQ+ in an Orthodox World.”  It featured four former and current YU students who are openly gay, and they discussed their struggles with coming out in an Orthodox world that does not look very kindly on non-straight individuals.

Each of their stories was different, but the common theme that ran throughout the panel discussion was the intense pain and suffering these four young men and women experienced in their struggle to finally reveal their true identity.

My wife and I also have a couple of close friends whose children are gay and trans, so I am familiar with the hardships that many families are facing in trying to merge their own Orthodox life with their children’s sexual orientation that is so very foreign to them.

I am not a rabbi, and I am certainly not qualified to answer the very complex halachic questions that LGTBQ individuals might have if they choose to continue to lead an Orthodox life. I leave that to poskim who are much wiser than me on such matters.

What I do know is that on a simple human level, the Orthodox community must come to grips with several realities that might be difficult for some of us to accept.

In every yeshiva high school class, there are likely one or two students who are LGBTQ … and these youngsters — our children — need a safe space to be able to discuss their sexual orientation and decide whether or not they want to make that information public to their family, friends, and the rest of the world.

Some of our schools have dealt with this challenge responsibly, and have made their students aware of the opportunities to discuss such matters with faculty members and mental health professionals who are trained to handle such cases.  However, there are other schools in which administrators prefer to make believe that their schools are immune from the issue. Or when cases of students who are struggling with issues of sexual identity do emerge, they feel uncomfortable and helpless … and deal with such cases by doing nothing, because they simply don’t know what to do.

In addition, our synagogues and schools are now facing (or are soon going to be facing) some difficult questions.  What should a shul do when a member’s lesbian daughter has a child, and they want a mazel tov announcement made and wish to sponsor a kiddush as proud grandparents?  What happens when two religiously observant men who are civilly married want to become members of an Orthodox shul?  What happens when a lesbian couple wants to enroll their children in an Orthodox day school?  If it hasn’t happened already in your community, it will be happening very soon — and we will need to find a way to make these individuals feel a part of the Orthodox community, while still being faithful to halacha.

It might seem strange to many of us to learn that those who are open about their LGBTQ status still wish to remain within the Orthodox community.  I know that I had trouble understanding this in the past. However, the Orthodox world has so many rich, meaningful, and wonderful customs and practices, and LGBTQ individuals should not have to discard what they otherwise love — including their relationships with family members — simply because they were born a certain way.

Also, we need to sensitize ourselves with respect to the language we use when we speak to others about certain matters, and the expectations that we might have.  Don’t assume that the 25-year-old unmarried son of your close friends, who has a successful job as an investment banker, wants to be set up with an eligible young woman of marriageable age.  It could very well be that he is gay, and struggling to decide whether or not he should come out publicly. Also, it might be wise for us to actually speak to Orthodox LGBTQ individuals who have already come out – and ask them how we can be more sensitive in our language and in our actions.

To be frank, it has been very hard for me to change my thinking on the matter.  Like those in my age bracket, I grew up in an age where homosexuality was considered a mental illness.  Thankfully our society has changed its approach on how we approach this issue — but with this shift has come the difficult task of changing our long-held attitudes on the subject.  I’m getting better at it … I’m still not quite there yet.

After listening to the speakers share their stories at the YU panel, I felt particularly pained by my past actions … and I decided to search for the 9th grade classmate who my classmates and I teased back in the 1970s.  I wanted to say that I was sorry for what I did.  I looked on Facebook and did a Google search, but to no avail.  I don’t know if he is still alive or not.  My other classmates don’t seem to know what happened to him either.

I may never be able to apologize to him, but it’s not too late to make sure that our children and grandchildren will not tease (or be teased) by their classmates for the same reasons.