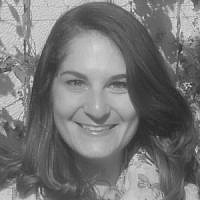 The Blogs
Eryn London
Apply for a Blog
Advertisement
Please note that the posts on The Blogs are contributed by third parties. The opinions, facts and any media content in them are presented solely by the authors, and neither The Times of Israel nor its partners assume any responsibility for them. Please contact us in case of abuse. In case of abuse,
Report this post.

“In the beginning God created the heavens and the earth…” The world was created in 6 days and then God rested on the 7th day. The world went from a mass of nothingness to something. In only 6 days a ball of mass was filled with life.

According to a Midrash in TB Sanhedrim 38b, Adam was only in Garden of Eden for twelve hours.

Adam’s dust was gathered in the first hour. In the second hour it was kneaded into a shapeless mass. In the third hour its limbs were shaped. In the fourth, a soul was infused into that clay body and he came to life. In the fifth, he arose and stood on his feet. In the sixth, he named the animals. In seventh, Eve became his mate. In the eighth, Adam and Eve lay down together as two and arose as four, for Cain and Abel were conceived. In the ninth, Adam was commanded not to eat of the Tree of Knowledge. In the tenth, he sinned. In the eleventh, he was tried. In the twelfth hour he was expelled from Eden.

Adam and Eve were created, they created two more lives, and not long after they were sent out from the Garden of Eden and were given numerous punishments. The world that was given to them was now going to made difficult to live in.

Not so long after Cain kills Abel. Cain was jealous of God’s love of Abel. He becomes angry with his own brother, and instead of figuring out how to either better himself or how to talk to his brother, he kills him. Not only that, but he tries to hide the fact from God- the very being that he was trying to impress. Cain is then punished to wander the earth, with a mark on him saying that he is the father of murder.

But interestingly, at the end of the Parsha Cain finds solice. He finds a place that accepts him, and he even has children. His children then become creators. In the middle of hearing about the lineage of Cain (and Adam), we learn about the creation of music and working with heavy metals. Human found a way to create, not only to destroy.

The past few weeks have been difficult one’s in Israel, to say the least. Once again we find ourselves in a time of brothers killing brothers.

I pray that we find a way to find ourselves in line with the end of this week’s Parsha. Where we figure out a way to live together, even with our past history. And from that, may we merit to create something new and beautiful, just like the children of Cain. Something that will drastically change the way the world works, for the better.

About the Author
Eryn made aliyah to Israel in 2010. She is studying for orthodox smicha, as well as running activities in a local nursing home.
Related Topics
Related Posts
Eryn London
Comments