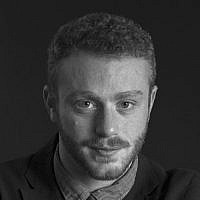 The Blogs
Sam Foer
Apply for a Blog
Advertisement
Please note that the posts on The Blogs are contributed by third parties. The opinions, facts and any media content in them are presented solely by the authors, and neither The Times of Israel nor its partners assume any responsibility for them. Please contact us in case of abuse. In case of abuse,
Report this post.

On April 30th, the German government criminalized all supportive Hezbollah activity and expression, advocacy, and organizational efforts in the country when it officially designated Hezbollah as a terrorist organization. This was a long time in the making. The New York Times reported that the United States and Israel had been pressuring Germany for a while to designate Hezbollah in its entirety, including its political and paramilitary wings, as a terrorist organization. Since 1997, the U.S. has held the same designation. However, under German law, unlike current U.S. law, as soon as the terrorist designation is applied, virtually all of an organization’s rights are nullified, its activities are severely restricted, and free speech is thoroughly suppressed. Indeed, as a result of the new designation, Hezbollah propaganda cannot even be posted publicly, in person or online. In pressuring Germany to adopt such laws, the United States, in effect, disavowed the philosophical and practical underpinnings of our own First Amendment, which protects our right to express ourselves freely, with few exceptions (a relevant exception will be discussed at the end of the article). We in the United States should be extremely concerned about what the implications are.

To the naked eye, it might seem like there is nothing wrong or troubling about the United States pressuring Germany to apply the same designation to Hezbollah as we do. Hezbollah is brutishly anti-Israel and until very recently, their charter explicitly stated that its purpose was to destroy the Jewish state. To believe that Hezbollah has moved on from its anti-Zionist stances and goal to destroy Israel, one would either lack critical thinking capacities or indulge in apologetic acrobatics. Indeed, Hezbollah denies that its paramilitary wing and its political wing are at all separable, and the organization has a vast rocket arsenal prepared to launch at Israel on a moment’s notice. The organization is backed by the powerful Islamofascist country, Iran – a primary enemy of the U.S. and the biggest existential menace to Israel. The virulent anti-Zionist rhetoric and propaganda that Hezbollah purveys contribute to the alarming increase in global contempt for Israel and the Jewish people. The organization is a flagrant threat to Israel on multiple levels.

We should hope and expect that a country responsible for committing the worst atrocities against humans in modern history, targeting Jews in particular, would readily cede to pressures from two allies to ban an organization that has the goal of destroying the Jewish state. Indeed, Germany has for a long time committed to reparative and conciliatory efforts with respect to German-Jewish relations and promotes active government-sponsored anti-anti-Semitic work. Germany, like many other European states, along with Israel, has even gone so far as to criminalize Holocaust denial, something the United States could not – and should not – consider doing. Indeed, Germany and Israel would find their efforts entirely non-consequential if they attempted to pressure the United States to adopt Holocaust denial laws. That is unless the Supreme Court either overturned all Free Speech Clause precedents and radically altered the established law that protects all speech based on viewpoint, or the people came together to modify or overturn the Clause. This, however, is highly unlikely in the near future and would be the death-knell of our liberal democracy.

And yet, the established law that emanates from the very values enshrined in the First Amendment’s Free Speech Clause does not seem to be taken seriously with regard to how our current administration approaches foreign powers. The fact that Germany adopted laws that criminalize Hezbollah activity is not ultimately the problem, although as an advocate for free expression, I find laws that restrict speech based on viewpoint fundamentally abhorrent. Indeed, I would be more concerned for the state of my country if the Swastika were banned, than if a bunch of skinheads marched through my street waving it to intimidate me. While I think it would be best if every country had a First Amendment-like guarantee on all forms of expressive activity, Germany’s “guarantee” of free speech does not extend to what the government has determined constitutes “hatred.” Legally speaking, therefore, Germany does not have to protect all viewpoints and political expression from government limitation and regulation.

What is troubling is that the United States, in pressuring Germany to adopt such laws, contravened the very values that it has a legal obligation to uphold at home. A fundamental, inalienable right by definition does not cease to be fundamental and inalienable on foreign soil. Therefore, to pressure a foreign country to treat such matters (rights) differently than we do in America is to deny the quality of inalienableness and fundamentality, thereby disrespecting and even implicitly disavowing the values that undergird the First Amendment’s near-absolute guarantee on expression. It gets worse.

To pressure foreign countries to adopt laws that are contrary to domestic freedoms and the values inscribed within them is to declare that the only reason why the U.S. has not attempted to implement the same laws domestically is due to the existence of a constitutional barrier. This would be to say that America’s current administration believes that the Free Speech Clause is devoid of all philosophical and practical significance and value, and is only to be upheld because of its inability to permit the adoption of laws that criminalize disagreeable expression, such as Hezbollah’s. This cancels the philosophical and jurisprudential justifications used to maintain and advance its status as an ‘inalienable right.’ By implication, the value-rich reasons for upholding the Free Speech Clause were replaced with merely politically practical concerns. In pressuring Germany to criminalize all Hezbollah activity, the U.S. declared that the Free Speech Clause is not an inalienable right that should be upheld indefinitely, but rather a set of established Constitution-based laws that have no virtue other than their mere existence, and should only be upheld on that basis. This is true even if the Trump Administration does not have the intention of criminalizing expression predicated on viewpoint. So then, what’s the point of law, and why uphold them at all?

If the current administration’s only reluctance to undermine the Free Speech Clause is due to the fact that it exists, why not attempt to change that in a way that would allow the pressures we put on foreign nations to be reflected at home? After all, if you outright deny that the existence of something contains any value, intrinsic and/or pragmatic, you do not have to refute the existence of such values. Instead, you can pave over the existence of the object in question as if it should not have existed in the first place. So, if the current administration’s foreign policy dismisses the values of free speech, theoretically our administration should work to overturn the barriers preventing the domestic implementation of laws that we promote internationally. Advocating for foreign countries to adopt laws inconsistent with values cherished domestically winds up substantiating those laws as superior to our own.

While Hezbollah is a terrorist organization, not all of its activities are terroristic, even if they indirectly support, purvey, or endorse the politics of terrorism through propaganda and distasteful rhetoric. And keep in mind that just as an injustice anywhere is a threat to justice everywhere, a threat to free speech anywhere is a threat to free speech everywhere. The United States has threatened its own citizens’ expressive freedoms when it worked with Israel to pressure Germany to criminalize Hezbollah.

One important thing to note is that the United States Supreme Court complicated these matters in 2010 when it ruled on Holder v. Humanitarian Law Project. The Court ruled that the United States government may regulate activity that directly or indirectly supports foreign terrorist organizations materially. This allowed a federal law to criminalize “any service, training, or other specialized knowledge” supportive of foreign terrorist organizations. While the Supreme Court has yet to take up such a case, Humanitarian Law Project opened the door for allowing the prohibition of any speech supporting a foreign terrorist organization. The extent of this ruling’s applicability may need clarification, as it allows the government to severely restrict freedom of association and speech even when such activity is only indirectly supporting illegal activities.

Chief Justice John Roberts wrote that “[u]nder the material-support statute, plaintiffs may say anything they wish on any topic,” acknowledging that, at least for the law the Court was ruling on in Humanitarian Law Project, independent advocacy not controlled or coordinated with foreign terrorist organizations is not restricted, and likewise, supportive propaganda and rhetoric is still legal in most forms, unlike in Germany. Because the United States has not yet criminalized all activity – including speech – supportive of foreign terrorist organizations, pushing Germany to adopt regulations that are inconsistent with current American expressive freedoms still contravenes our domestic principles. Indeed, consistent with my main analysis, pushing this foreign policy may reflect the United States government’s desire to criminalize all speech indirectly supportive of [foreign] terrorist organizations – a potentially dangerous curtailment of expression, but one the current administration may anticipate (and hope) the Supreme Court will permit. The U.S. may have relied on this opening in First Amendment jurisprudence to justify pushing foreign countries to adopt laws that our government may soon try to implement itself. The U.S. may be preparing to test the extreme limits of the Free Speech Clause at home.

About the Author
Sam Foer graduated from the University of Rhode Island (URI) in 2020 where he studied Political Science and Philosophy. He has worked closely with the Foundation for Individual Rights in Education (FIRE) to defend the First Amendment in higher education, and was a 2019 Hertog Fellow and a 2020 Tikvah Fellow.
Related Topics
Related Posts
Comments