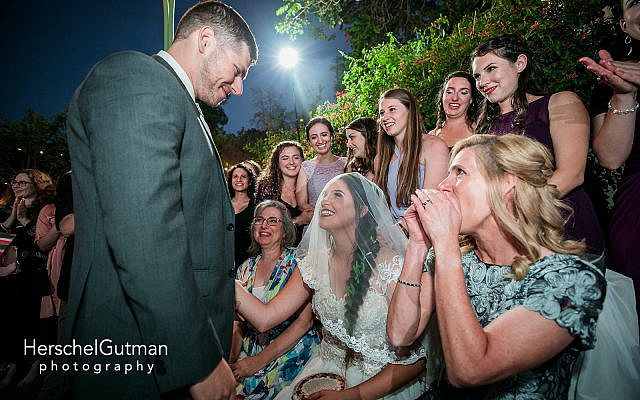 In Chinese, the word “crisis” is composed of two characters, one representing danger and the other, opportunity. John F. Kennedy used this image during his presidential campaign in the 1960s, and though the assertion is probably not true in Chinese, it does reflect a reality that is exceptionally relevant for Israel’s religious establishment.

The coronavirus crisis that began last March and the restrictions placed on workplaces challenged Israel’s rabbinate — and in the area of marriage registration, there was a meaningful response. On May 22, 2020, the religious affairs ministry published a set of regulations meant to ease marriage registration for couples who were seeking to be married despite the restrictions. The regulations suspended the requirement for couples to appear in the local religious ministry to open their file, enabling them instead to both register and “declare” their personal status over video link (such as Zoom). In addition, the Ottoman Empire requirement to produce “witnesses of singleness” — who are supposed to testify that the couple is eligible to be married — was modified, such that these “witnesses” could make their attestations by video. And finally, one the most sensitive areas of the marriage registration process — the family purity class which is meant to insure that Israeli Jewish couples know the rules of Jewish family purity and that brides will immerse in a mikveh before their wedding — was moved to a digital platform.

The fact that all of these processes in the marriage registration process could be done virtually in a time of crisis is the best indicator that there is no halachic or civil need to have them done in person. In fact, unlike 100 years ago (when the Turks originally instituted marriage registration in the Land of Israel), today’s authorities have clear information about a couple’s personal status before they make an attestation. In addition, the need for “witnesses of singleness” is for the most part obviated by the fact that couples must present their identity papers when registering, and today the databases of the rabbinate essentially know all this information beforehand. Finally, with regard to family purity instruction, it is wholly unclear on what basis the rabbinate insists that women participate in a course related to mikveh before they are married, and certainly, such a class need not be in person.

And herein, lies the opportunity. Allowing Zoom into the rabbinate saved couples countless hours and took some of the sting out of marriage registration in Israel. Couples didn’t need to take off work or school to register, and the rabbinate demonstrated that it was indeed part of the informational age. Young people felt more at home in the virtual halls of the rabbinate than they will ever feel in the local religious council.

But all too often, an opportunity is missed. The coronavirus crisis provided an opportunity to revamp the marriage registration process permanently. So I was disappointed when this week (on May 24), a letter was sent from the Director of Religious Marriage Services at the Ministry of Religious Services that rolled back the regulations. Starting June 1, a couple can only open a marriage file in person, witnesses have to show up at the local religious council and instruction for Jewish family purity laws is only to be done in person. At a time when marriage registration numbers are in decline and young people are more dissatisfied with the rabbinate than ever, it would serve both the interests of those getting married and the public interest to make marriage registration simple and straightforward. There is no need to meet clerks or other officials in person — certainly not for bureaucratic ends. In my opinion, there is still an opportunity to make couples lives easier. It would behoove Israel’s religious establishment to take advantage of the opportunity.