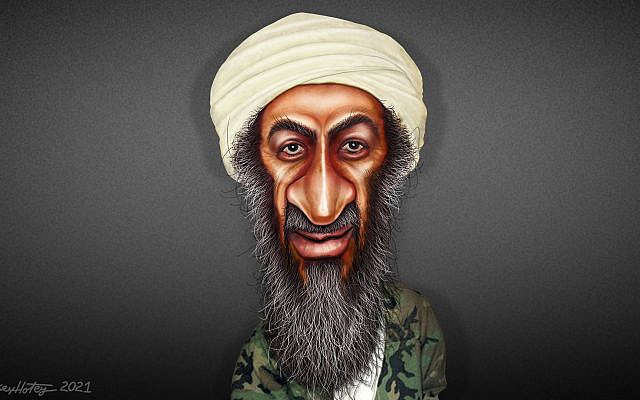 The Rise of the Crypto Economy

There has been talk for years about how the economy is changing, and one frequent topic of that conversation is cryptocurrency.

Cryptocurrency has been around for a while now, since 2009, when Satoshi Nakamoto designed Bitcoin which was to be the first instance of a cryptocurrency.

This rise in interest has led to a wave of new traders looking to try their hand at profiting in cryptocurrency and other blockchain-based technologies due to the potentially lucrative returns.

The Rise of Terrorist Financing Platforms

Israeli law enforcement agencies have reported in their 2021 National Risk Assessment that internet fraud has become the biggest threat to the economy. It points out phishing attacks and Forex and other types of investment fraud to be major drivers behind current plagues of the Israeli economy.

It should be no surprise to realize that, due to its high level of privacy and security, cryptocurrencies have become a popular spot for terrorist organizations to stash their funds.

This reality caught the Israeli government’s attention when it came to light that that terror group Hamas had used cryptocurrency to fund recent activities in the Gaza strip. They did this by creating a Bitcoin wallet and publishing it on their website, hoping that people would donate money to them using cryptocurrency.

The Defense Ministry was quick to take control of the digital wallets used by Hamas and ordered the seizure of any funds linked to Hamas’ activity.

In 2020, the United States Department of Justice announced the dismantling of three big terrorist financing organizations that used cryptocurrency to raise funds for their terror campaigns. These organizations included the al-Qassam Brigades, Hamas’s military wing, al-Qaeda, and the Islamic State of Iraq and the Levant (ISIS).

US authorities have seized millions of dollars, over 300 cryptocurrency accounts, four websites, and four Facebook pages all related to terrorist financing.

One of the biggest issues with cryptocurrencies is their decentralized nature, which does not comply with traditional banking standards or anti-money laundering legislation.

This is why banks are limited in their capacity to take control of illicit digital funds, especially when the blockchain itself does not have a central point of control.

Scholars have noted for years that cryptocurrencies are perfect for laundering due to their decentralized nature leaving behind no easy way to trace transactions.

After a $3,000 Bitcoin investment exponentially grew to $320,000, Hapoalim Bank in Israel refused to have the profits deposited citing that the source of funds might have a connection to illegal activities such as money laundering or terrorist financing.

Esther Freeman, the retired Israeli citizen who owned the funds, first joined the Bitcoin hype back in 2013 after being influenced by her son and nephews though she never expected her initial investment of $3,240 to grow that much in eight years.

Freeman sought the help of her lawyer, Shaul Zioni, in filing a lawsuit against Hapoalim Bank in the Tel Aviv District Court after the bank refused to accept the profits she generated from her investment. Freeman adds how she has been a long-time loyal client of the bank and has kept her Bitcoin in several digital wallets with no further transactions.

She wanted to transfer her profits into her traditional bank account in order to help one of her children buy an apartment.

Zioni noted that Freeman asked the court to declare that her funds invested in Bitcoin are “known, clear, and supported by references.”

The court responded to the issue by asking Hapoalim Bank and other financial institutions to not restrict the bank account activity of their clients for the reason that they are linked to cryptocurrencies.

The bank has received the case and promised to respond after looking into the required documentation of the transaction.

In a bid to strengthen regulations against the illicit use of cryptocurrencies, Israel’s Money Laundering and Terror Financing Prohibition Authority (IMPA) has announced that new regulations will now apply to cryptocurrencies in addition to fintech companies and credit providers.

These regulations are intended to increase clarity in the digital asset sector by implementing anti-terror banking rules to Bitcoin and other digital financial products which have been less regulated. This means that crypto-related firms will be required to adhere to the same reporting standards as banks.

The new regulation requires a strict know-your-customer (KYC) process through thorough identification and verification of parties involved in a crypto transaction. It also lays out essential reporting requirements for crypto firms to the supervisory authorities.

Reporting will cover the frequency of financial activities whether regular or exceptional, risk control and monitoring, retention of supporting documents related to the transaction, and other information related to the parties involved.

The regulations aim to stifle criminal activities related to cryptocurrency by making it harder for terrorist organizations to hide behind counterfeit identities.

Bracing for the Future

The Financial Action Task Force (FATF), the global watchdog for money laundering and terrorist financing, ensures that digital assets will be treated fairly with the same safeguards as the financial sector.

The organization does not prohibit the use of digital assets. In fact, it describes the many potential benefits of digital assets in terms of ease in cross-border use and transactions like the transfer of money.

However, it identifies that due to its decentralized nature, the crypto space is vulnerable to abuse by criminals for laundering illicit proceeds or financing terrorism.

As such, the organization has issued global, binding standards to prevent the misuse of digital assets in money laundering and terrorist financing activities.

While implementing the FATF’s requirements will be challenging for the blockchain sector, it will ultimately lead to an increased trust in the industry and to the seamless use and adoption of digital assets.

With the new Israeli regulations and other developments, we will see a fairer and more transparent digital asset sector that protects users and customers around the world.