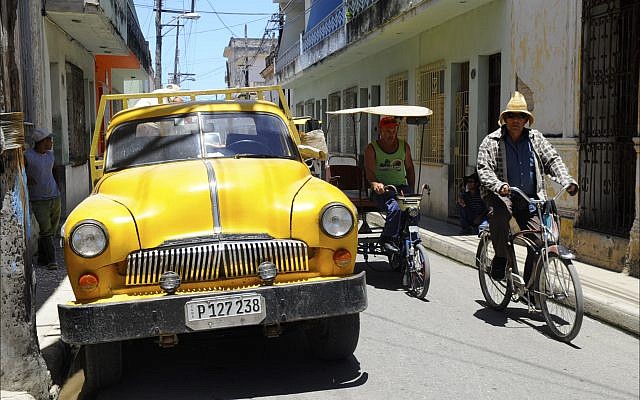 On a recent summer afternoon, as I sat on a wooden bench fronting Plaza del Gallo in downtown Camagüey, dozens of teenagers milled around, playing with their smartphones and angling to get a WiFi signal so they could chat with family and friends abroad.

This tranquil interior city of 325,000 is a world apart from Havana, the crowded Caribbean metropolis most foreign tourists have in mind when they book trips to Cuba.

Camagüey happens to be the capital of Camagüey province, the largest of Cuba’s 15 provinces (and nearly the size of Israel). Yet with only 50 inhabitants per square kilometer, it’s also the loneliest. 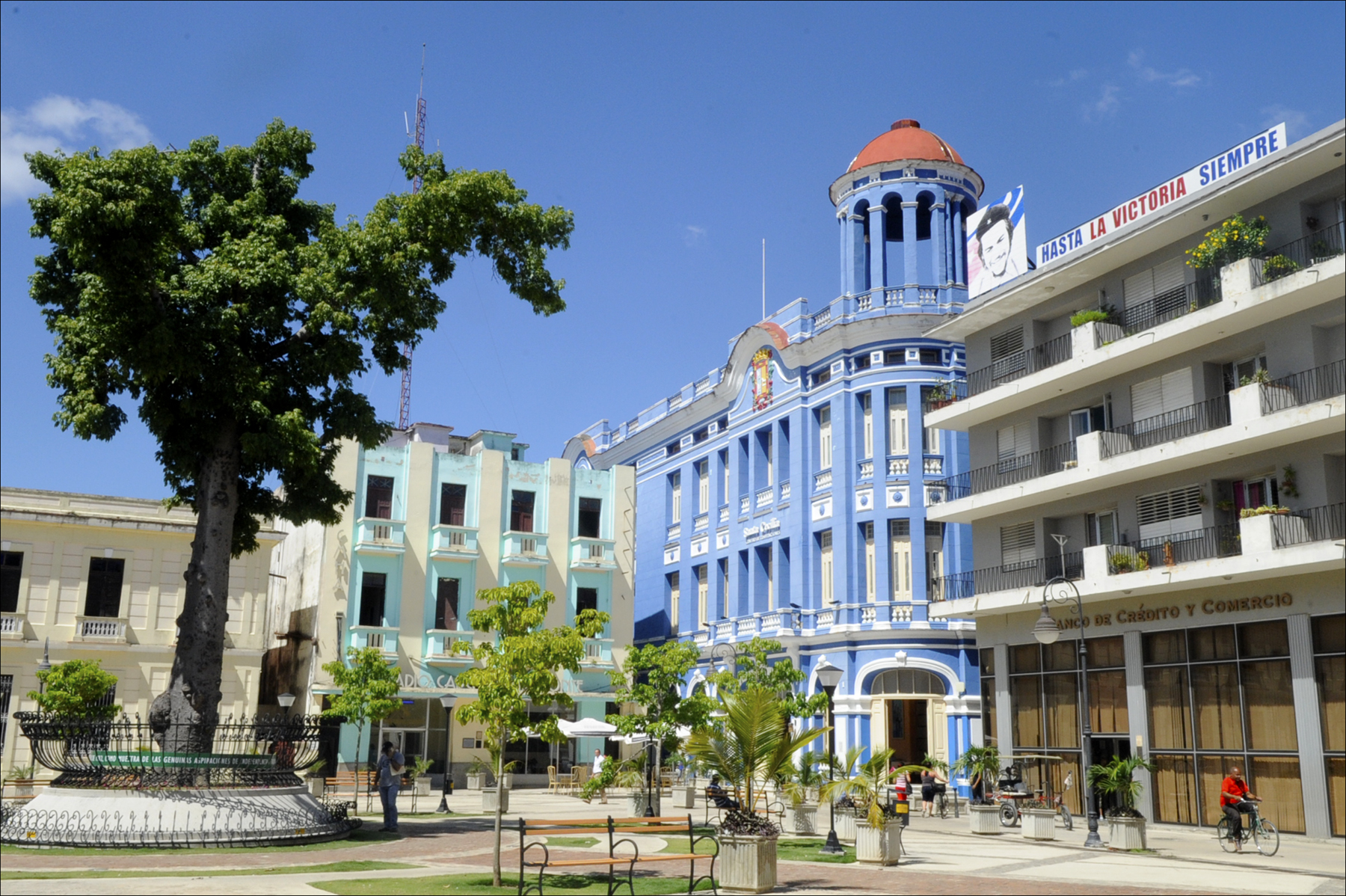 Sugarcane is still the backbone of Camagüey’s economy, and the province boasts some of Cuba’s largest sugar mills. It also has the island’s most numerous cattle herd and produces 15 percent of its fresh milk.

But neither cows nor caña were on my mind when I arrived, bleary-eyed, at the main bus station in Camagüey at 6:25 a.m., after spending nine and a half hours traveling 500 kilometers along Cuba’s Carretera Central on an air-conditioned overnight Viazul coach from Havana.

I had come to Camagüey to see how this city — with its confusing alleys, diagonal streets, forks and dead ends that made no sense — had changed since my previous visit in 2002, six years before UNESCO declared its downtown area a World Heritage Site. 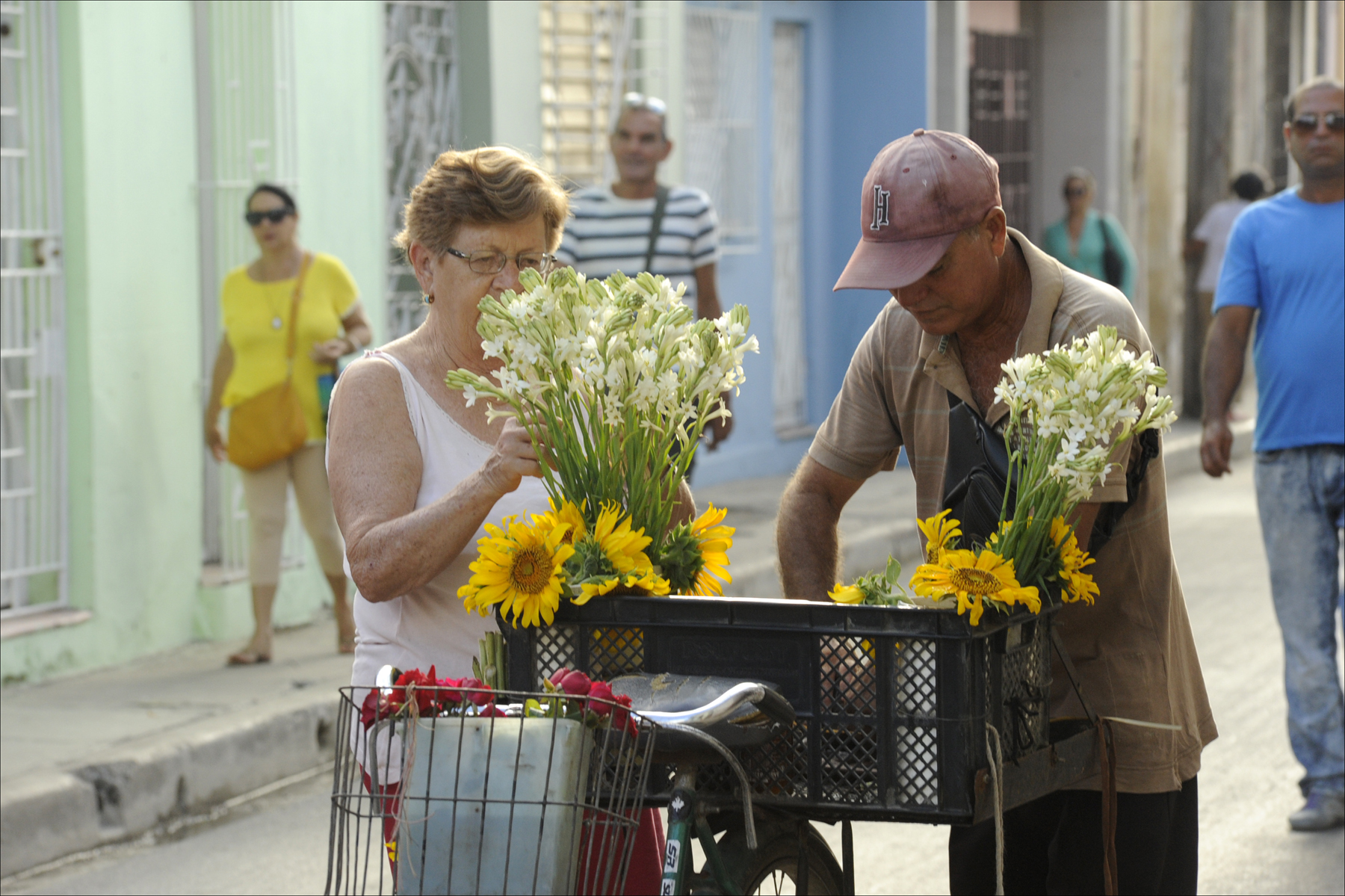 Before booking my ticket, I consulted my friend, Christopher Baker, whom National Geographic considers one of the world’s leading Cuba travel experts.

“Despite having among the most persistent jinateros in Cuba — annoying and aggressive in their persistence — Camagüey is one of my favorite cities,” Chris told me in an email. “Its labyrinthine, partially cobbled streets and lovingly restored colonial plazas combine with some superb new boutique hotels to make this a top draw for anyone seeking to know Cuba beyond the beaten tourist path.” 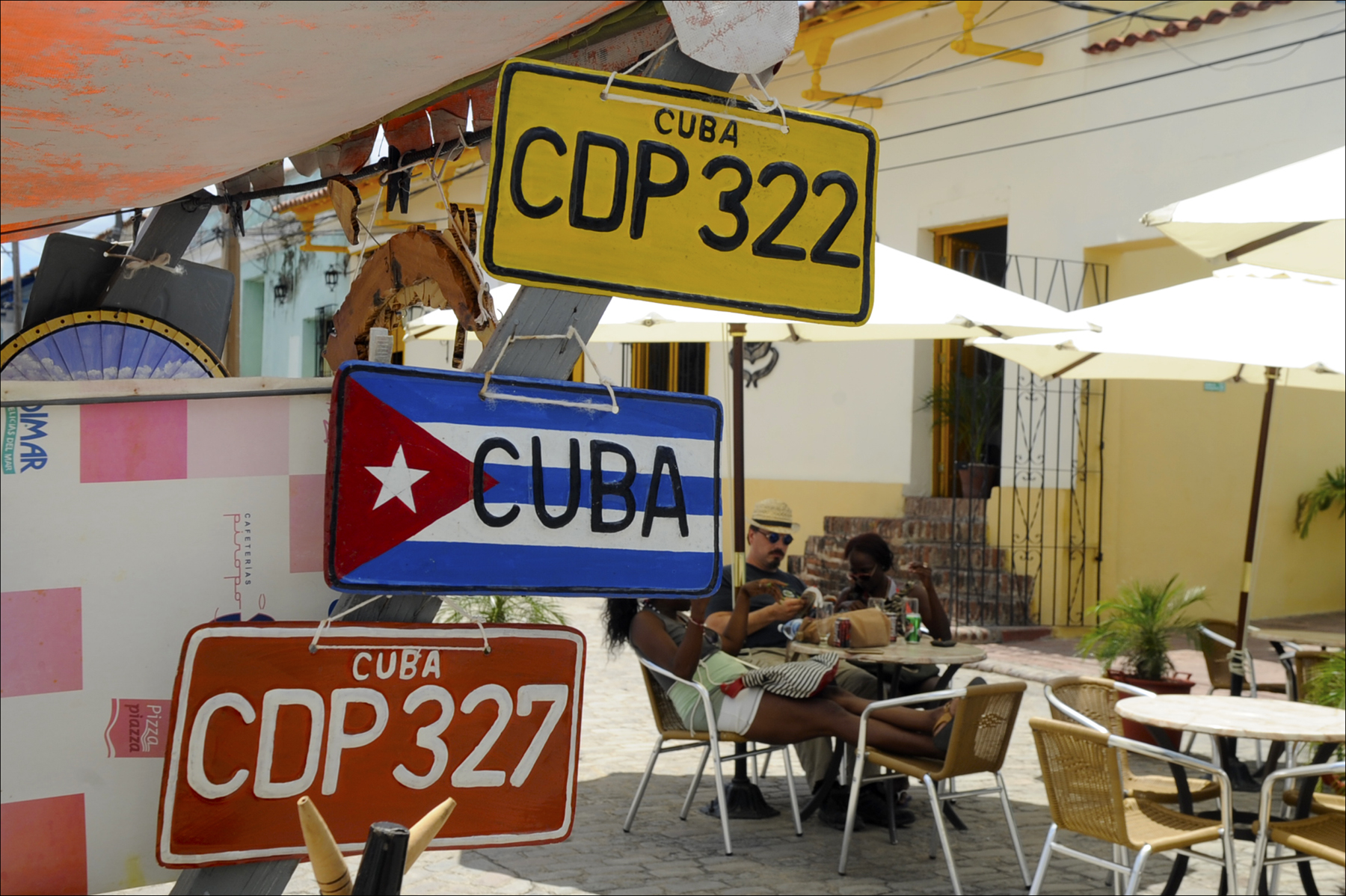 Fake license plates for sale at a souvenir stall in Camagüey. (Larry Luxner)

I never did find the pesky touts Chris warned me about, but he was definitely right about Camagüey’s charms — which I was about to discover over the next 36 hours.

For lodging, I headed straight for Hostal Ivan y Lucy, a delightful casa particular fronting Calle Alegría. This little oasis of calm, a private home filled with knick-knacks about six blocks from Plaza de Gallo, is run by Ivan Placeres Reyes and his wife, Lucy.

According to Ivan, Camagüey has more than 400 such casas,with prices ranging from 20 to 35 CUC per night (a CUC, or Cuban convertible peso, is worth slightly more than a dollar). That’s an incredible bargain compared to prices in Havana. The two have owned this establishment since 2000 — shortly after the government began allowing such activity—and have since invested about $10,000 in the business. 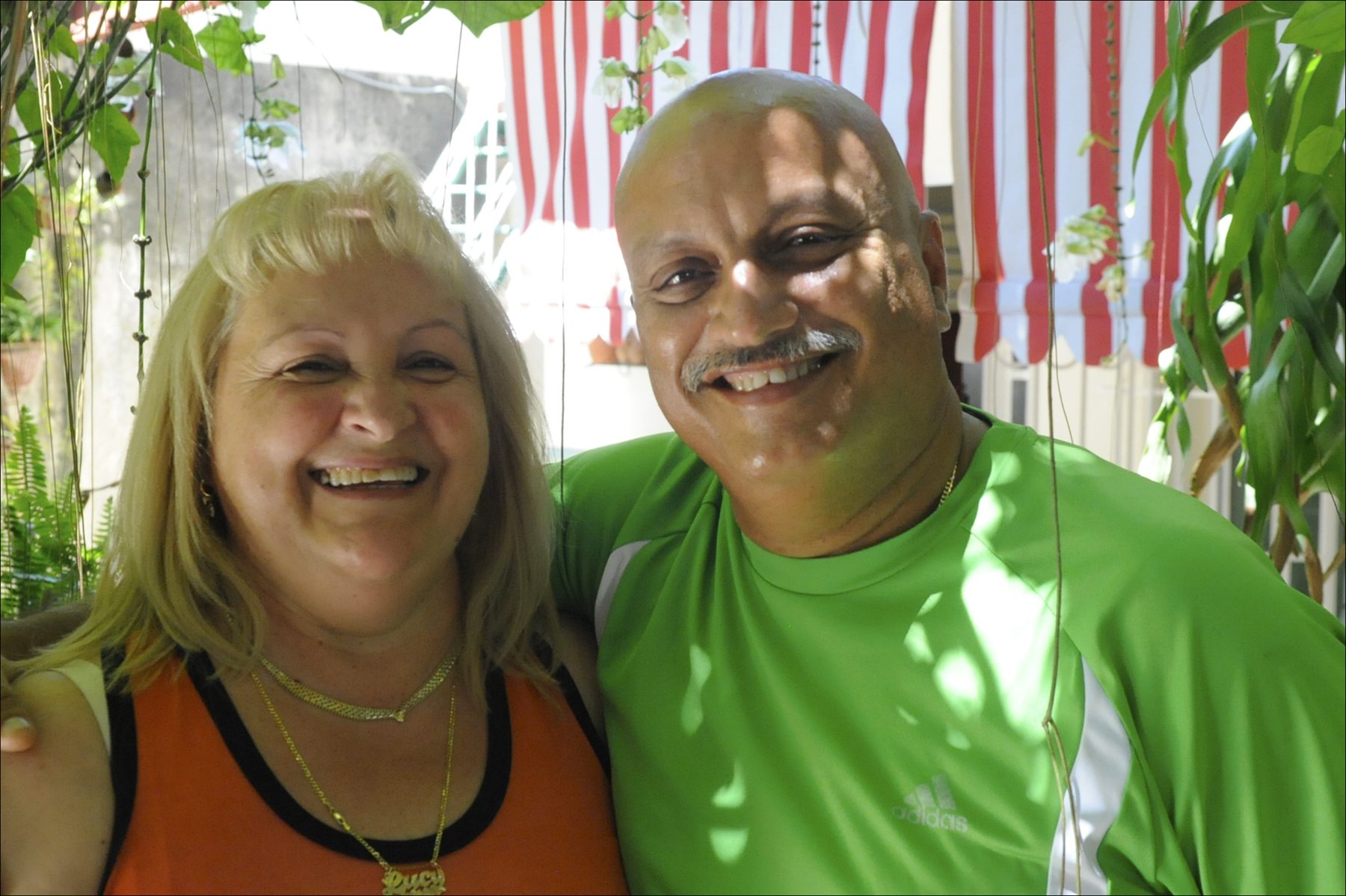 The result: an impeccably clean home with two rooms for rent, and none of the problems — like leaky faucets, no hot water, broken air-conditioning and bugs—that often plague cheap accommodations. There’s also an antique upright Cornish piano in the parlor and a nice little patio in the back, with caged hummingbirds, canaries and other birds endemic to Cuba singing as you enjoy breakfast, if you like that sort of thing.

“It helps relax people,” says Ivan, a 60-year-old former Cubanacán hotel manager who has a master’s degree in marketing and management. 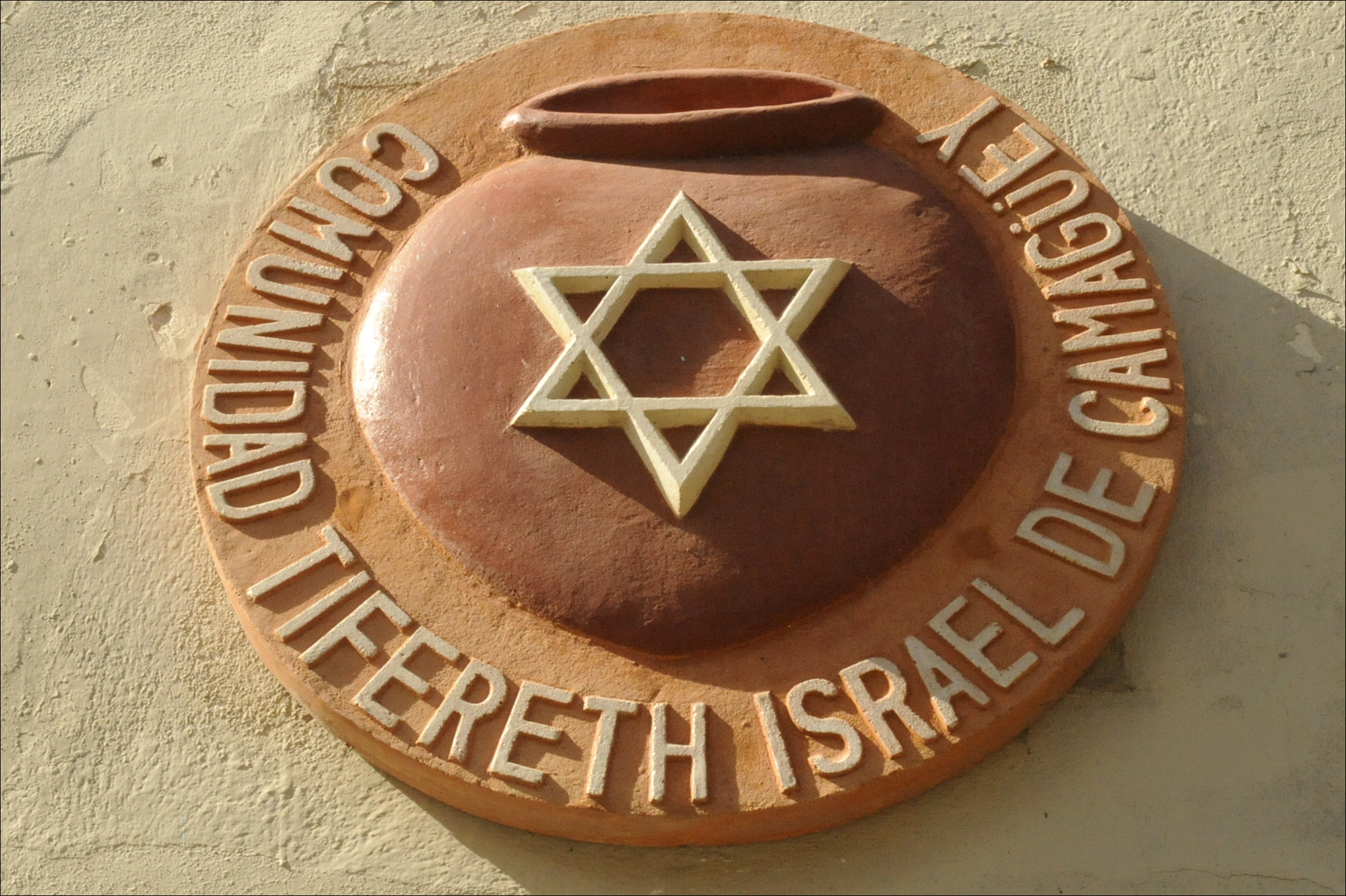 Plaque above Camagüey’s Tifereth Israel Synagogue combines the Star of David with a tinajón or traditional clay pot that has come to symbolize the city. (Larry Luxner)

“Americans also come, but very few of them because of the limitations that exist,” he said. “This is a transit city. Tourists normally come to Cuba to do a tour that begins in the west and goes eastward: Viñales, Havana, Cienfuegos, Trinidad, Ciego de Ávila and Camagüey, continuing on to Holguín, Santiago de Cuba and Baracoa. Tourists normally stay here only one or two days.”

Besides the casas particulares that line every street in town, Camagüey does have a few tourist-class hotels. At the 31-room Hotel Santa María, located right on the Plaza del Gallo, single rooms go for 144 CUC a night including breakfast, while doubles cost 180 CUC per night. The Cubanacán property is housed in a building that dates from the 1930s, but it’s existed as a hotel only for the last two years. 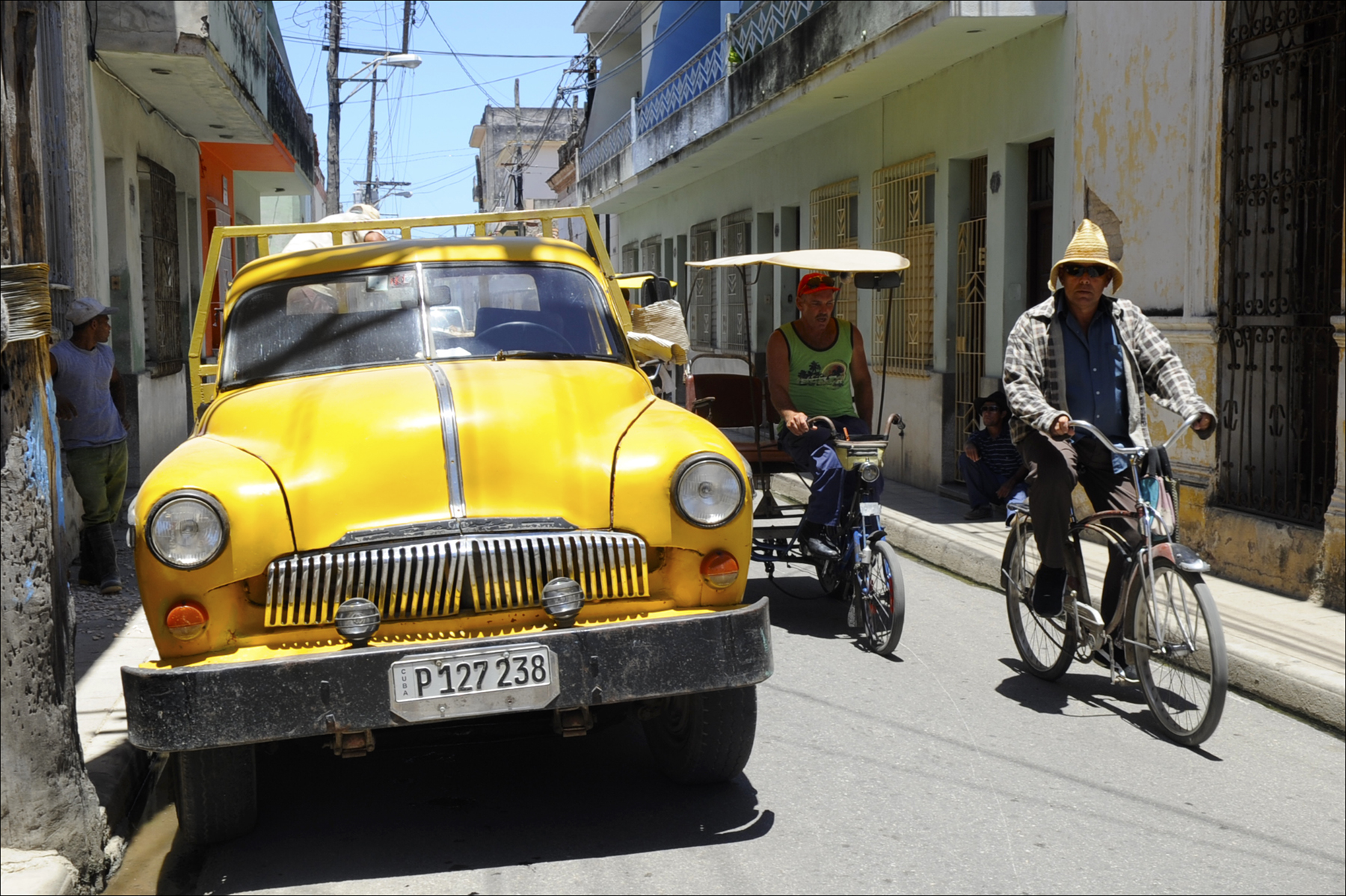 “Tourism in Camagüey isn’t developed yet,” said Ivan. “But if the U.S. market opened up, maybe Camagüey could be an interesting stop for Americans, to know a little of our history.”

Perhaps the best way to begin exploring that history is a visit to the Casa Natal Ignacio Agramonte, whose entrance is decorated with half a dozen tinajones — large clay jars used to collect rainwater and store food. These tinajones, introduced by Catalonian immigrants in the early 18th century, decorate many parks and gardens, and have become the unofficial symbol of Camagüey. 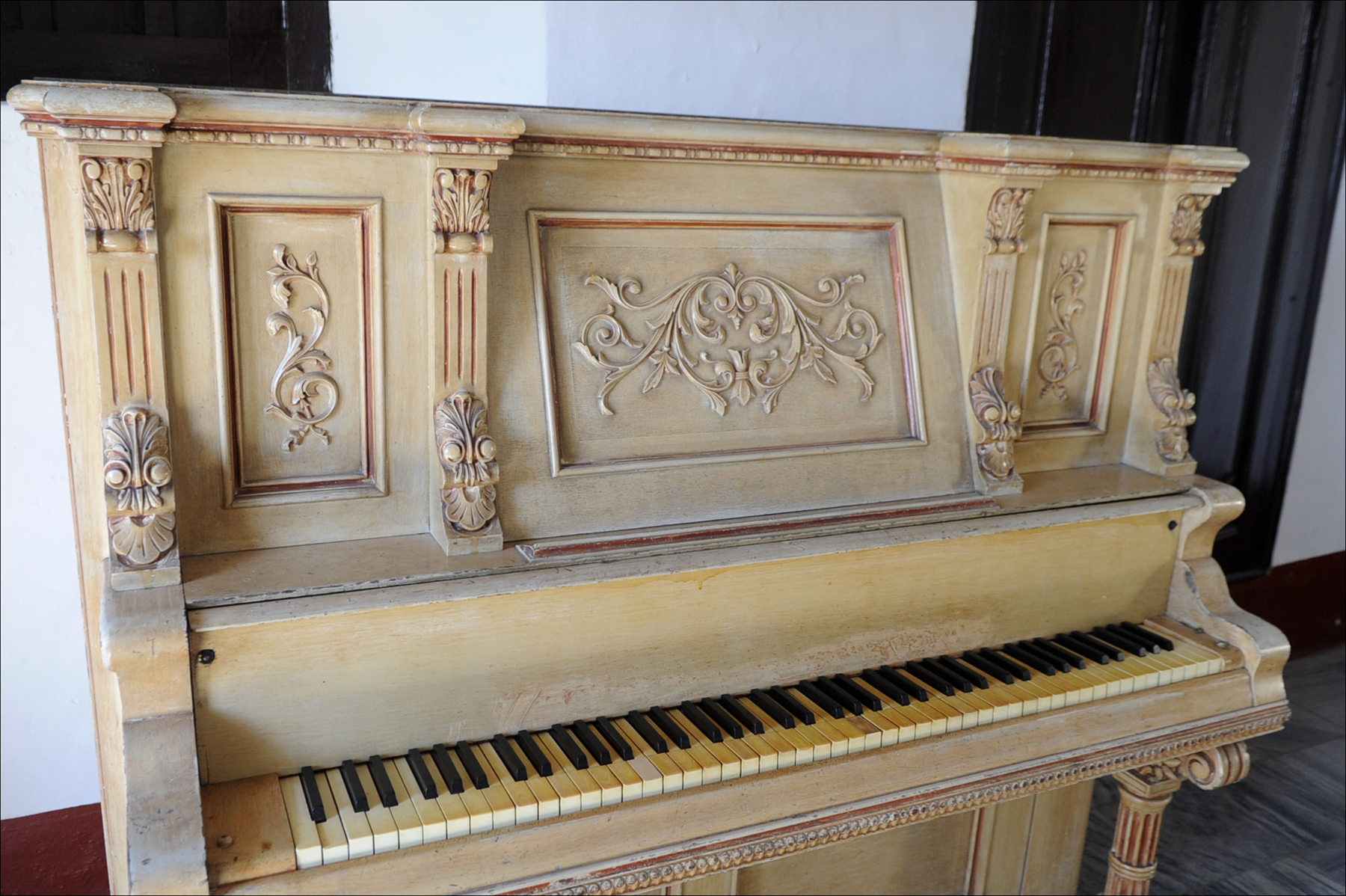 Agramonte’s elegant house, inaugurated as a museum on May 11, 1973, by the late Fidel Castro, is filled with mementoes of the military man’s short life (he died in the 1873 Battle of Jimaguayu, at the age of 32). I spent more than an hour here, examining some of them under glass display cases: a pair of binoculars, his .36-caliber Colt pistol and a biography of Agramonte autographed in 1942 by his daughter, Herminia Agramonte de Betancourt — and an upright piano owned by his wife, Amalia Simoni.

Coming out of the hero’s birthplace, I spotted “El Gato” — a 52-year-old bicitaxista whose real name is Ignacio Marrero and who’s earned a living for the last 30 years pedaling tourists around Camagüey’s leading points of interest.

El Gato charges 10 CUC for a one-hour tour of the city’s eight public squares. Sporting a faded “Cancún” baseball cap, he hangs out in the Plaza de Trabajadores waiting for French, Italian or Russian customers. 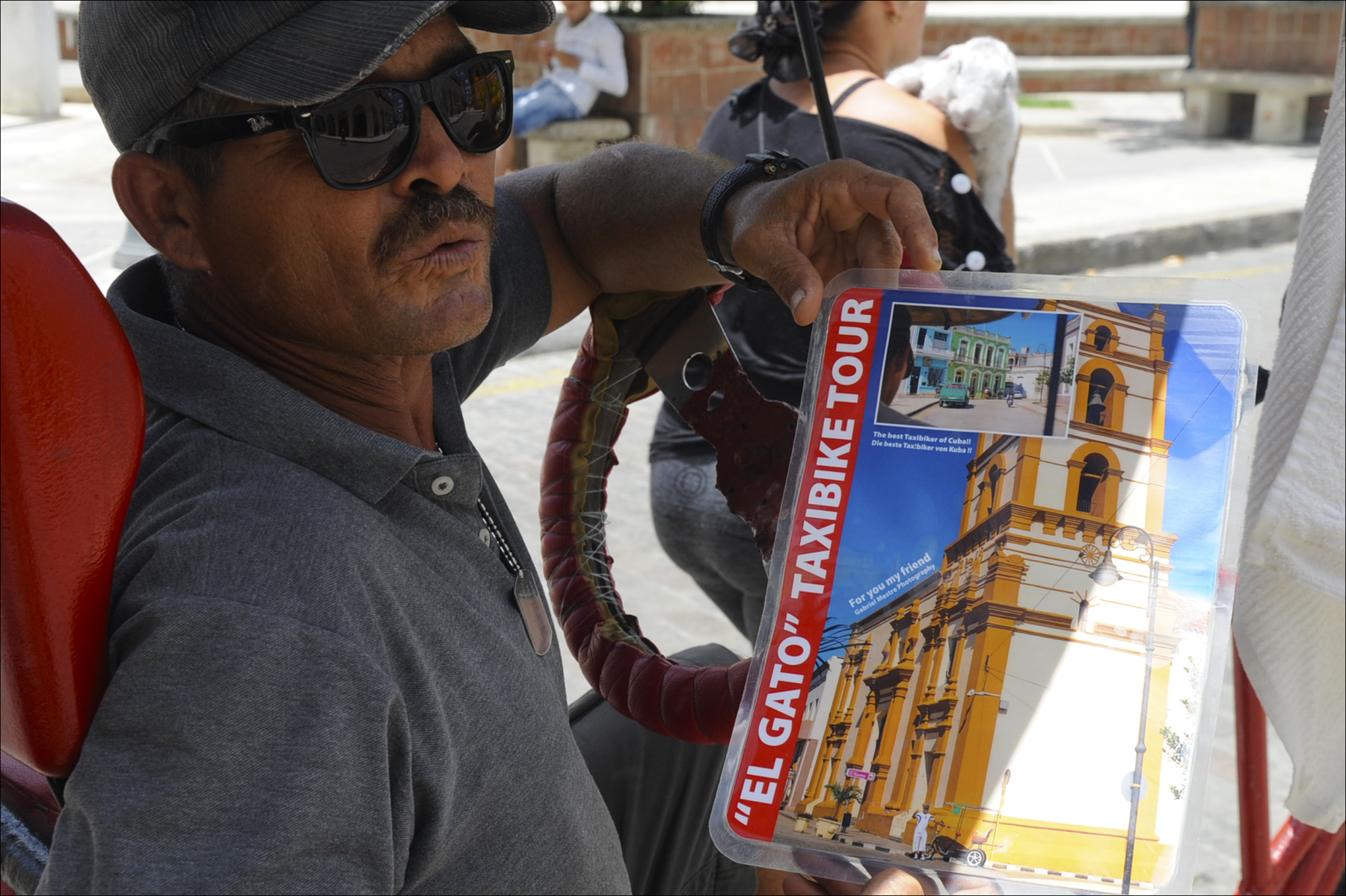 But an even more famous inhabitant of the Plaza de Trabajadores is the grand old 115-year-old ceiba in the middle of the square. The majestic tree is encircled by a black wrought-iron fence and a red banner in Spanish which declares: “This ceiba was planted on 20 May 1902 as a demonstration of the genuine aspirations of independence and traditions of the struggle of the Cuban people. It deserves your respect and veneration.”

Fronting the plaza is Camagüey’s famous Iglesia de la Merced with its distinct Baroque façade and bell tower. A short walk away is the quiet Plaza San Juan de Dios as well as one of Camagüey’s most complex intersections, Cinco Esquinas (five corners).

Along nearby Avenida República, the city’s main commercial drag, a pedestrian arcade is lined with shops that now sell everything from jewelry to household appliances. They offer services ranging from cellphone repair to tattoos. There’s even an “Ocio Club” operated by state-run Palmares that offers kiddie rides for 25 cents; in a scene reminiscent of the 1960s, a little boy sits on an electric horse that rocks back and forth while playing the theme from “Bonanza.” 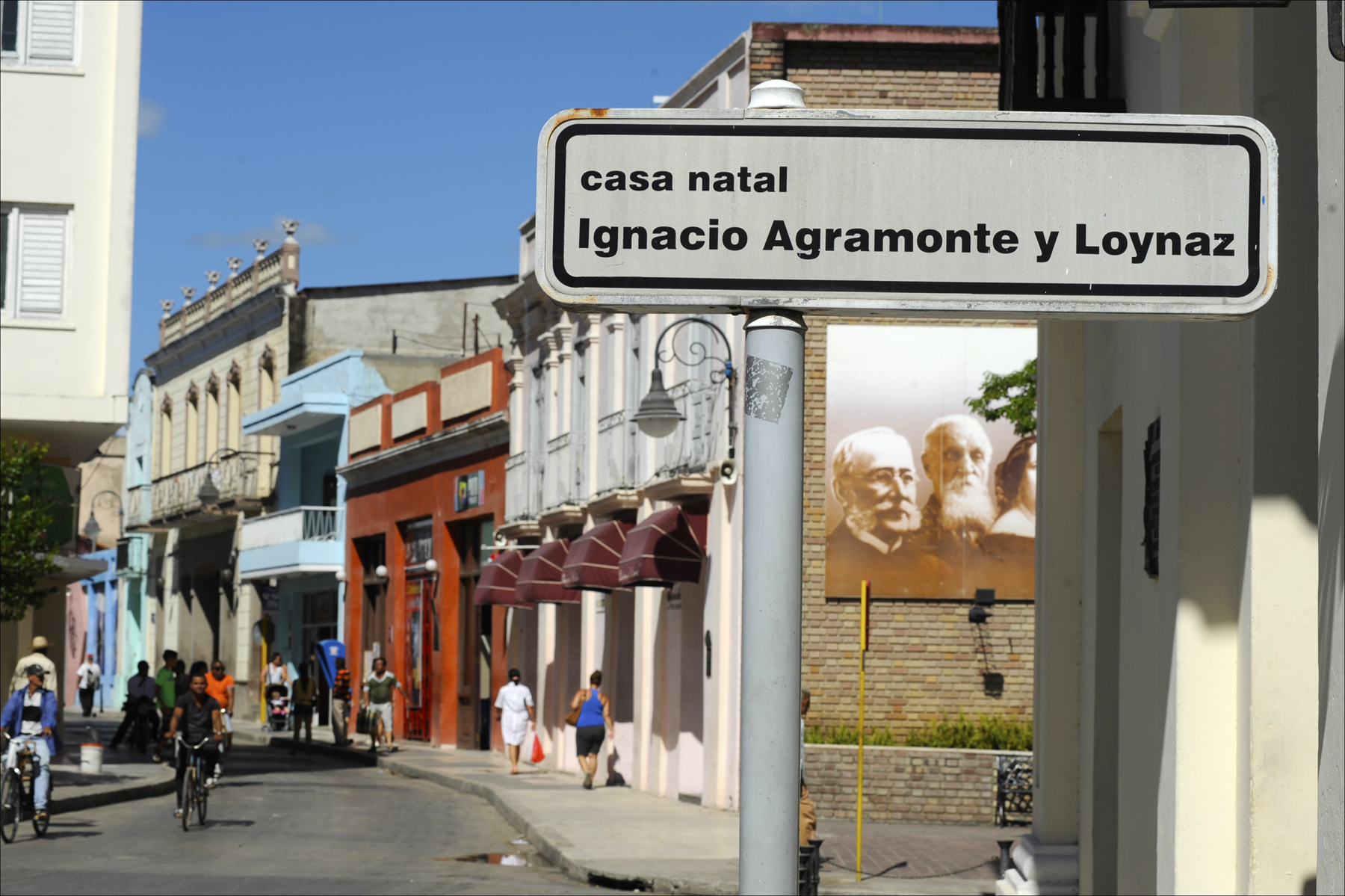 All the shoppers are Cuban; not a tourist is in sight. What’s even more interesting is that many of these stores accept both local pesos, worth 25 to the dollar, and convertible pesos, which are used by both tourists and a growing number of locals with access to remittances and hard currency.

One of those storefronts is occupied by Galeria Larios, a prominent art gallery. It’s run by Orestes Larios Zaak, a proud Camagüey of Polish Jewish origin who’s been at this location for 13 years, selling his original watercolors and sketches to anyone who can afford them.

Prices range from $25 to $2,500 — and his best customers are the Americans who began coming to Cuba in increasing numbers ever since President Obama relaxed U.S. travel restrictions to the island in 2015. 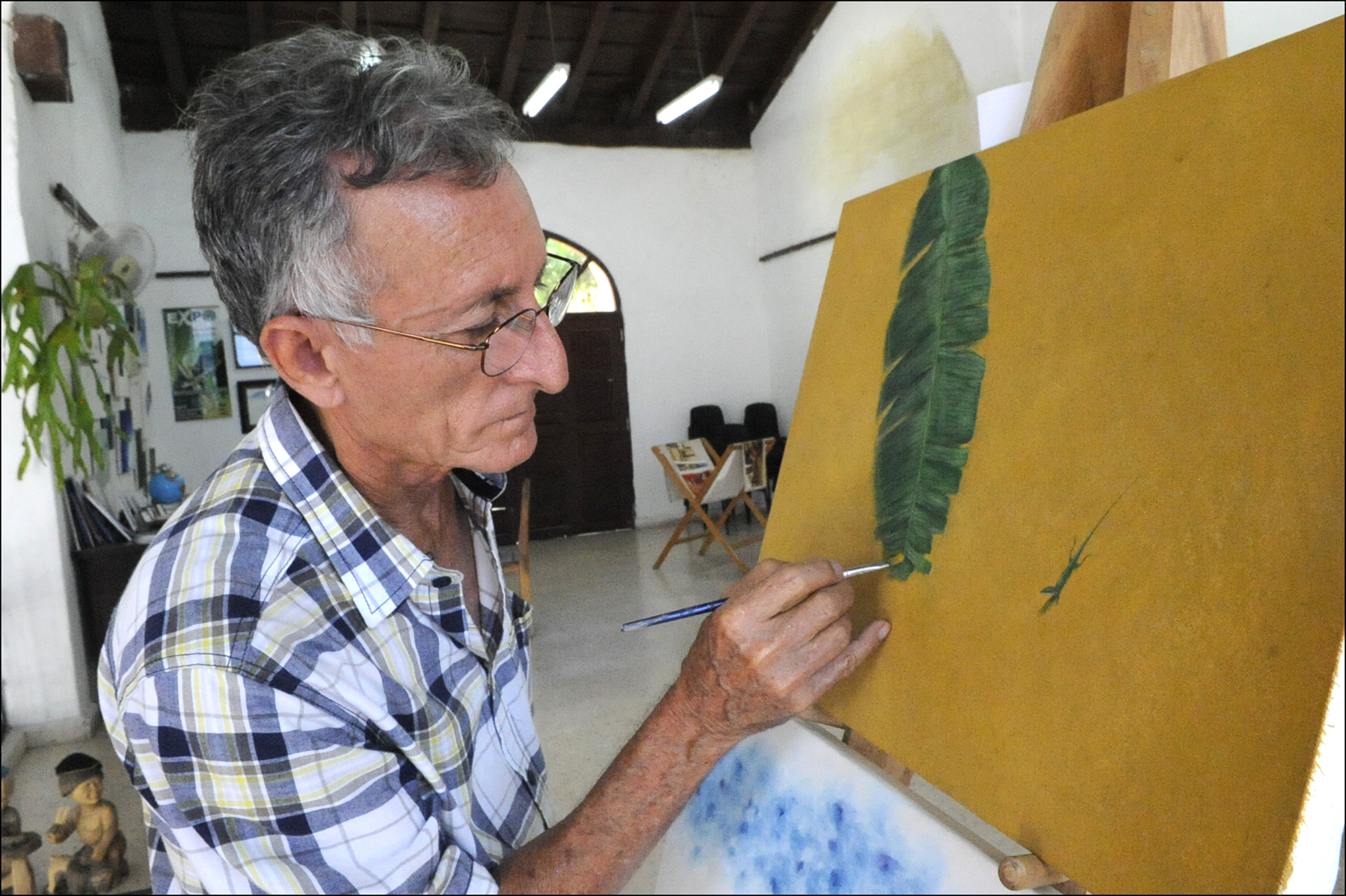 “Camagüey has 500 years of history,” said Larios, 65. “In addition, Cuba’s national poet is from Camagüey, and Cuba’s most important scientist, Carlos Finlay — who discovered yellow fever — was also from Camagüey. There was a lot of money here in the 19th century.”

Yet Larios, whose gallery proudly sports a glass blue mezuza at the entrance, says the influx of Americans is slowing to a trickle under Obama’s successor, Donald Trump.

“The U.S. has again put restrictions on travel, so we don’t know what’s going to happen,” said the artist. “Only groups can come, not independent travelers, so it’s going to be a lot more difficult now. This affects me because fewer tourists are buying.” 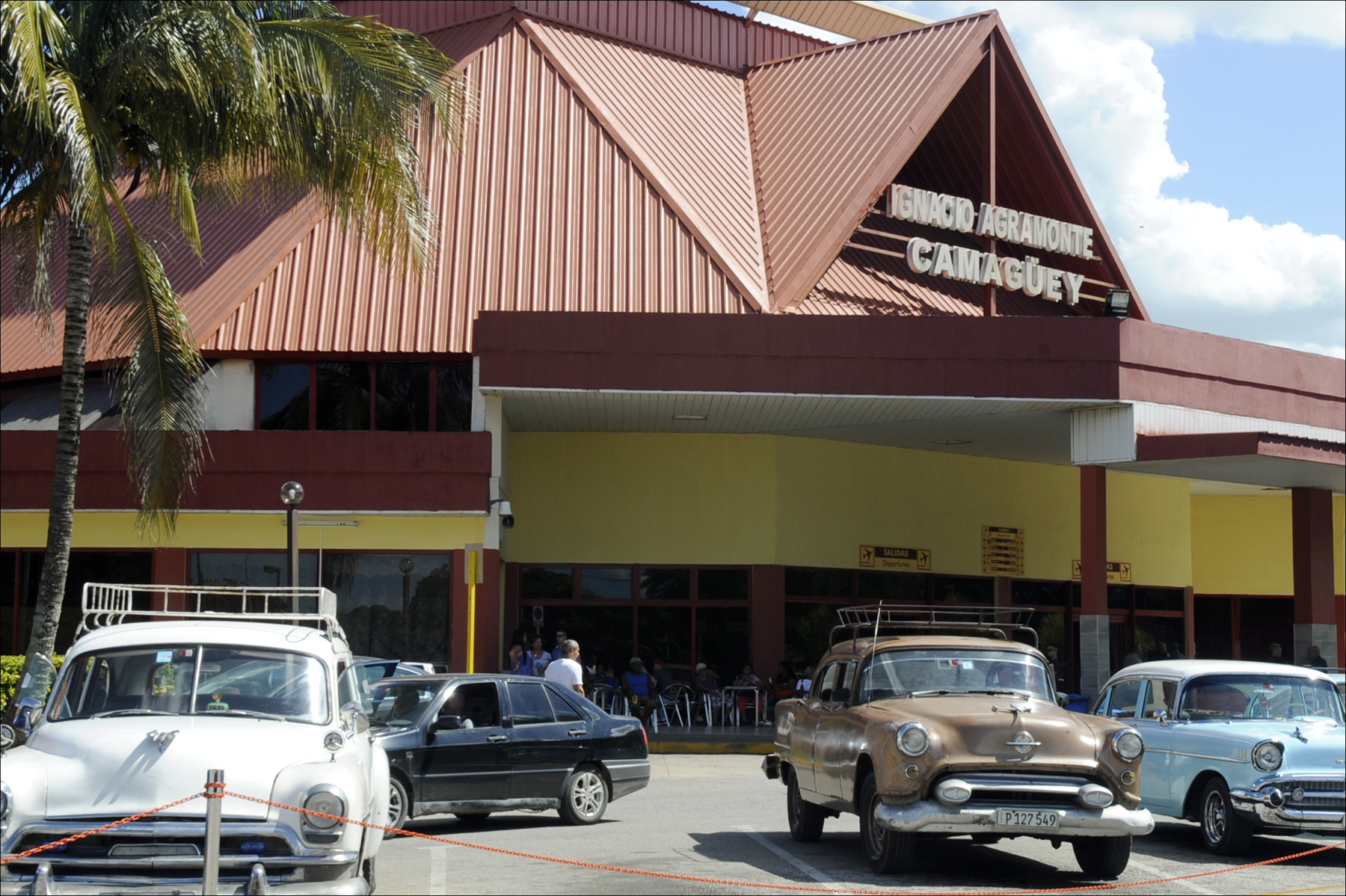 I thought about that on my way to Camagüey’s Ignacio Agramonte International Airport, where — after answering the immigration officials’ endless, probing questions about why I came to Camagüey, where I had stayed, who had issued me a journalist visa and where exactly my travel story would be published — I had an hour to kill before that afternoon’s American Airlines scheduled departure for Miami.

In the departure lounge, with the remaining 32 CUC in bills and coins remaining in my pocket, I wandered from one duty-free store to the next, checking out the trinkets, T-shirts, postcards and propaganda videos for sale.

Finally, with only five minutes to boarding time, I purchased a bottle of Havana Club rum, four premium Belinda cigars, three TetraPak boxes of apple juice, two plastic 500-gram jars of local Cuban honey and a handful of ceramic fridge magnets — tiny, colorful reminders of an adventure that will linger in my mind for years to come.