Is “Transparent” the most Jewish show on television? It sure seems so to me. The second season of the multiple-Emmy-winning dramedy is now streaming on Amazon, and the Pfefferman clan is even more Jewy than they were in the first season, which is saying something. In that launch, 70-year-old Mort Pfefferman came out to his family as a transgender woman. His divorced wife and three adult children struggled hilariously to come to terms with this news and their new “Moppa,” as well as their own complicated sexual lives. Sex is a big deal in “Transparent”; it reveals character to the viewer as well as to the characters themselves.

The Pfeffermans are contemporary American Jews, not particularly observant (though they do kiss mezuzot and go to shul on Yom Kippur) but infused with Jewishness. Unlike the Jews in Woody Allen’s films, they are not uncomfortable or conflicted about their Identities. They are way past that. Actually, the parents carry traces of that discomfort, but their children don’t. When Ali accuses Maura and Shelly (Judith Light) of not caring enough to make her celebrate her bat mitzvah, they are mystified as to why she would complain. Of course, her feelings of neglect go further than their not forcing her to learn her parshah, but her sense of loss is real.

The second season of “Transparent” begins with a Jewish wedding that goes disastrously wrong. Sarah is about to marry her girlfriend Tammy, but a change of heart at the last minute leaves everything in turmoil. Josh’s sweetie Raquel provides an out that enables the bride to leave her bathroom stall. Then she has to face the guests who are holding the chair to hoist her up. A marvelous “Hava Nagila” where everyone dances caps the celebration.

The rest of the season isn’t nearly as funny as that first episode, but profound in surprising ways. Moving away from the nuclear family to introduce us to a larger, extended mishpochah allows the series’ creator Jill Soloway to present these characters in even more nuanced ways. Maura, formerly known as Mort, and brilliantly played by Jeffrey Tambor, has to recognize that being a woman is not just experimenting with makeup and wearing a flowy dress. It’s much harder to lose the sense of always being right and in charge that was part of his male identity for most of his life. When a plain-speaking lesbian poet (a fantastic Cherry Jones) reminds Maura that he blocked her academic career, she is caught off guard before acknowledging the truth. Maura’s contemptuous disapproval of another transgender woman’s boyfriend earns her a stern talking to. Who does Maura think she is? Who, indeed.

Soloway takes a risk in introducing flashback scenes that move us to 1930’s Berlin, but it works. Ali is able to deepen her sense of her Jewish heritage without expository speeches, and the uncovered links to the current Pfeffermans’ lives are quite thrilling. It leaves you wanting to know so much more about them, the best evidence of an exceptional artistic imagination. Soloway has said she based the series on her own father’s coming out as transgender, but in this season Maura’s story is not central. Instead, we have a complex portrait of many different people, each existing in a web of relationships, unlike so much of our popular culture, where characters exist in isolation, except for a few friends or romantic partners. The Pfeffermans are connected to each other as well as to professional colleagues, friends, sexual partners, in-laws, estranged siblings, distant relatives, and on and on to a larger historical community. It doesn’t get much more Jewish than that.

Holiday weekends are perfect for binge watching, especially for Jews unfettered by family obligations, and Amazon is offering another Jewish family/coming-of-age series in “Red Oaks.” Less daring and ambitious than “Transparent,” it still has a lot of charm and is often much funnier. “Red Oaks” is firmly in the what-I-did-that-summer category, where a young man (usually, but not always) starts to grow up during that crucial summer either before or immediately after starting college. Think “Adventureland” but set in a Bergen County country club instead of an amusement park.

Starring Craig Roberts as David and Jennifer Grey and Richard Kind as his parents, “Red Oaks’ is an affectionate depiction of a middle-class Jewish kid in the mid-1980s who encounters much richer Jews when he becomes an assistant tennis pro for the summer at the Red Oaks Country Club. These characters are not as meticulously drawn as the Pfeffermans, but Grey and KInd give heft to their portrayals of David’s unhappy parents. Kind especially comes close to being a tragic figure as a man who knows that his wife and his son don’t share his goals, but cannot figure out why and can’t help but feel he has failed.

Paul Reiser is very good as Getty, the big-talking jerk who is the club president and hires David to give him private lessons so he can beat his nemesis Feinberg. Getty has a pretty daughter Skye (Alexandra Socha) who thinks she’s a painter. Although David has a long-term girlfriend Karen (Gage Golightly), he can’t help but be drawn to the sophisticated Skye. There’s also a stoner best friend, lots of eighties big hair and bad rock music, and a wonderful performance by Ennis Esmer as Nash, the head pro. The show is enjoyable watching with plenty of nostalgic satisfaction, and it has been renewed for a second season. If you’re not going out with your Jew crew for a movie and Chinese, you can comfortably settle in with these folks for a while. 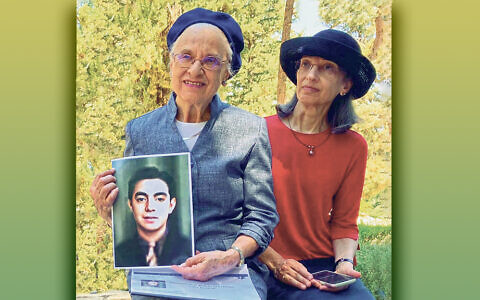 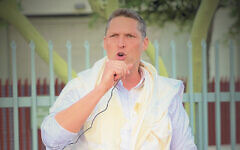 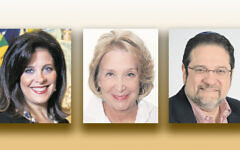 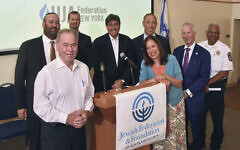