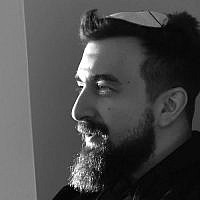 The Blogs
Ezra Balser
Apply for a Blog
Please note that the posts on The Blogs are contributed by third parties. The opinions, facts and any media content in them are presented solely by the authors, and neither The Times of Israel nor its partners assume any responsibility for them. Please contact us in case of abuse. In case of abuse,
Report this post. 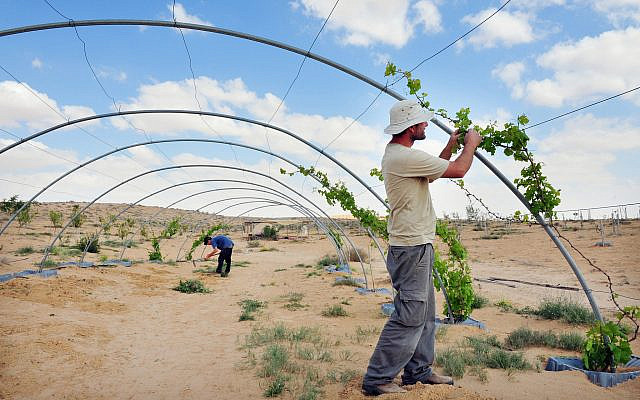 David Baddiel, in his book, Jews Don’t Count, recalls the following incident from a number of years ago when he and his brother were watching a soccer match, cheering on their favorite team:

On this particular afternoon, the chanting of the word ‘Yiddo’ was joined by one particular fan about ten rows behind us deciding to shout, repeatedly, ‘F*** the f***ing Yids! F*** the f***ing Yids!’  And then, just to make sure that, by Yids, he didn’t just mean ‘Spurs fans’, that became ‘F*** the f***ing Jews! F*** the f***ing Jews!’.  This went on for some time.  Me and Ivor looked at each other.  Ivor said: ‘What should we do?’ I shrugged.  So then my brother, bless him, got up, turned round and told the bloke to shut up.  The man replied, in the classic mode, ‘No, you f***ing shut up.’ Ivor said, No, you f***ing shut up.’ And then miraculously, he did. The racist shut up.  Ivor sat down and said, ‘I think I’m going to cry.’

These past weeks for me (and for many Jews I’ve spoken with) have felt something like that.  We are being attacked physically in the streets and verbally and emotionally online. On a number of occasions, I’ve had to explain to people being racist why their behavior was racist towards Jews, and how it made me and others feel. Often, it feels like nobody is taking us seriously; they are not listening to us.  “We understand that it’s your perspective that this is antisemitism.”  Community members tell me they are furious, in pain, and shaking with rage.  And I turn to my wife and say, ‘I think I’m going to cry.’

This week, we read Parshat Balak.  The Parsha opens with Balak, the Moabite King, fearing the People of Israel and seeking to curse them.  One of Balak’s chief accusations is that the Jews have “covered the eye of the land.”  What is the nature of this offense that deserves such harsh and cruel repayment?  According to the Netziv, Balak’s complaint is that the Jews, much like a swarm of locusts in the sky, block the vision of the “true” rulers of the land and prevent them from assessing the needs of their population.

We do not fit neatly into the way others build and conceive of their societies.  Balak curses us because we confuse the eye. What are Jews? Are they like us, or are they their own weird thing?

Reading this reminded me of a taxi ride I took on the way to meet up with friends for a drink. During a pleasant conversation with the driver, I mentioned something about my job, which caused him to realize that I was Jewish. “I am surprised that you are Jewish…you were so nice.”  I sank into my seat and was silent for the rest of the drive. I gave him a generous tip, out of fear that he would have an even worse association towards my people (if that was even possible!). I confused him. I seemed nice.  But I am a Jew.

Balak further explains that his curse has an end game: to drive the Jews out of the Land.  Why was that so central to his goal?  The Netivot Shalom teaches us that central to being a Jew is our relationship to the Land.  The Land of/Eretz Israel shows us that we can elevate the physical; that we can make soil and worldliness/artziut a holy endeavor.  In our Land, we farm, just like all other peoples.  And yet, we leave the fields alone during the seventh/shmita year (which is coming up right around the corner!) because we see fit to give the Land its own Shabbat – a rest on the seventh. We are just like everyone else.  Except for when we are not.

Much of our tradition focuses on spiritual elements of connecting our inner selves to God and those around us. But the spiritual is only half the story. We also have physical bodies.  Israel teaches us that to live holistically, we have to elevate both the body and the spirit.  This is the crux of Balak’s curse. Jews can be tolerated when they’re engaged in the spiritual – go ahead, hunch over your table and read your weird books, Jews. But our bodies, our Land, the physical — that is off limits. You are not allowed to cultivate the Land, to march in our marches, to compete in Judo. Jews – you can decide what you do spiritually; we’ll decide what you can do physically.  Otherwise, you’ll look too much like us, and that’s confusing and distracting.

As a rabbi, I am driven to show young Jews all the ways that being a Jew is awesome. ‘What is that prayer shawl you have on in the morning?’  ‘It is the spiritual warrior cape of my ancestors.’  ‘What is that hut you are sitting in?’ ‘It is a reminder of the sheltering clouds of glory that protected us in the desert.’ These are the conversations I want to be having, yet, these days, I spend remarkably little time talking about what being a Jew means, as I fend off curses, slander, and hate.

Balaam, Balak’s agent who was to deliver the curse, botches the delivery. Instead of a curse, a praise comes out of his mouth: “How goodly your tents, O Jacob, your dwellings, O Israel!” The curse is inverted; instead of our people being mocked and threatened, a blessing flows from his mouth.

We do not need to stew in the realm of curses. Let us find respite from the hate and focus on our blessings, on the good that animates our dwellings. Let us activate our whole selves – our spiritual selves and our physical selves. Let us be full beings. Let us harness the energy and holiness of being a f***ing Yid.

About the Author
As part of Metro Chicago Hillel, Rav Ezra Balser and his wife Laura, and their daughter, run Base Loop out of their home in the West Loop neighborhood of Chicago. He was ordained at the Hebrew College Rabbinical School.
Related Topics
Related Posts
Comments
Advertisement