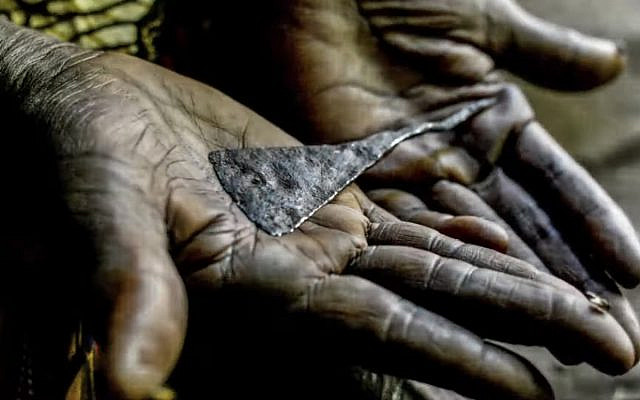 I almost never turn down a Bris. But a few years ago I received a call that was met with a resounding “No!”

“I have friends visiting Israel from Egypt,” a voice said in Hebrew. “They’d like to circumcise their daughter. Do you do that?”

“That is beyond forbidden,” I admonished him.

Even though I did my best to explain why this was so problematic, the caller just didn’t understand. The man insisted: “We circumcise our boys, and they circumcise their girls. What’s the difference?” These, of course, are very different things.

Now, it appears that Knesset Member Ayelet Shaked is just as confused about the issue as my earlier caller was.

This week, Shaked refused asylum to a woman seeking refuge from Sierra Leone. This refugee requested asylum on the basis that if she were returned to her home country she may be forced to undergo Female Genital Mutilation (FGM). Shaked rejected the request saying, “It is unthinkable that the State of Israel would harm its sovereign interest and grant political asylum for an alleged persecution that is similar or close in essence to a common custom among its own citizens.”

She may not have understood the full implications of her comments, but by comparing Brit Milah to FGM, MK Shaked is using classic anti-circumcision rhetoric. Those who oppose our tradition and would like to see it outlawed substantiate their case by equating the two practices. The logic is that, if FGM is widely condemned and outlawed (and for good reason) and if the two are the same, then they should both suffer the same fate. But this is a false equivalence.

The victims of FGM themselves will happily point out that the two are polar opposites. Comparing them actually belittles the trauma they’ve experienced. FGM is usually done during adolescence as the child is reaching the age of puberty. Most of the time, she is brought into a dark room where the procedure is sprung upon her and carried out by an unskilled practitioner in an unsterile environment.

But beyond the conditions of the procedure, the intention of the practice is just as problematic. Unlike Brit Milah, which is intended to elevate a male child to full status in the community, FGM is meant to keep the woman subservient to her husband. The procedure is intended to rob her of all sexual pleasure so she won’t be tempted to cheat on her partner.

What’s also astounding about Ayelet Shaked’s statements is how out of line they are with Israel’s usual demeanor towards Brit Milah. Generally speaking, Israel is circumspect about publicly criticizing any facet of the rite. Metzitzah B’Peh (MbP) is a highly controversial element within the Bris ceremony where the Mohel has direct oral contact with the wound. Direct contact like this can result in brain damage or even death to the newborn.

There are those of us who have spent our careers fighting to have public statements in opposition to Metzitzah but the Israeli rabbinate won’t do it. They’re concerned that their comments will be used as an excuse to restrict circumcision in places where it’s already frowned upon and potentially lead to the arrest of mohalim. This seems highly conservative considering this is a matter of life and death. As much as this stance frustrates me, I have to admit, it’s better than Shaked’s remarks.

I never thought I’d say this, but Ayelet Shaked would benefit from taking a page from the Rabbinut’s book here. Her statement has actually endangered Brit Milah on a global scale. The anti-circumcision movement is enticing for the uneducated. The last thing we need is for a member of the Knesset to embolden those who oppose our tradition. Even if she was only looking for an excuse to reject the asylum plea, she should have realized how her comments have shot our nation in its proverbial foot.

About the Author
Rav Hayim Leiter is a rabbi, mohel, wedding officiant, and member of a private Beit Din in Israel. He founded Magen HaBrit, an organization committed to protecting both our sacred ceremony of Brit Milah and the children who undergo it. He made Aliyah in 2009 and lives in Efrat with his wife and four children.