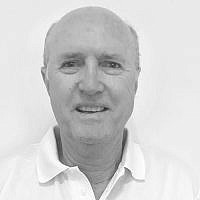 The Blogs
David E. Kaplan
Apply for a Blog
Please note that the posts on The Blogs are contributed by third parties. The opinions, facts and any media content in them are presented solely by the authors, and neither The Times of Israel nor its partners assume any responsibility for them. Please contact us in case of abuse. In case of abuse,
Report this post. 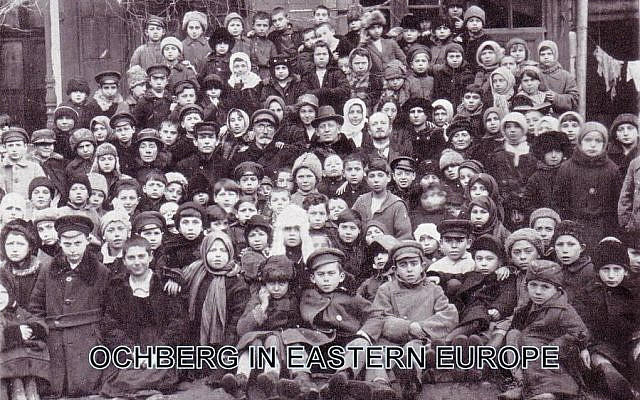 “Daddy Ochberg”. Isaac Ochberg (center) with his rescued orphans in 1921 in Eastern Europe before leaving for South Africa.

If a coronavirus pandemic threatens the world’s population today, one hundred years ago it was typhoid that menaced the lives of some 400,000 Jewish orphans in Eastern Europe. Not only typhoid but also a far more lethal disease seemingly devoid of any cure, anti-Semitism.

Pogroms were rife in the wake of the Russian Revolution, where a bitter civil war raged between the Bolsheviks and their Red Army and the reactionary White Army. The year 1921 was a dangerous time – it was hunting season and the popular prey were Jews, and the most vulnerable Jews were orphans. With letters of their plight smuggled out from this war-torn region, one miraculously found its way to Cape Town, South Africa, where, even more miraculous, the cause was embraced by one man committed to saving as many Jewish orphans as possible and bringing them safely to South Africa. 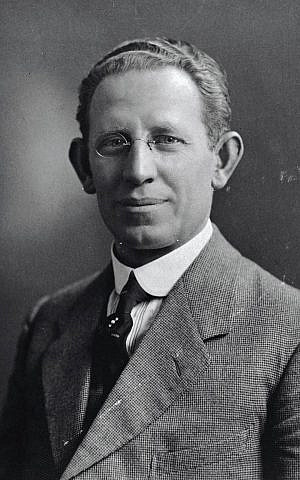 To understand the hellish conditions these orphans were living in, one has only to learn of how Ochberg orphan Harry Stillerman at the Oranje Orphanage in Cape Town lost half his arm. A band of Cossacks on horseback had come galloping into his shtetl, shot his parents in front of him, and, when one of them was about to slash Harry with his saber, the young boy raised his arm to protect himself. With one fowl strike, he severed Harry’s arm off at the elbow and left him to bleed to death in the mud. Five-year-old Harry survived and was found by Ochberg and brought to South Africa.

Another of the orphans was the late Fanny Frier, who would later become Chairlady of the Cape Jewish Orphanage. She recalled as an orphan in Brest-Litovsk waiting for the “Man from Africa” to come. “We were told a man from Africa was coming to save us. He was going to take some of us away with him and give us a new home on the other side of the world.” She said they were so scared but when Ochberg appeared, “with his reddish hair and cheery smile, we all took a great liking to him and called him Daddy. He would spend hours talking to us, making jokes and cheering us up.”

Before leaving South Africa on his daring rescue of the orphans, Ochberg met and negotiated with then South African Prime Minister, Jan Smuts, who set the maximum number of orphans to be rescued at 200. However, there were three conditions. They had to be “genuine” orphans with no living parent; they had to be under the age of sixteen and had to be physically wholesome – not missing any limbs. Ochberg immediately agreed to all three conditions but would later disobey all. Young Harry Stillerman with one arm severed at the elbow was a case in point.

Ochberg, like a real-life Pied Piper of Hamelin, had crisscrossed by train and horse-drawn cart a region beset by civil war and pogroms, plucking up orphans at cities, towns and shtetls. Had they not been rescued, the odds were they would have perished. History sadly makes this clear. Those that survived the horrors of the 1920s would have perished in the horrors of the 1940s.

Reporting on his progress in carrying out the rescue, Ochberg wrote:

“I have been through almost every village in the Polish Ukraine and Galicia and am now well acquainted with the places where there is at present extreme suffering. I have succeeded in collecting the necessary number of children, and I can safely say that the generosity displayed by South African Jewry in making this mission possible means nothing less than saving their lives. They would surely have died of starvation, disease, or been lost to our nation for other reasons.” 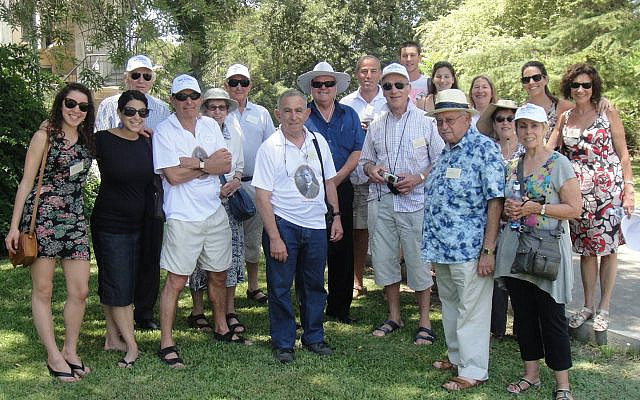 Descendants from all over the world of rescue Ochberg orphans at Kibbutz Dalia in 2011, at the official opening of the Ochberg Park. (photo D.E. Kaplan)

Today, there are thousands of descendants of these orphans scattered all over the world who will join a global audience for the SA Jewish Report online reunion on the 14th March.

Participating in this event will be the Mayor of the Megiddo Regional Council, Itzik Kholawsky, who is proud of Ochberg’s name and legacy so embedded with his region in Israel. While the park – a UNESCO recognized biosphere reserve — is still a work-in-progress, the South African section with the ‘Isaac Ochberg Scenic Lookout Memorial’ and ‘Hill of Names’ stands complete, “and is a testimony to the Jewish tenet that “Whoever saves one life, it is as if he has saved the entire world.”

What is more, stresses Kholawasky, “was Ochberg’s vision and support for a future Jewish State at a time when it was still a dream. The bequest he left in 1937 through Keren Hayasod to KKL-JNF, the largest to date ever made by an individual, was used to acquire the land that became two of our large kibbutzim in this area, Dalia and Gal’ed, both established before Israel’s independence and by Jewish youth movements, and both of which absorbed survivors from the Holocaust – precisely fulfilling Ochberg’s legacy of saving Jewish lives.” It’s little wonder, as Kholawsky reminds us, that much of this region was once popularly known as ‘Evan Yitzchak’ – Hebrew for the ‘Stone of Isaac”. How appropriate – the Ochberg saga solidly embedded in the topography of Megiddo.

Observers today who might still see ‘Even Yitzchak’ signs in the area can be excused for thinking it’s named after Isaac the son of Abraham and the grandfather of the twelve tribes of Israel. But they would be some 4,000 years off the mark. “It’s after Isaac Ochberg,” says Bennie Penzik of Haifa proudly, whose mother and father were both orphans who were saved by Isaac Ochberg. “Megiddo is rich in history and biblical prophecy; May his name resonate here for all eternity.” 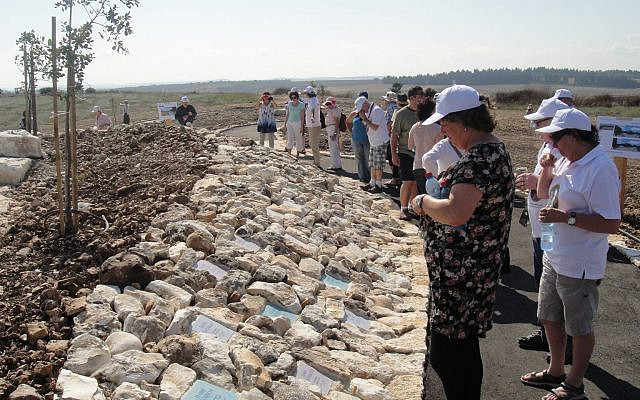 Descendants of the Ochberg orphans, viewing at the inauguration in 2011 of the “Hill of Names” at the Ochberg Park, Megiddo, with plaques of all the names of the orphans rescues from Eastern Europe and brought safely to South Africa. The last surviving orphan, Cissy Harris, died last year in Modiin, Israel. (photo D.E. Kaplan)

On the 14th March 2021, the centenary of this heroic rescue will be celebrated online, hosted by the South African Jewish Report and organized by the Isaac Ochberg Heritage Committee (Israel) in partnership with the Megiddo Regional Council. A panel debate on the saga with be moderated by popular host Howard Sackstein which will be followed by a ceremony from Megiddo in which all are invited to attend. “We are looking for as wide a global audience to this amazing saga of salvation where thousands of people are alive today living all around the world because of this one man,” says Sackstein.

Celebrating the centenary follows the inauguration in 2011 in the Megiddo region of the Isaac Ochberg Memorial Park, near Kibbutz Ein Hashofet, where its most moving feature is ‘The Hill of Names’, where embedded in its rock and masonry are the plaques with the names of all the orphans “Daddy Ochberg” saved and brought to South Africa.

About the Author
David E. Kaplan is Chairman of the IOHC (Israel) and former Chairman of Telfed, the South African Zionist Federation in Israel). A journalist, Kaplan is editor of the Hilton Israel Magazine, Inbal Jerusalem Magazine and online multimedia Lay Of The Land.
Related Topics
Related Posts
Comments