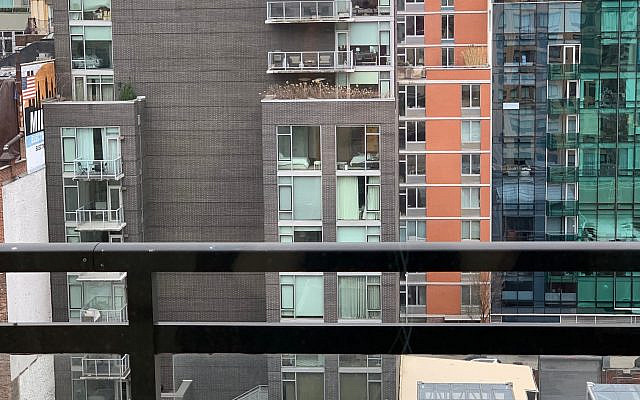 The view from my balcony in New York City

“Isn’t it necessary to clarify the primary category before discussing the subcategory?”

Ever since I read the list of thirty-nine labors in Shabbat 73 (see my response to the very poetic Shabbos 73: https://brokentabletsfrompennycagan.me/shabbos/shabbos-73), I have been impressed with how the Rabbis cataloged labors in a way that resembles how the Library of Congress’ classification system organizes human knowledge. Today’s Daf Yomi incorporates a discussion on the concept of categories and sub-categories. In the way that the Library of Congress system classifies human knowledge under a system of letters (and I always found myself gravitating in University Libraries to the “PS” section – American Literature), they consider liability in terms of transgressions that transverse two categories of labor which would result in two sin-offerings, or a primary and sub-category, which would result in only one.

I am not sure what the Rabbis would make of the types of jobs many us perform in the virtual world today or how they would catalog them. (See Library of Congress classification HD – Labor.) My life changed in mid-March when like most New Yorkers who are privileged enough to have a job my workplace shifted from an office building in midtown Manhattan to my one-bedroom apartment as a result of the COVID-19 virus that invaded my city so ferociously.

My balcony faces 19th Street and as the weeks went on, I noticed how restless the people in their apartment windows were becoming across the way. Those with balconies would pace back and forth in the open air with their phones in their hands. Some were in their apartments walking on treadmills while they worked, some hunched over dining room tables eating sandwiches mid-day, and one man took telephone calls while he would swing his golf club back and forth on his balcony. Another man sat in front of his computer each morning in a neat button-down shirt and boxer shorts.

There is a microcosm of the working world living their lives in rear windows and balconies. Today’s Daf Yomi tells us that because these balconies are in the private domain, all these work-at-home people who appear trapped in their apartments could pass an object back and forth frpm their balconies without liability on Shabbat. Perhaps they could organize a game of soccer as they toss a ball from balcony to balcony. (See Library of Congress Classification GV – recreation.) And they could do this any day of the week, including Saturday.

We are told that if two balconies in the private domain are opposite each other on either side of the public domain, throwing the soccer ball from one side to another is exempt. For some reason, dating back to how work was performed in the great Tabernacle in the desert, they would be liable if they tossed the ball from balcony to balcony that are side-by-side.

New York, the city that never sleeps, went into a coma in Mid-March since the COVID-19 shut down, with its inhabitants pacing in apartment windows and balconies. (See Library of Congress Classification RA – Public Health.) The introduction of curfews last week during days of peaceful protest followed by random violence and the boarded up and fire-bombed buildings contribute to a feeling that this city is on life support. Monday was the first day that the city entered phase one of reopening after being closed for 100 days. Activities allowed under this phase are very limited, but it’s a slow but hopeful beginning. It might allow all those faces in apartment windows to step outside into the late Spring air and rediscover their lives.