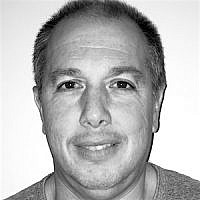 Much has been written and discussed about Marwan Barghouti’s article in The New York Times, trying to explain why prisoners in Israeli jails have embarked on a hunger strike.  Most of the comments have surrounded the factual inaccuracies in Barghouti’s statements and accusations against Israel.  Or they have questioned why The New York Times had the audacity to allow such subversive trash to be published at all.  My question is a different one.  I ask whether it is right that Israel should allow its prisoners (whether they are criminal or political prisoners) the freedom that it does, and that allows people like Barghouti to make such ludicrous claims in public?

It is somewhat ironic that Barghouti accuses Israel of operating an “inhumane system” in its attempt “to break the spirit of prisoners” and of “grave breaches of the Geneva Conventions against the Palestinian people,” while still having the freedom to publish these accusations in The New York Times. Surely this is a contradiction in terms?  If Israel was so intent on breaching the Geneva Convention, it would surely do more to ensure that prisoners do not have access to publish their articles in international publications. Or at least oppose violations more vehemently than it has.  It is common knowledge that prisoners in many systems, even in countries that pride themselves on their democracy, are not allowed access to go unpunished when they publish their complaints and accusations in public.  And yet, Israel has hardly responded to Barghouti’s article to punish him.

In many countries around the world, even in democratic countries, prisoners have significant restrictions placed on them.  This is even more true of those convicted of terror-related crimes, or who are considered the most dangerous after committing very extreme crimes.  In some cases, these restrictions can result in the opposite outcome of the one that the authorities hope to achieve.  In the case of Nelson Mandela who spent 27 years as a political prisoner in South Africa, his popularity grew substantially while he was in prison and isolated from the outside world.  He had no access to the media, and his likeness was not allowed to be published at all by the press.  Despite this, the campaign for his release only grew more over time.  The same was true of Prisoner of Zion Natan Sharansky when he was imprisoned in the Soviet Union.  Despite these examples, the act of isolating prisoners seems, in the most part, to keep them out of the public view.  This raises the question as to whether a stronger reaction to Marghouti would not be in Israel’s best interests?

In spite of accusations of Israel acting in a racist way towards Arabs, and even being called an “Apartheid country”, Israel values its democracy and freedom of speech almost above everything else.  And while security considerations are always of paramount importance in every situation, the notion of preserving democracy and freedom has a very high priority.  The Jewish people have suffered so much discriminatory behaviour over the generations that it would be anathema to have a Jewish country that does not embody democracy and freedom in every respect.  Even if it means being tolerant of those who seek Israel’s destruction.

It seems as though the furor over the article has died down, and the hunger strike in the prisons has been abandoned by large numbers of prisoners.  It is ironic that some of the most important facts about the treatment of prisoners in Israeli jails seem to have been kept low-key in the whole uproar.  The system of housing prisoners in jails is well demonstrated in the list of the improvements that the prisoners are striking for.  These include:

Comparing this to the way in which Israeli prisoners have been held by Arab states over the years seems a joke.  And yet, The New York Times sees it fit to cover this matter.  This hardly points to the systematic violations of the Geneva Convention that Barghouti accuses of.

With the story having almost burnt itself out, perhaps it was the right decision by the Israeli government not to respond more actively to the article that was published.  In Israel’s case, the criticism seems to come whether she has done something, and equally when she has not.  Ultimately, we need to feel good with ourselves that we are doing what allows us to feel good when we look at ourselves in the mirror.  I believe that this is what has been achieved in this case.