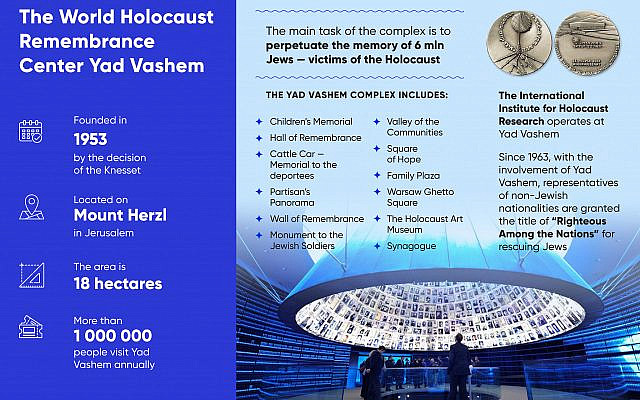 Yad Vashem. Picture by Jewish Confederation of Ukraine
Dani Dayan, who until recently was the Consul General of the State of Israel in New York, was elected Chairman of the Board of the Yad Vashem Holocaust Remebrance Center.
Anyone who has visited Yad Vashem at least once could fully experience the scale of the tragedy inflicted upon Jews during the Second World War.
This remembrance center is of great importance not only in the context of preserving the memory of the six million victims of the Holocaust, but also for preventing any kind of genocide in the future.
One of the important areas of Yad Vashem’s activity is its initiatives in granting the title “Righteous Among the Nations” to people, who helped to prevent further deaths among the Jewish population.
Dani Dayan will have to continue the history of one of the most significant memorial centres for the jewish diaspora and take another step towards the main goal outlined by the founder of Yad Vashem, a native of Khorol, which is in the Poltava region, Ben-Zion Dinur: to perpetuate the memory of each of the six million Jews killed during the Holocaust and, thereby, to warn humanity against repeating catastrophic mistakes.