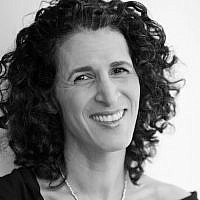 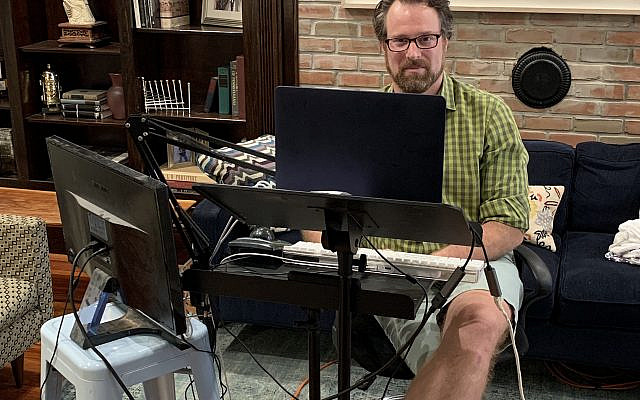 When COVID-19 hit in early March, the Jewish Plays Project (JPP) Artistic Director David Winitsky did what everyone else was doing: he put his business that focuses on live theater online. After all, JPP’s annual National Jewish Playwriting Contest was many months in the making and Winitsky had reinvented Jewish theater before when the idea originated nine years ago.

We chatted with Winitsky about his passion for Jewish theater, JPP’s 2020 National Jewish Playwriting Contest, and taking it all online in the age of COVID-19.

HRF: Tell us about JPP. When it was founded, why, and what progress the organization has made.

DW: The Jewish Plays Project is a specialized development house for 21st Century Jewish theater. We put bold, progressive Jewish conversations on the best stages in the world. Since 2011, we have received and vetted over 1500 new Jewish plays from writers in 32 states and nine countries. We have actively developed 50 of the best of these plays, and 30 have gone on to be produced in New York, London, Tel Aviv, and across the U.S., playing for more than 30,000 audience members.

As importantly, the JPP has created a vibrant national dialogue around the critical issues in American Jewish life. Over 3000 audience members in 12 cities have read, debated, and engaged with 75 new Jewish plays, leading to deep community connections and vital dialogue.

HRF: How have you expanded awareness about Jewish theater?

DW: I founded the JPP not to make MORE Jewish theater, but to make BETTER Jewish theater. Plenty of theaters do Jewish work – but so much of it is out of step with the contemporary Jewish conversation. I love “Fiddler” and “Anne Frank” deeply, and even Neil Simon and Arthur Miller – but these are mid-20th Century conversations. The JPP has been working to take our theater into the 21st Century. We’re choosing plays that tackle vibrant strands of today’s world. These strands include social justice, economic justice, diversity, strong women in Jewish life, LGBTQ inclusion, new perspectives on Israel, environmentalism, and interfaith relations in addition to in-depth conversations about our complex and multifaceted identities.

Image from A Moving Picture by Jennie Berman. Photo courtesy of David Winitsky.

HRF: How do you involve the Jewish community in your work?

DW: The JPP’s entire process is rooted in community – we bring over 1000 people into our selection processes each year. I don’t want to be in some Ivory Jewish tower in NYC, deciding by fate what should be new Jewish theater. I want to be continuously engaged in dialogue – in chavruta – with passionate lovers of Jewish culture.

Our Jewish Playwriting Contest starts with a group of 50 Artist Panel readers – young artists (median age 28) primarily in NYC who review the 200 submitted scripts each year. This group selects our annual Top 7 plays. Our Community Review Panels (in 9 cities this year), read and review the Top 7, then gather for a fantastic community conversation where they choose the City Top 3. We follow that up with live events where audiences of 100-150 choose a City Winner. These significant events are a combination of a TED Talk, a play reading, and American Idol – they are super fun. We hope to add more cities to our roster. We add all those inputs up into one Final Winner!

So – LOTS of community!

HRF: Have you had to make programming or organizational changes in the current COVID-19 environment?

DW: This moment has been fascinating – seeing the variety and strength of the outpouring of artistic output from our colleagues and friends. I am thrilled that we are joining the fray with the 2020 Jewish Playwriting Contest – Digital Edition.

We asked seven great young directors to record 7-10 minute excerpts of our Top 7 plays via Zoom with actors from all over the US and Canada. They came up with really cool things – everything from a straight-up Brady-Bunch style reading to a cool animation to things that are more like short films. All of these are available on our website for folks to watch, consider – and then vote in the National Online Contest. www.jewishplaysproject.org/digital.

And we have just piloted our first ever LiveStream Contest with our partner Continuum Theater in Chicago. A fantastic group of theater fans gathered for a one-hour interactive Zoom call in which we talked about the JPP, spoke about what we miss in Jewish life right now, watched video excerpts of the Chicago Top 3, and voted on a winner.

We will be doing similar events with partners in Fairfax, Hartford, Buffalo, and Silicon Valley – and we are thrilled to be welcoming Center Stage Israel in Ra’anana to the fold as well. The full schedule is at www.jewishplaysproject.org/livestream.

HRF: How did the idea of The Jewish Playwrighting Contest come about, and how does it work?

DW: The Contest was born nine years ago as a collaboration with Carol Berman of the JCC of Metrowest in West Orange, NJ. Carol had an idea for a local competition and asked me to help out. We brainstormed and decided we wanted to find out what was happening in Jewish playwriting nationally at that current moment, so we hung out a shingle and started accepting submissions. We got over 140 that first year, and have received more than that every year since – 254 were submitted just last year.

Since then, a roster of folks – Artistic Associate Joshua Benghiat, former Literary Manager Jeremy Stoller, current dramaturgy fellow Arianne Barrie-Stern, and a large group of amazing people have worked hard to turn this idea into an ongoing and impactful tradition.

HRF: Talk about the playwrights that are in the competition this year.

This is a particularly strong batch of plays, covering some of the most pressing stories in the Jewish world. Jews are taking responsibility for refugees, Jews confronting racial justice, American Jews, and Israel, Jews in the face of anti-Semitism, Jews facing off with each other.

In some years, we are lucky to present young writers who are just emerging into their craft with bold ideas. This year, we have the unique opportunity to showcase some amazing conversations from a group of seasoned, stellar writers who are in firm control of their craft.

This is the reason the JPP exists – to bring these stories to you, to create community dialogue around the things that matter, and ultimately, to champion these plays as they move onto the best stages in the world. We’re excited for you to be a part of our journey.

HRF: What kind of topics do you gravitate towards, and how often does Israel get featured?

DW: Israel is a giant subject in the 21st Century Jewish conversation. It’s our pride, our hope, our beacon, and our joy, but it also can be the site of some of our most profound tragedies and most deeply confounding ethical dilemmas. So it’s a vibrant ground for great playwriting!

Over time, I’ve come to realize that the JPP speaks with a diasporic voice. We’re not Israeli (though we often work with and feature Israeli artists), and the specifics of the political and cultural debates there aren’t up to us to decide.

What we can focus on is the way that we talk about Israel here in North America and around the English-speaking world. There is no more electrified third rail in our Jewish conversation than Israel. There are passionate, well-informed, moral points of view on all sides of this vast conflict and issue – and often, our dialogue devolves into vitriol and accusation and recrimination. That’s not helpful, it’s not productive, and it certainly isn’t art.

HRF: How can people vote?

DW: Easy! There are two ways:

2. Attend (virtually) one of our LiveStream Zoom events around the world. All the details are at www.jewishplaysproject.org/livestream

HRF: What happens to these plays after the contest?

DW: The biggest win for the JPP is when one of our plays gets a big production. I am thrilled that the 2019 Winner, “In Every Generation” by the wonderful writer Ali Viterbi will receive its World Premiere at Chicago’s Tony-Winning Victory Gardens Theater next winter. And our 2017 Winner, “Bar Mitzvah Boy” by Canadian playwright Mark Leiren-Young was just published after six productions in Canada and the US.

This is where we find our nachus – when we can add a new 21st Century Jewish voice to the canon of world drama.

DW: We are looking forward to the 10th Anniversary of the Playwriting Contest next year, and I believe that this experiment in online work is going to become a permanent part of the JPP. Whether its video excerpts, podcasts, or something else, we’ll be getting out to thousands of Jewish culture mavens both through our live events in New York and around the country and via the interwebs. I hope all the Times of Israel readers will join us!