We, here at Temple Emunah, are proud to host this Forum on Gun Violence Prevention and honored to be partners with Follen Church, #LexingtonSayEnough, and the Louis D. Brown Peace Institute in this holy work — the work of saving lives!

For those of us who have been working tirelessly to prevent gun violence for decades, the last years have been disheartening.

Surely, after Columbine, Virginia Tech, Tucson, Fort Hood, Aurora, Oak Creek; surely after Sandy Hook in Newtown, CT, something would change, but nothing.

The NRA’s chokehold was too strong.

Orlando, Las Vegas, the Church in South Sutherland, Texas — nothing.

But after Parkland, Florida, our young people have risen to the fore, demanding change.

Our students are saying #Enough!

The school walkouts, the March for our Lives speak to winds of change.

And just two days ago, a federal judge held up our Commonwealth’s ban on assault rifles.

And kudos to our Attorney General Maura Healey from whom we will hear later. 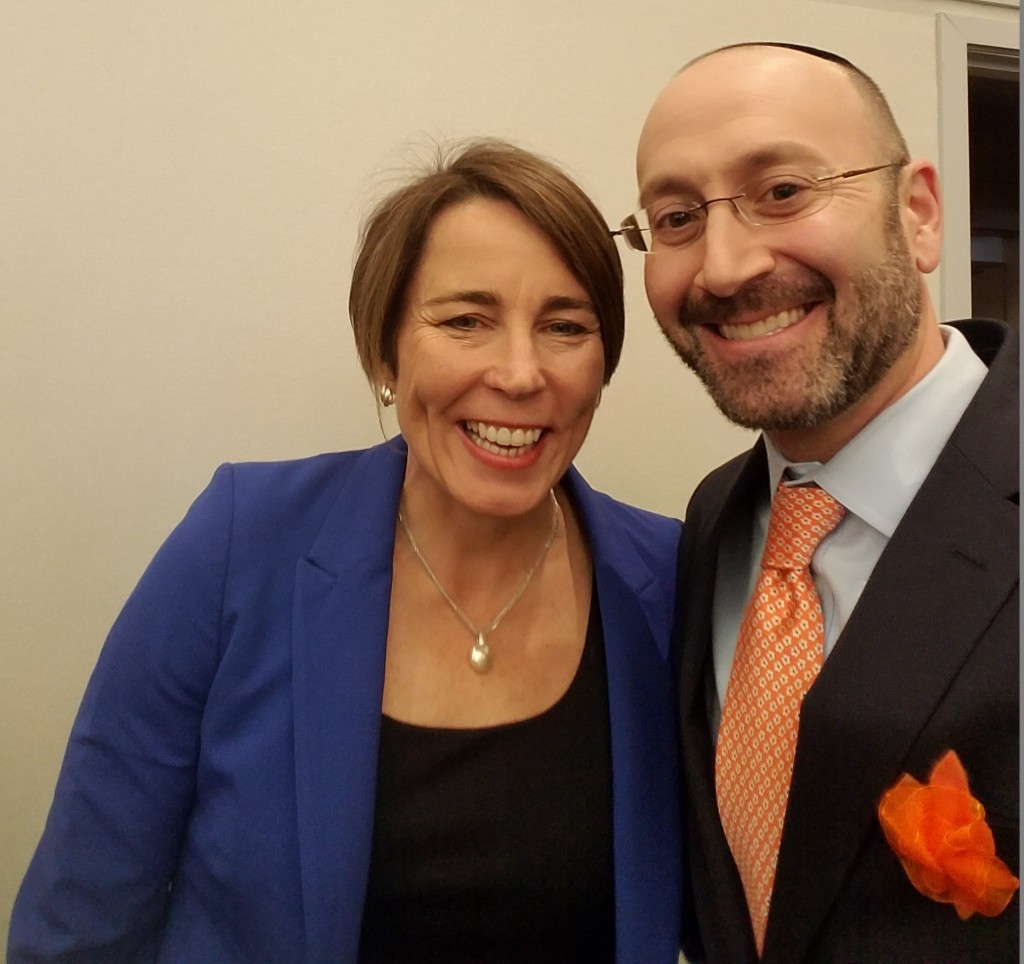 This is a moment when we can save lives.

This is a moment when we can effect change.

Let us not squander the moment, but learn and act.

The ancient rabbis taught that if you save one life, just one life, it is as if you have saved the world.

Enough of doing nothing.

The Hebrew Bible states clearly:  “Do not stand idly by the blood of your neighbor/lo ta’amod al dam rei’akha” (Lev. 19:16). Commenting on this commandment, Rabbi Abraham ibn Ezra warns against the complicity of silence and its price.

Concerned about the danger of weapons falling into the wrong hands and to prevent arms trafficking, the ancient rabbis set stringent guidelines not only for the sale of weapons, but also for the sale of material that could be used to make weapons.

Two thousand years ago, rabbis were not afraid to limit the sale of weapons, nor should we be.

Today, there are virtually no limits to the weapons and accessories that can be purchased legally in the United States.

Why would any private citizen need such weaponry? And why is amassing such an arsenal legal?

Almost all Americans agree that there should be universal background checks.

Why is that not the law of the land?!?

Or as it says on this t-shirt, #Dayenu: 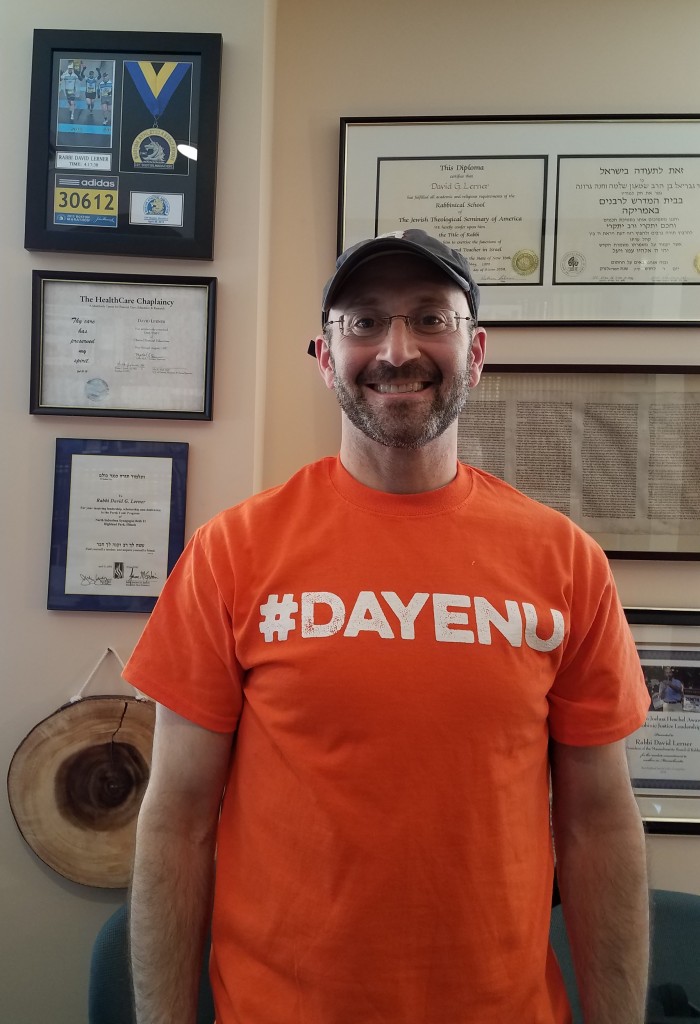 While we hear about the mass shootings – most people are killed by guns in smaller numbers.  Each day, on average, 318 people are shot – 96 of them die and 7 of those murdered are children.

Let us all be agents of change and to paraphrase the words of Captain John Parker on April 19, 1775 on the Battle Green just down the road “Let this change begin here – in Lexington!”