I’ll be taking a daytrip on February 13 to the land of unicorns – right here in Jerusalem.

For the third year in succession, I’ve been invited to be the main stage host for the largest business event in Israel’s history, the OurCrowd Global Investor Summit.

Among the 20,000 investors, entrepreneurs, nobel prizewinners and business leaders registered to attend the largest investor event in the Middle East, I’ll be trying to spot Israel’s next unicorns – private companies valued at $1 billion or more.

Israel now has at least 20 unicorns – more than France, Germany and Australia combined. In world rankings, only the US, China and UK have more. Because tech companies have a tendency to be acquired or go public before they hit the billion-dollar mark, the addition of nine new unicorns to Israel’s portfolio in 2019 suggests the local market is maturing, providing more jobs and more benefits for the local economy. 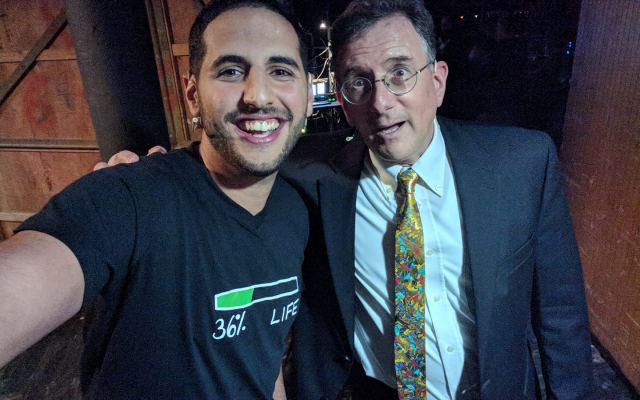 The OurCrowd Summit is Israel’s premier occasion for spotting these rare and wonderful creatures, adding to the magic of the event. The Summit features drones and phones, VCs and PCs, blockchain, the supply chain, and the latest technology in health, stealth, sight, sound, voice and vision. Ticket-holders can attend sessions on medtech, mobility and media, health, hacking and happiness, AI, VR and E-commerce, food tech, agtech and fintech. Last year, they could stroll through a Korean Pavilion, wander around Impact Alley, saunter through an Italian Innovation Plaza, surf down to Aussie Tech Beach, wonder at the India Pavilion and – for medical and research purposes only – cruise down to the Cannabis Greenhouse. 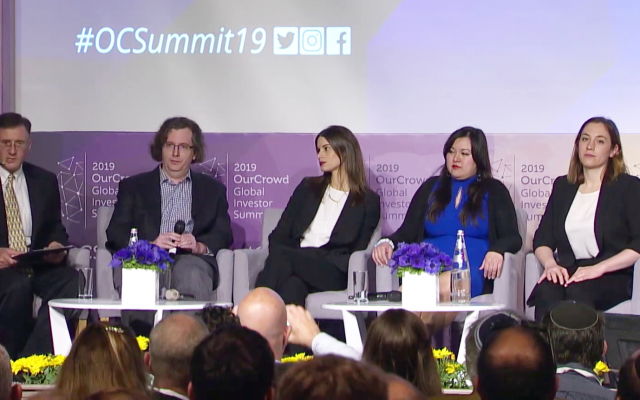 Among last year’s Summit presenters was the rapidly-growing online insurance company Lemonade founded by Shai Wininger and Daniel Schreiber, whose $300 million investment round shortly after drove their valuation beyond the $1 billion watershed. BeyondMeat, one of OurCrowd’s non-Israeli portfolio companies, was also there, serving up 2,000 of their meatless burgers just weeks before their record-breaking flotation in New York where the stock soared to the best first-day trading performance in nearly two decades. The company is now valued at nearly $8 billion.

OurCrowd is a crowdfunding investment platform that offers its 40,000 members the chance to join early pre-public funding rounds in young tech companies when risks are still very high – about half of all Israeli startups fail – and returns are big. It allows smaller investors to get in on the deals that are usually available only to the pension funds and Warren Buffets of this world.

2019 was a bonanza year for Israeli tech. Total exits almost doubled over the previous year to $21 billion in 138 deals, according to the IVC-Meitar Israel Tech Exits report. 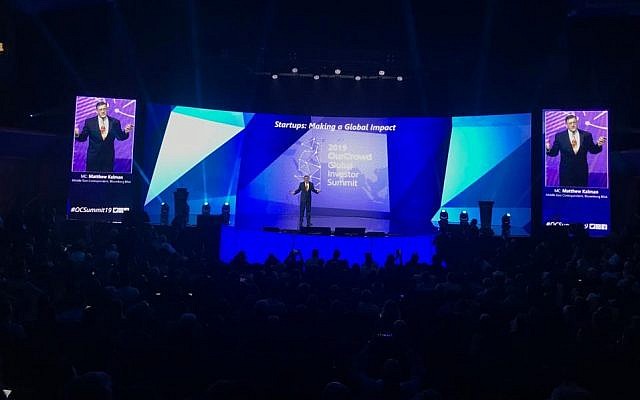 Welcoming participants from more than 180 countries to last year’s OurCrowd Summit. This year’s event will be even bigger

The Summit offers investors a unique sneak preview of the companies poised to achieve the next big exits in the world’s most vibrant tech economy – and an opportunity to invest before they happen. 32 of the startups presenting at the past four summits had an exit or IPO within 12 months. Since 2014, 36 OurCrowd portfolio companies have either been acquired by global multinationals or achieved successful exits through IPO.

In 2019, the Summit featured Magisto, which was acquired by Vimeo for $100 million the following month, and Wave, acquired in June by H&R Block for $405 million.

Who will be next in line? I don’t know, but I’m fascinated by companies like CropX, whose soil sensors and software are helping farmers measure moisture and nutrients, saving millions of gallons of water and increasing crop yields. CropX recently acquired the larger CropMetrics, which specializes in precision irrigation, adding half a million acres to the areas they now manage in the US.

OurCrowd also has an impressive portfolio of medical companies that use cutting-edge technology to push the boundaries of diagnostic and surgical medicine. They include the cancer-busting Alpha Tau, which recently unveiled the results of its first clinical trials showing a 100% response to its pinpoint radiation technique to destroy tumors without harming healthy tissue nearby. There’s also Zebra Medical Vision, which recently notched up a fifth FDA approval for its Artificial-Intelligence assisted tools that speed up diagnosis and help radiologists prioritize urgent cases.

As climate and health troubles fill the headlines, I’ll also be listening to executives from companies like Edgybees, whose augmented visual intelligence disaster communications technology is helping emergency services fight the terrible bushfires in Australia, and ClimaCell who have teamed up with Google to roll out their pinpoint forecasting technology free of charge for farmers across India, and spun off a non-profit to provide early warnings of weather emergencies in Africa. I’ll also be looking at companies like MeMed and SaNOtize whose technology promises to help identify, contain and treat epidemics like the coronavirus sweeping across China.

I’ll be hosting these and other promising startups, alongside key investors and business leaders, on the main stage on February 13 at Binyanei Ha’Uma in Jerusalem, alongside some of the biggest names in global technology and business. There will also be a “Pitch the Press” session with the world’s leading business reporters.

I’ll let you know if I spot any unicorns.