The British Labour Party, now led by the Hard Left, is likely to win power at the next general election. It will then adopt overtly anti-Israel policies. Yet the Israeli Establishment, especially the Foreign Ministry, is willfully blind to these imminent dangers — because it cannot adjust to the bitter realities of the twenty-first century.

Historical precedent indicates there will be another general election in the United Kingdom within a year or so. That is what happened in eight instances, between 1885 and 1974 (the last time the situation arose) when an election produced a government with a tiny majority, or one dependent on another party for a tiny majority (as in the current situation), or a minority government with no majority.

Furthermore, all the opinion polls since the election on June 8 show Labour emerging as the largest party in this apparently-imminent election, probably with an overall majority. In that case, Jeremy Corbyn will be ‘invited by Her Majesty’ to form the next government. He will become Prime Minister and John McDonnell will be Chancellor of the Exchequer. For the first time in British history, the Hard Left will be in power.

Now let’s quickly insert some caveats. First, with all due respect to historical precedent, it is possible — not merely conceivable — that the current arrangement will survive for several years. Second, and more convincingly, we all know what opinion polls are worth with regard to an election in six or twelve months’ time. Just think back to the polls in March/April, which pushed Theresa May to call the election, versus the outcome on June 8.

Quite. Points taken. Nevertheless, we have no choice but to relate to probabilities, whilst accepting that there are no certainties. In passing, I would highlight the degree of uncertainty that now envelopes British politics and British policies — above all with regard to Brexit, the issue that dominates British public life. This illustrates the fact that the UK — for several hundred years the poster child of political stability and the benchmark for good governance — is now politically unstable and its governance deteriorating rapidly.

Within the realm of probabilities, it is thus a) very likely that there will be another election during 2018; b) very unlikely that Theresa May will lead the Conservative Party into that election; c) extremely likely that Jeremy Corbyn will lead Labour. Finally, the best assessment that can currently be made is that Labour will win.

Policy-makers, analysts, investors, businessmen — everyone with any professional or even personal involvement in the UK — must work on the basis of these likelihoods, whilst noting their attendant caveats. That means that they must assume that Corbyn and his henchpersons — who now have complete control of Labour after most of his opponents meekly surrendered to him following his election success — will seek to realise as much as possible of their agenda.

This agenda is “Hard Left,” meaning that it is well beyond the parameters that have defined the governmental arena in the UK — at least since the post-war Atlee government. Although there is considerable uncertainty as to what policies a Corbyn government would actually seek to implement “if and when,” there is no doubt as to its declared orientation and preferred direction.

Given this prospect, it is hardly surprising that rich people in the UK — native British and, perhaps especially, expatriates seeking a safe haven for their wealth — are worried. Senior executives of foreign companies invested in the UK, especially those active in the financial sector, are apprehensive. These and others have valid grounds for concern.

However, among the most likely policy changes on a Corbyn government’s to-do list is a sharp downgrading of relations with Israel. There is no reason to doubt the sincerity of Corbyn and Co’s deep-seated antagonism towards Israel — and let’s leave aside the issue of anti-Semitism for the purposes of this article.

The question then becomes whether the pro-Israel forces within the UK civil service, such as the intelligence community or the trade ministries, will be able to block, delay or dilute anti-Israel initiatives from a Corbyn cabinet. Although we can’t know until these scenarios become reality, we can and should be worried about them.

Unfortunately though, Israeli policy-makers — led in this case by the Foreign Ministry — are displaying willful blindness to the developing threat in the UK. I have heard two fairly senior foreign ministry officials, in public appearances and in private conversations, downplaying the possibility of an overtly anti-Israel policy by a future Corbyn-led Labour government. The official line seems to be that the British Labour Party is, at root, supportive of Israel and certainly not inimical. The “Corybinistas” are viewed as an extraneous force that has seized control of the party and as a transient phenomenon — and hence not a serious threat and perhaps not even a threat at all.

If the foreign ministry would pay attention to its own people on the ground in London, it would be disabused of its erroneous and obsolete attitudes toward the UK. Instead, it remains prisoner to deeply-entrenched beliefs in a stable polity, governed by a well-educated, highly-intelligent, sensible and honest elite that enjoys the respect and support of the general public.

That country no longer exists in reality, indeed it may soon cease to exist even as a cohesive political entity. But for the Israeli socio-political Establishment, that description remains the idyllic image of the ‘enlightened country’ that Israel should aspire to be.
Indeed we should aspire to be enlightened, liberal, democratic, fair, honest and stable. And in fact, despite all the fashionable moaning and disparagement, we are making progress on most of those goals.

But, sadly for the Israeli elite and tragically for the countries involved, as the twenty-first century progresses it is becoming ever-clearer that the European countries which the Zionist enterprise took as its role models are moving in the wrong direction. Amazingly, yet undeniably, Great Britain is now leading this process of political, social and cultural unraveling — and, as so often, Israel and the Jews will serve as both litmus test and measuring rod. We should prepare accordingly.

About the Author
Pinchas Landau is an economic and financial analyst, serving as a consultant to major financial institutions in Israel and abroad on domestic and global developments.
Related Topics
Related Posts
Comments 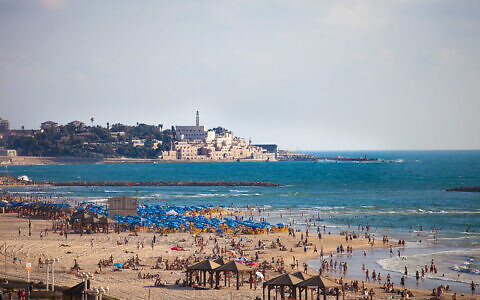 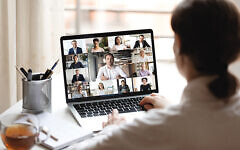 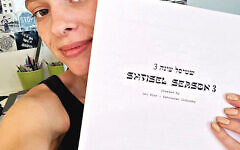 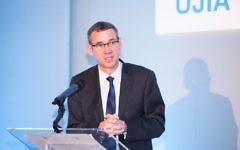 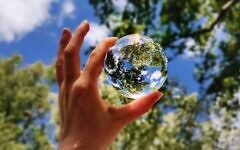 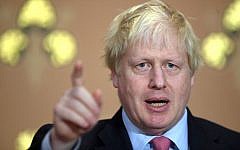