When “Rock in the Red Zone” Comes Home

A movement isn’t a movement unless it is constantly on the move. It’s not a problem to stay in the public eye when there are rockets flying, invading our lives with adrenaline and turmoil. But in a country embedded with conflict: where internal political tension co-exists with existential security issues along every border, it is a challenge to maintain the momentum of a movement during relatively quiet reprieves. Despite incidents of rocket fire and infiltrations, two and a half years have passed since the last rockets of Operation Protective Edge, exploded, ruthlessly claiming the final casualties of that war (killing two friends from my community and ripping the legs off a third).

Since August 26th 2014, people would rather indulge themselves the extravagance of tentatively easing back into the interim comfort of what most people would consider normal life routines and the complacency of a quiet “status quo”. People prefer to inhabit that zone, rather than continue to reside in the highly stressful Red Zone, as long as life’s realities aren’t violently propelling them there. Who could blame them?

To raise public awareness, the Movement for the Future of the Western Negev together with the Center for Social Rights (Mezach) in Sderot took advantage of the season when anemones bloom and nature’s beauty rivets the eyes of the Israeli public on the south. The evening began with hot soup in the coffee house below the Sderot Cinematheque, followed by a special screening of the inspiring movie Rock in the Red Zone, by American filmmaker Laura Bialis, and ended with a panel discussion. Bialis first came to Sderot in 2007, returning later on to learn more about a music industry spawned from fear and hope: authentic Israeli soul music from the rocket-plagued southern border town. She fell in love – first with, then in – Sderot. She stayed for 2 years, documenting the lives of musicians singing their existence between respites of rocket attacks. 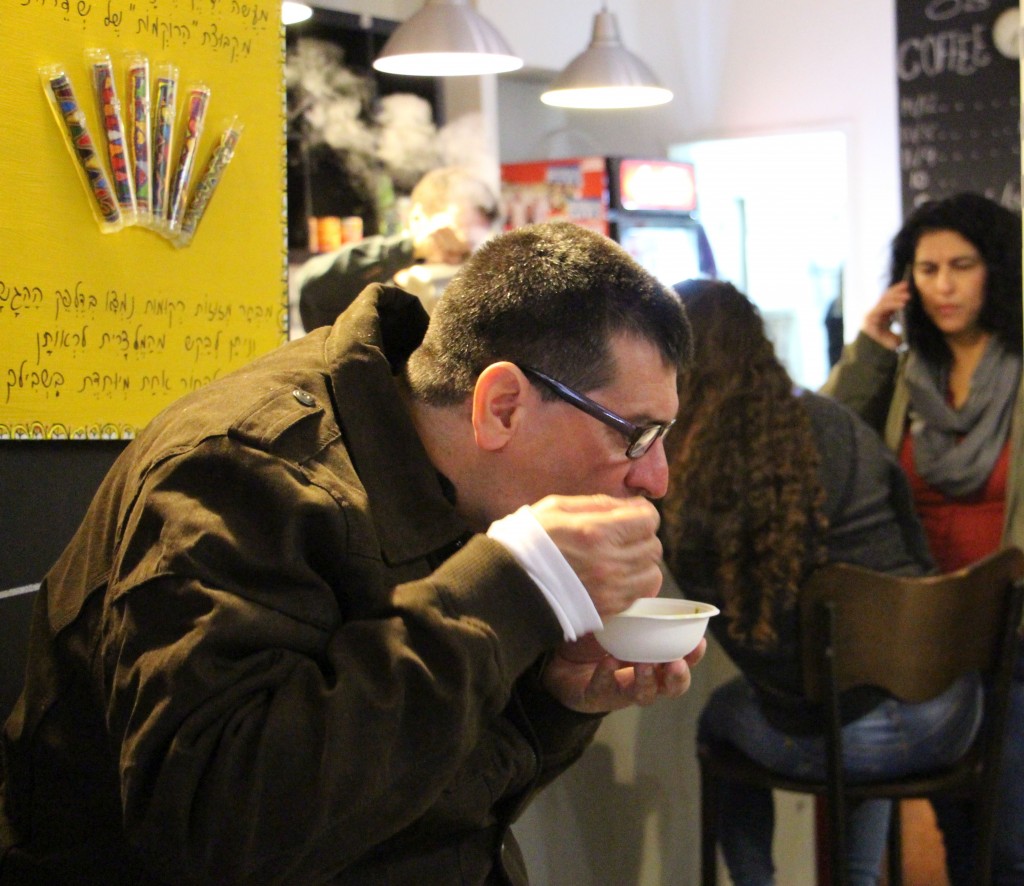 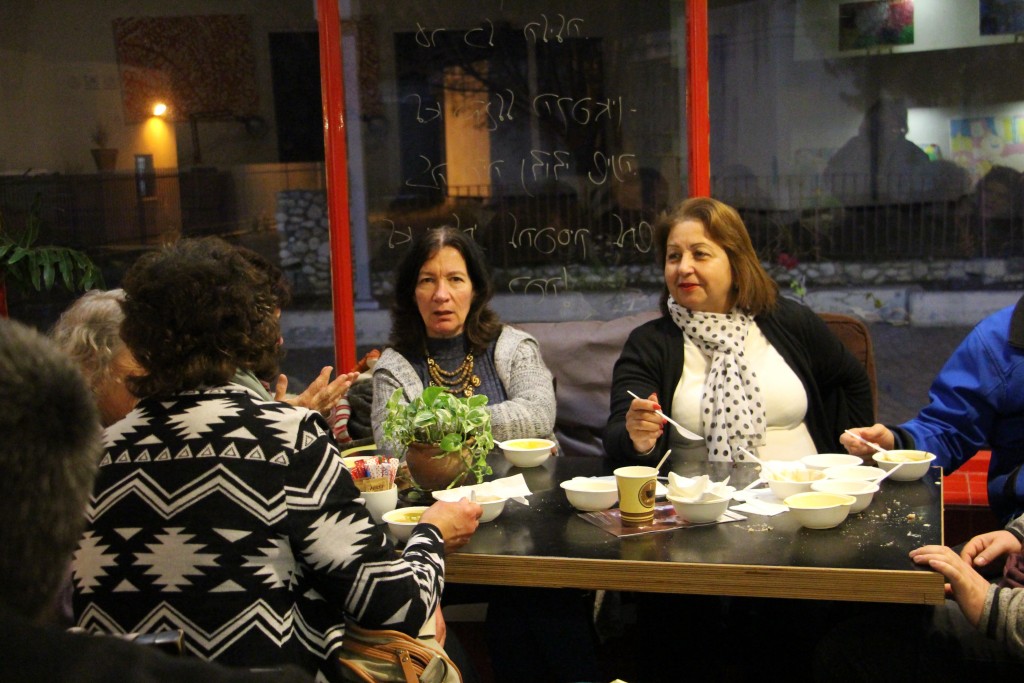 I had seen the movie last year when it was aired on one of the Israeli TV channels. I watched it on my own, at home. It was hard to watch; even harder to hear the Rock and Eastern music interspersed with the sounds of the Red Alert incoming rocket warnings and the explosions preserved on camera. When I watched it then, it was still close enough to that dark period for the trauma to be relatively fresh. My dogs still displayed Pavlovian reactions to the sounds of rocket alerts coming through the tv speakers, as did I,with tears uncontrollably streaming down my cheeks. I was, however, prepared for this week’s screening, reassured by the fact that I’d actively been processing those events for the past two and a half years. I purchased my ticket armed with the knowledge of what I was about to see. 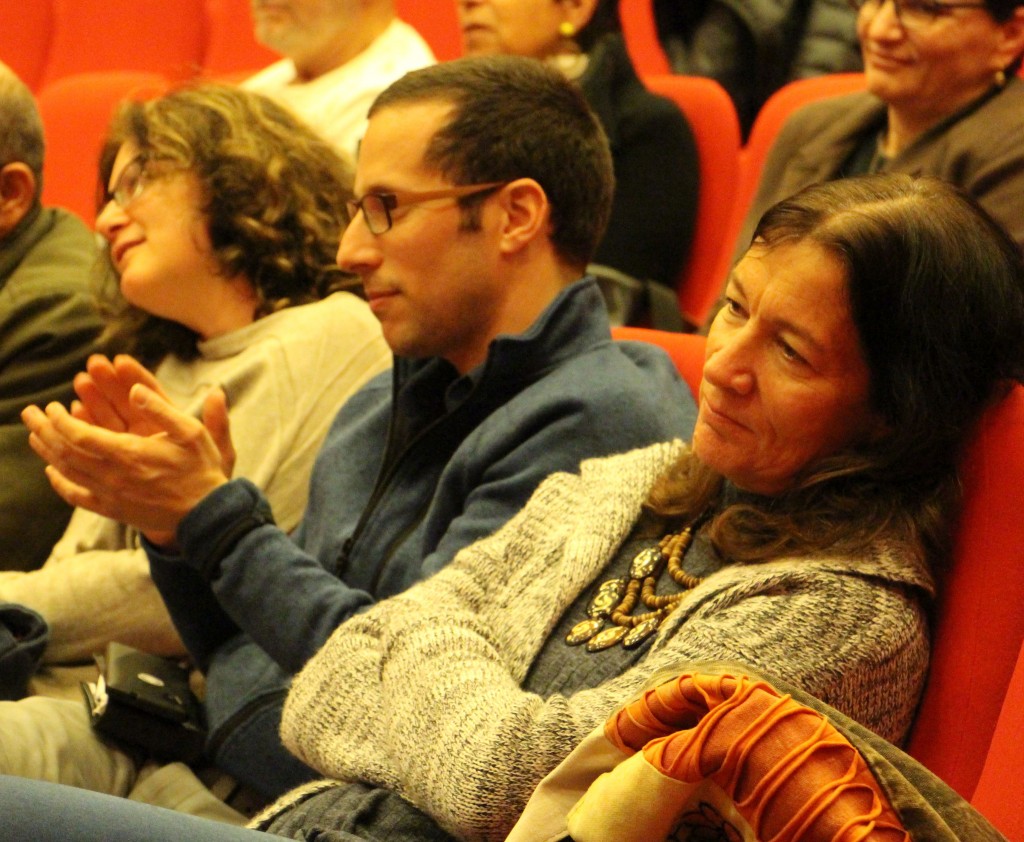 But as the screening began, I found the old instincts kicking in. My first thought was that I didn’t know the place well enough to know where to run in case of a live rocket warning. I then found myself cringing each time we heard the rocket warnings in the movie. Watching along with other people, I felt a powerful collective flinch at each explosion. This not just the recoil that happens when one is surprised by an unexpected noise, but rather the post-traumatic kick-in-the-gut that 95% of the people in that hall were experiencing simultaneously with me. 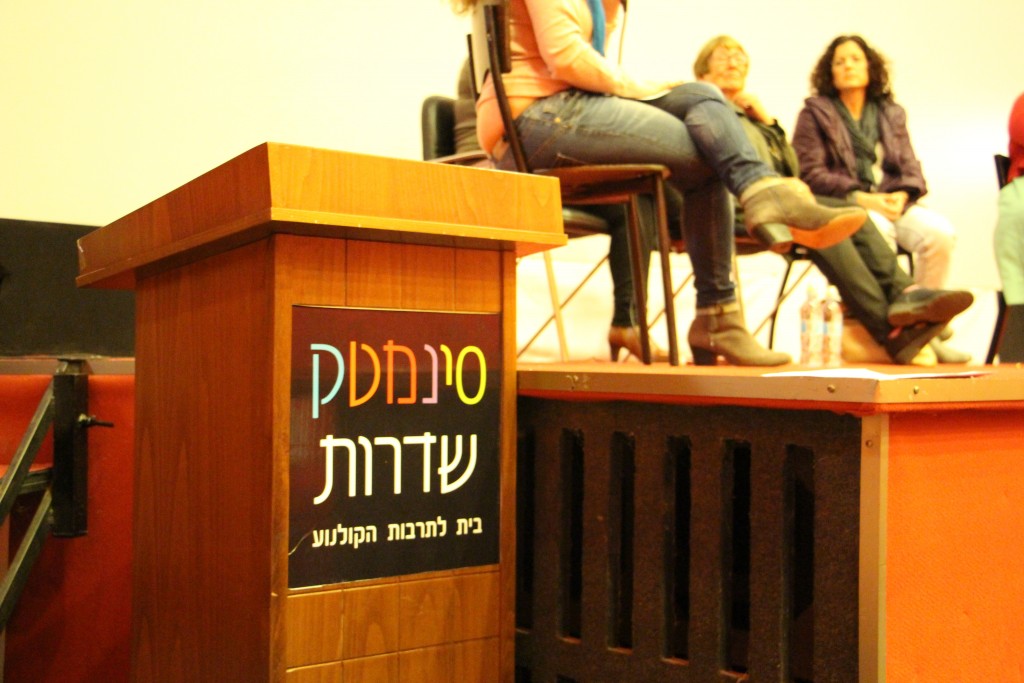 Approximately 60 people attended the event. Most of them were from Gaza Envelope communities, but there were a few who had come from as far away as Haifa to see the movie and attend the panel discussion that followed. On the panel, were representatives of the two movements hosting the event. The audience heard from women who worked with the Center for Social Rights, about the emotional and psychological fragility of many people who live in our communities, due to the years of living in rocket range. Especially the children. We heard about their success in reinstating a permanent government-payrolled child psychiatrist, which Sderot had been without for years. We learned about the encouraging work that is being done to treat other needs of the traumatized populations who – as a psychologist interviewed in the movie said – have not even begun to reach the POST stage of post-trauma, due to the on-going nature of this regional conflict. The panel discussed the roles artistic creativity play in coping with trauma. The audience heard why the Movement of the Future of the Western Negev needs their support – now more than ever. 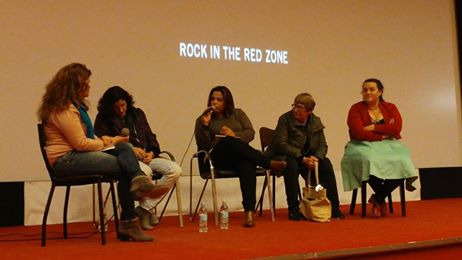 It was somewhat of a disappointment that we did not manage to fill the hall. Had we taken the smaller movie theater, it would have felt more of a success. I wouldn’t have felt so alone. (Symbolic, maybe of the sentiment voiced in the movie at one point – about how we often feel isolated from the rest of the country, and often, alone.) From discussions I had with friends afterwards, we came to the conclusion that it was not due to apathy, rather to the fact that the target audience was really Sderot residents and people like me who live in other communities around the Gaza border. And it turns out that not many of us are willing to spend an evening out at the movies to deal with the still-open wounds from that period, and the knowledge that it can, and will, happen again. Because, as another friend (who chose NOT to attend) explained her viewpoint: The rock music that comes out of the Red Zone – entertaining and stirring as it may be – is “the sound of our souls caving in.” 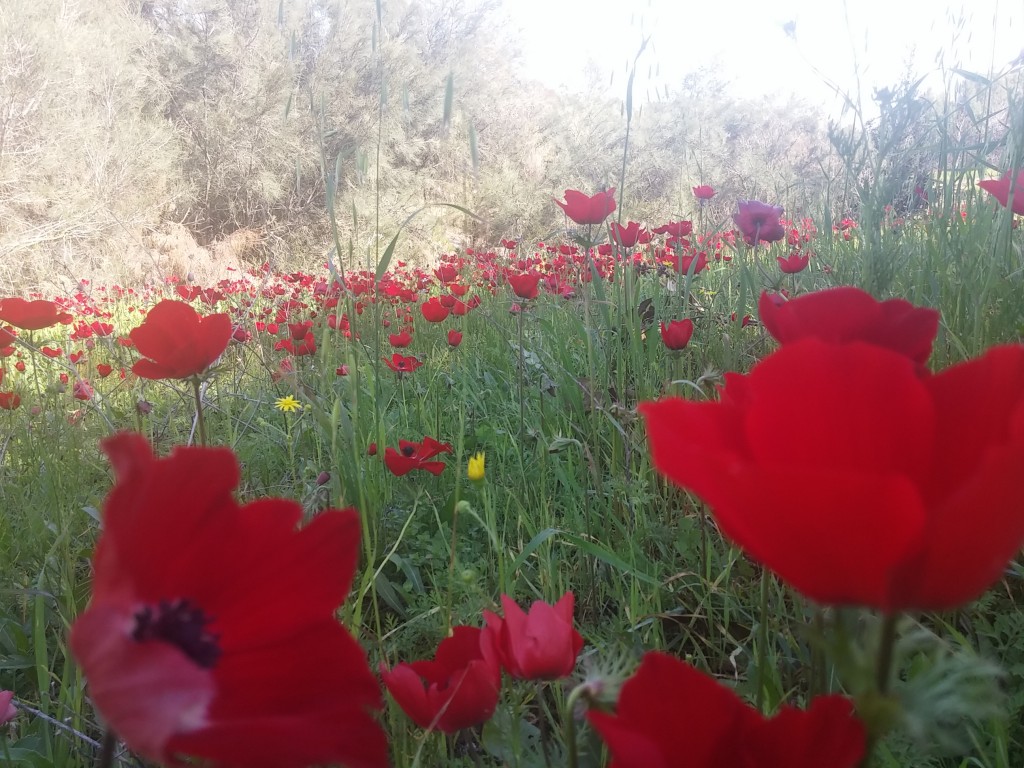 About the Author
Born in the USA, Adele has lived in a Kibbutz on the border with the Gaza Strip since 1975. She is a mother and a grandmother living and raising her family on the usually paradisaical, sometimes hellishly volatile border. She is affiliated with "The Movement for the Future of the Western Negev", and "Achdut Im Hadarom" for sanity's sake. She also moderates a FB group named "Life on the Border". https://goo.gl/xcwZT1 Adele is a teacher of English as a Foreign Language, as well as a teacher trainer and counselor for the Israeli MoE for EFL and a Tech Integration Coach. She blogs here about both Life on the Border, as well as about digital pedagogy, in "Digitally yours, @dele". She has recently become a devoted YouTuber on the topic of digital stuff. (https://goo.gl/iBVMEG) Her personal channel covers other issues close to her heart (medical clowning, Life on the Border, etc.) (https://goo.gl/uLP6D3) In addition, she is a trained medical clown and, as any southern clown would do, clowns as often as she can in the pediatric ward in the hospital in Ashkelon. She was recently included among the Haaretz "Ten Jewish Faces who made Waves in 2018" https://goo.gl/UrjCNB. She was invited to Geneva by an independent investigative committee for the UN to bear witness to the border situation in November 2018, and in December 2019 addressed the UN Security Council at the request of the US ambassador to the UN.
Comments