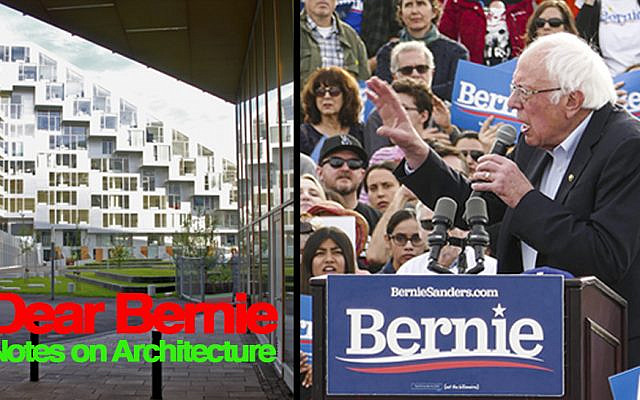 Senator Sanders at a rally in Venice, CA / Housing in Denmark

Israel’s third election date on March 2, 2020, comes one day apart from
the USA’s Super Tuesday primaries, on March 3. As an Israeli-American and California resident, I will cast my vote for presidential candidate Bernie Sanders. Why Bernie? Because, in my view, he has the broadest perspective, not only for what is needed in this country but also for the needs of the world and the role that the US should play as the only country that can lead the planet into a better future.

The included short film, “Dear Bernie – Notes on Architecture,” refers only to one of the items he addresses, “Housing for All.” Before I go to my letter, I want to make some clarifications for the Israeli and Jewish readers.

The opposition to Bernie Sanders comes from all sorts of directions, not only from the Republicans. “He is a Socialist, he is too far to the left,” “he is too old,” “he is not simpatico,” “he doesn’t know how will his promises be paid,” “he is not a friend of Israel.” These are some of the arguments that I hear often.

Bernie labeled himself as a Democratic Socialist, like Leon Blum, Willie Brandt, Tony Blair, Francois Mitterrand, and Israel’s Prime Ministers David Ben Gurion, Yitzhak Rabin, and Shimon Peres, to name a few. He is not such a terrible company. But in Americans’ minds, the word “Socialism” is associated with the Soviet Union, Castro’s Cuba, and today’s Venezuela, not with Scandinavia’s mixed-economy social welfare liberalism.

Is he too old? Then why the majority of Millenials follow him? Age is a state of mind. You look to the past or look to the future. The Millenials, who will be the future leaders, look for someone who can bring fundamental change to the long list of American unsolved problems.

Is he not simpatico? I don’t need political smiling to lead. I would agree that Elizabeth Warren has better emotional intelligence than all the other Democratic candidates, and I hope that Bernie chooses her for the presidential ticket. Still, to steer the direction for the next four years, Bernie is the right person.

How will all the promises be paid? When on May 25, 1961, President John F. Kennedy announced his goal of putting a man on the Moon by the end of the decade, he did not know all the ‘nickel and dime cost’ of the Apollo program: $25.4 billion, about $152 billion in today’s dollars. I am sure that he has some idea of how to get his program implemented, but one has first to dream and set to the bar high. As Elizabeth Warren said recently, the logic of erasing the students’ loan is economical.

He is not a friend of Israel? He is not a friend of Netanyahu’s policies. He is well aware of Israel’s security needs. Still, he is also aware that a solution must be found as soon as possible for the Palestinian problem. I think that the Geneva Plan is still the best, so far, and he will take a serious look at it.

In tune with the following Notes on Architecture, a far-reaching “Marshal Plan-like” development for Gaza, Egypt, Jordan, Syria, and Lebanon, in parallel to Israel’s, could be the best approach to break the cycle of never-ending wars in the region.

As the next President of the United States of America, and as one of the world’s leaders in times of global crisis, you will have to deal with many complex issues. From the thirty-three major items listed on your website, I will refer here only to the one titled “Housing for All.” In your program, it encompasses 10 million permanently affordable units at an estimated cost of $2.5 trillion dollars. This scope, big enough to generate many jobs, has ramifications that are much larger than just housing. It includes infrastructure for mobility, schools, hospitals, factories, sustainability, urban farming, and much more.

The quantitative problem must confront some serious questions: what to build, where to build, and how to build. From the present US population of 330 million, the projection for 2050 is 440 million, that is, an additional 110 million people.  If we calculate 2.5 people per dwelling unit, 44 million new dwelling units will be needed, at an average of about 1.5 million per year, for the next thirty years.

An increase in density is inevitable, but how? We don’t want to create high-rise housing monstrosities. Higher density does not necessarily mean high-rise buildings. Paris has a high density with only 4-5 floors of high buildings and large green areas. There are many ways of increasing urban density.

An easy one could be done with the stroke of a pen, by allowing an increase of density on single-family units. One could hit two birds with one shot by requiring that owners adding units to their properties must own electric cars that could be parked within their land or in public parking structures within walking distance.

Another way of dealing with density is mixed-use. Today, in most cities, it means commercial on the ground floor and residential above it. This approach could be expanded by including on the first 2-3 floors commerce, institutions, and working spaces for the residents living above. This would lower their dependence on commuting to work.

Where to build should be thought as it relates to public mobility. At a macro level, a network of bullet trains throughout the country could influence the location of complex developments between the two coasts, and between Canada and Mexico. In cities, mobility should be based on a combination of walking, biking, public transportation, and shared cars. 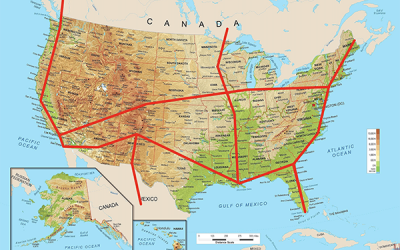 A conceptual network of bullet-train infrastructure

How to build must confront the equation scope-quality-cost. The key to deal with this equation is design quality. To raise the bar, a few actions are needed: 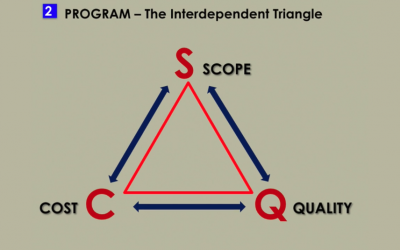 Beyond “Housing for All” in America

The wellness and security of the United States depend on the wellness of the planet. If America is to assume a leading role in dealing with a world expected to have a population of 10 billion by 2050, and of 12 billion by the end of the century, creating a large scope for the needs of the US can impact the rest of the world positively. One way of achieving this could be by creating a University of Planetary Management that would converge multiple disciplines in science, art, and technology. Eventually, such a university could have branches in various parts of the world. 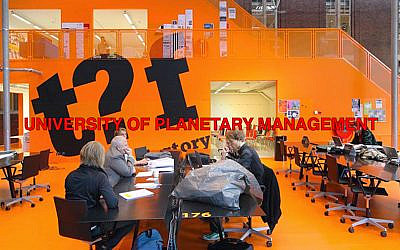 Meghiddo Concept for a University of Planetary Management. Image: The Why Factory, MVRDV, Netherlands 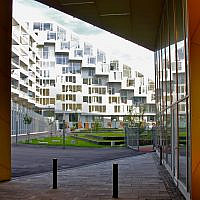 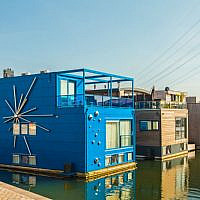 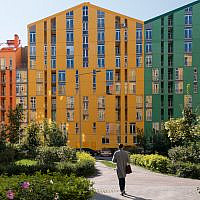 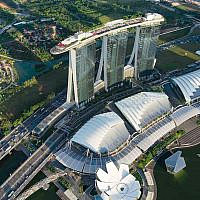 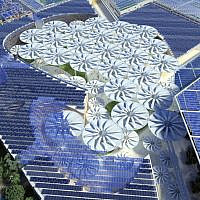 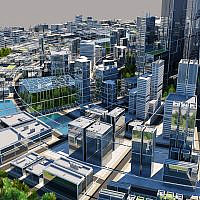 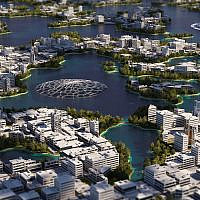 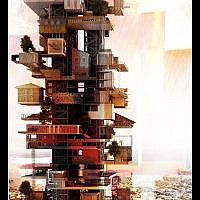 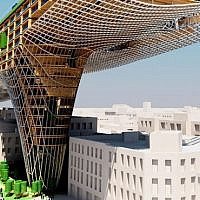 I conclude this letter with two quotations. The first one is mine, published in Cultural Weekly and in ArchiDocu on August 28, 2019:

“Bernie Sanders and Elizabeth Warren bring leadership qualities that could help to invent the future with a wide vision and with greater optimism. (…) Why Bernie as number one? Because he thinks like a statesman. His broad agenda fits not only America’s long list of needs but also a world starving for leadership and direction. Climate change, sustainability, inequality, the arms race are not just American issues; they are global. If approaching them creatively, the planet could be transformed positively beyond anything we can think of today. Architecture could then play a pivotal role.”

“If we have the vision of a just and humane society in front of us, when we stand together, when we fight together, there is nothing that we can not accomplish.”