I want to start out by saying that what you did by challenging Irving’s Holocaust denial was historic, and will be remembered long after you and I are gone. I have the utmost respect for you, your work, and your passion. I will however say that in my humble opinion you are completely wrong about Mike Huckabee’s Holocaust comparison.

Let’s put aside that he is running for office. We can both speculate on Mr. Huckabee’s motives even though I personally think that he, as an evangelical believes in his heart that what he said is true. That is not the issue here.

We also agree that constantly using the term “holocaust” diminishes its power as the unique event in our history.

There were many things that horrified civilized man about the Holocaust. The dehumanization of our fellow human beings, Jews, gypsies, gays, communists, was unprecedented. This however was not unique in the annals of hatred over the millennia. What was unique Deborah (you undoubtedly know), was the cold, calculated, industrial precision of the destruction of those that they hated.

One can compare holocausts, the Armenian, the Cambodian and many throughout history but no one can compare the industrial strength, mechanized, and automated, murder of the Holocaust.

That is precisely why Huckabee is right. If you read the Iranian agreement dispassionately, the Iranians will be able to have an industrial sized nuclear weapons program with virtually no breakout time in ten years.

This deal enables a regime that’s raison d’être is the destruction of Israel and its Jews. It is ironic that there are currently 6 million Jews and approximately 1.7 million Arabs living in Israel.

Huckabee said that Obama is “naive” in trusting Iran to uphold its part of the deal. “By doing so, he will take the Israelis and march them to the door of the oven.”

Here is where I disagree with Huckabee:

Trusting Iran or anyone else in a deal such as this is not relevant.

Nobody trusts the other side. Throwing the issue of trust, and verification out, what is more disturbing about this is that if Iran COMPLIES with this deal, they are guaranteed that in ten years they will be able to have an industrial sized nuclear weapons program. That is even more chilling. While I understand Huckabee’s analogy he is also wrong that if this happens we will not be marching Israelis to the door of the ovens. The ovens will come to them in the form of nuclear weapons.

One or two bombs can and will do the work of the entire German Holocaust infrastructure could not do: kill the Jews in minutes.

Many in the leftist media and the Jewish establishment including the ADL seem to be more concerned with a candidates comments then the actual threat of Iran becoming a nuclear state. To me that is the more disturbing than the comments of an evangelical candidate for the President of the United States. 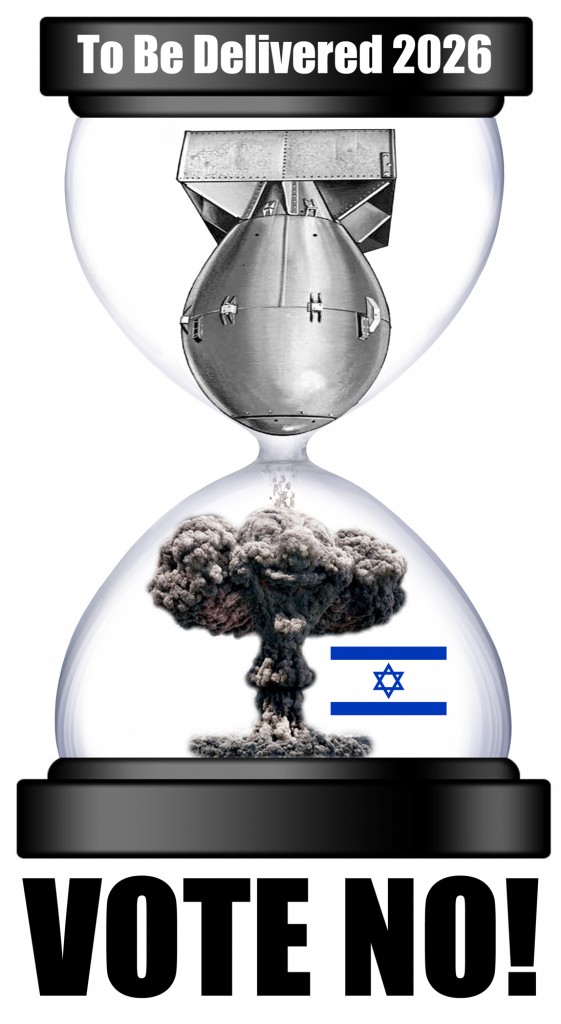