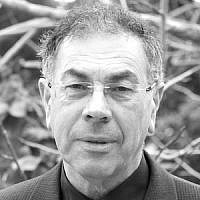 This week, your government will host the annual consultation meeting with Israel’s Prime Minister Netanyahu and members of his cabinet. Ahead of that meeting you have re-affirmed the special relationship between the two countries based on shared values and democratic systems of government.

While true, it does not tell the whole story — indeed there are many contradictions as to what is said and what actually happens.

You yourself have lamented the levels of anti-Semitism in Germany, the necessity for armed police at synagogues and the mendacious popular opinion that “Israel is no different from the Nazis.”

You speak of the “fracturing of civilization in the time of the Holocaust”, which, while correct, ignores the processes that led to that tragedy. As the daughter of a Lutheran pastor, you would be aware that Luther advocated the burning of synagogues, Jewish books and the ultimate expulsion of Jews from German lands. His wishes would be granted 400 years later on his birthday in 1938 during the state-sponsored pogrom of Kristallnacht.

Going further back, the founder of the modern Church, Augustine, established the notion of “eternal witness” for Jews which would condemn them to pariah status as a homeless and unloved people. This status then became intrinsic to much of German and European culture as portrayed in Wagner, Degas, Grimm and many other icons in Europe. Indeed, some aspects of the European Enlightenment passed over European Jewry. The Hep-Hep Riots, mass conversions of Jews to Christianity, the Edgardo Mortara Affair, the Dreyfus Affair, and the Ludendorff “Zaehlung” are some examples of post- Enlightenment but pre-Holocaust anti-Semitism.

The flip side of the Holocaust tragedy was therefore also the failure of Christianity. There is no doubt that the Holocaust was the culmination of theologically-based hatred of the Jews. The “fracture of civilization” therefore did not occur out of the blue. Sadly, its legacy continues, including in Germany.

With Augustine’s “eternal witness”, a Jewish homeland should not exist. The last Kaiser and various popes such as Paul Vl in 1964, were clear about this. While there has been some progress, the fact is that today the EU countries display at best a lukewarm attitude towards Israel and mostly do not vote with Israel in the UN, even when the anti-Israel resolutions are absurd. With Holocaust survivors dying out, is Germany aligning its policies to Brussels? The reason I ask is that Germany has an interest in being Eurocentric and Brussels is obsessed with double standards and hypocrisy when it concerns the Jewish State. Your sentiments and EU policies often seem to be contradictory.

You talk of “Israel’s security being very important,” but ignore UNSC Resolution 242 which clearly states that Israel has a right to “secure borders.” Israel is only 17 kms wide at its waist where the majority of its population lives. Yet you are committed to a policy whereby Israel should return to the pre-1967 cease-fire lines which are suicidal and which Abba Eban termed the “Auschwitz Lines.” The barbaric carnage in neighbouring Syria gives you an idea of what these “Auschwitz Lines“ would resemble! Imagine these murderous Jew-hating hordes crossing over the Golan Heights into Israel or Hamas terrorists occupying Judea-Samaria (West Bank). How would Germany and the EU respond?

Unfortunately, influential German church organizations like Brot fuer die Welt, Misereor and Pax Christi are heavily involved in supporting radical anti-Israel NGOs that undermine Israel’s very existence that you support. These have been documented by NGO Monitor in detail. While your words are to be welcomed, they do not reflect reality.

You also reiterate that all German chancellors have been and are very concerned about Israel’s security. Nevertheless, your predecessor Willy Brandt refused landing rights to American planes bringing urgent supplies during the 1973 Yom Kippur War, when Israel was facing defeat in the first ten days. Thus, while your sentiments may be genuine, reflected in selling submarines to Israel, it has not always been the case. In addition, some lawmakers in the Bundestag openly support the Hamas terror entity in Gaza.

You often say that Israel has a “right to exist”. Those very ideas are what Augustine had in mind with the “eternal witness” concept! But nowhere else do you hear that phrase being uttered. It only occurs with Israel. Certainly, I have never heard you speak of Poland, Greece or France’s “right to exist!”

You say you understand that Israel is rightly concerned with Iran threatening to “wipe it out”, yet your Vice-Chancellor Sigmar Gabriel recently rushed to Iran to win lucrative contracts and announced that German banks would open branches in Iran. Your foreign minister Steinmeier called Israel “vulgar” for protesting the deals with Iran. Perhaps the indecent haste to do deals with the Holocaust denying-Holocaust promoting Iran is itself a projection of vulgarity!

Oil rich Iran “needs” to build nuclear facilities which, while for “civilian” purposes only, are mostly secret, together with intercontinental ballistic missile research being undertaken. No doubt, you know these “peaceful” projects are duplicitous and deceitful, yet you enthuse about the deal.

In Germany, your government reacted hastily to the Fukushima disaster in Japan and decided to dismantle all German nuclear power plants. If peaceful nuclear power is “risky” for Germany why is a militaristic Iran and its aggressive deceptive nuclear program then OK for the Jewish State?

Like Europe, Germany believes the best way to stop growing anti-Semitism is “more security”. While necessary, it nevertheless exacerbates the problem because unwittingly it marginalises Jews — just as Augustine proposed! Only Jewish sites have highly visible armed police stationed outside its entrances. Is this the kind of Germany we want? To confront anti-Semitism, the churches need to repudiate once and for all, Luther’s Jewish hatred and Augustine’s “eternal witness” which have transformed into anti-Israelism. “Not condoning” anti-Semitism is not enough. It’s not convincing.

Further steps to check ignorance and hatred could be the introduction of basic Jewish studies into schools where children learn about the Jewish contribution to civilization over the millennia, going beyond the Holocaust, which in itself has sometimes been subject to historical revisionism. Children learn about the ancient Greeks and Romans. Why not about the Jews? Perhaps kids calling each other “Jew” as a curse word which often happens, would then slowly dissipate.

Christendom has been around for 2000 years. It should now have the confidence to repudiate these ancient hatreds that are not only irrational, but have no place in a post-Holocaust Germany and Europe. Certainly Christianity would be enriched for it.

Dr Merkel, please use your unique position as both Bundeskanzlerin and the daughter of a pastor to change course for a better and more progressive Germany. In 2017, Germany will celebrate the 500th anniversary of Luther’s Reformation. The timing for repudiating basic causes of anti-Semitism is thus ideal and long overdue. Resolution, rather than ongoing management of this hatred is what is needed.

In Genesis 12-3 it says: “I will bless them that bless you (the Jews)…”
Dr Merkel, I wish you successful and fruitful discussions with Prime Minister Netanyahu representing the indigenous people resettled in their modern state of Israel.

And may you be blessed!

About the Author
Ron Jontof-Hutter was born in South Africa from German parents. He has a background in the performing arts, clinical psychology and professional writing. His satirical novel called 'The Trombone Man: Tales of a Misogynist' on political correctness, misogyny and anti-Semitism is to be released soon.
Comments