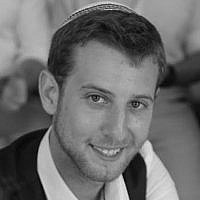 Yesterday, my friend and I were speaking about his job. He’s a born Israeli who works in customer service for an internet company that services both Americans and Israelis. Thanks to his amazing English language skills, he works with both languages. He was telling me how funny it is to work with Americans. In Israel, when a customer service rep tells you to send an email, he is really telling you to screw off. He is saying that he has no intention of helping you, and that he will never read your email. He was laughing at how the Americans are so patient and polite, just so naïve and easy to manipulate. When he tells the Americans to send him an email, they say thank you and hang up while the Israelis start screaming at him. Israelis understand they are being given the run-around.

I first learned about this glaring flaw in Israeli society when I joined the army here. When I asked a commander for something, I needed to ask 100 times before getting a real answer. When a commander said, “I’ll take care of it,” he really meant, “I don’t care about your need; now leave me alone.” I was forced to be that annoying guy who asked somebody for something 100 times, because in Israel you have no choice. This affects us in all aspects of life. The crippling bureaucracy we all dread and complain about is a product of workers who don’t care about doing their jobs. This accounts for the terrible experiences many of us face in the supermarkets, the terrible service in restaurants, and numerous others. I’ll stop here, but I can go on for days.

Dear Israelis, if you want to make your country a better place, it all starts with you. America is nice because they worked together to build a great society. Instead of running to America, you need to learn to be more like them. If we make taking pride in our work into a societal value (as it is in America), we will see a great improvement in our day-to-day lives. We can make it so that we don’t have to dread every menial task we need to perform. The benefits of taking pride in our work will create a ripple effect which will influence our attitudes in everything we do, and allow us to make our country into a more livable place. I always hear Israelis tell me how nice it was to be in America or in Europe because of the service, politeness, and patience. If you guys want that, it all starts with you. So, dear Israelis, the next time you want to laugh at an American for being naïve or being a “friar,” stop and think about why you think that country is better and why it’s so much easier to make money there. Maybe you can learn something from them.