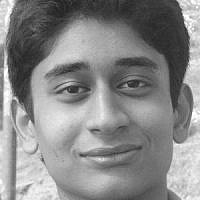 The Blogs
Ammar Anwer
Apply for a Blog
Advertisement
Please note that the posts on The Blogs are contributed by third parties. The opinions, facts and any media content in them are presented solely by the authors, and neither The Times of Israel nor its partners assume any responsibility for them. Please contact us in case of abuse. In case of abuse,
Report this post.

ISIS is a serious threat for the entire humanity. The harm that it has caused, and continues unabashedly, is indescribable, unspeakable and extremely horrendous. The most saddening aspect of this aching cruelty is that it has damaged the reputation of the entire Muslim community around the world, the most. Although, it’s extremist tactics have affected the entire human community across the globe, but those Muslims have suffered the most who are peaceful and carry the pain of the entire humanity in their hearts; those who do not hate other fellow humans because of their race, caste and religious beliefs and those who want nothing but the betterment of the whole world.

In the same way, the image of the European Muslims is also greatly hurt whenever ISIS strikes in a horrific way as we witnessed in Paris and Brussels. Due to ISIS, most of the Europeans are getting scared of the Muslim community as a whole and I do not blame them.

I know most of the Muslims living in Europe and in different parts of the world also experience the same grievance whenever any terrorist activity takes place. However, there is no doubt that the Muslims themselves are responsible for the hatred which is now shaping up in the West against them. We the Muslims, as a community have failed to renounce this Islamist ideology on a greater note. The most saddening thing for me is that Muslims constantly live in denial by saying ISIS has nothing to do with Islam. ISIS has everything to do with political Islam. This denial, I believe, is the root cause of all the problems Muslims are facing today.

Why I believe ISIS has a strong connection with Islam is based on the following reasons.

Islam is a religion and Muslims are the people who follow Islam. Islamism is the ideology that promotes the idea of imposing a particular interpretation of Islam over a community. The word “Islamist” was coined by a few members of the Muslim Brotherhood who were put in jails under the regime of Gamal Abdul Nasser. They started saying that only they are Muslims and Gamal Abdul Nasser is a disbeliever. However, this was a tiny section of Muslim Brotherhood, the mainstream Muslim Brotherhood opposed their idea and said no we are the Islamiyun (Islamists) and people like Nasser are Muslimoon (Muslims). A Muslim is someone who believes in Islam and the main principles of Islam. Similarly an Islamist also believes in Islam and its main principles but he also believes that the religion of Islam must be implemented all over the world and that Islam has given us the responsibility to impose it over the different communities whenever we have the chance to do so. Explaining this political Interpretation of Islam Hasan Al Banah (Founder of the Islamist Organization, Muslim Brotherhood) said

“It is the nature of Islam to dominate, not to be dominated, to impose its laws on all nations and extend its power to the entire planet”.

Unlike normal Muslims, an Islamist is different because he believes he has some political and social responsibilities assigned to him by Islam. Not all Muslims are Islamists but every Islamist believes in Islam (and hence is a Muslim).

The history of Islamism or political Islam can be traced back to Imam Ibn Taymiyyah. Ibn Taymiyyah is considered to be the first person who interpreted Islam in a political manner. In this elucidation, Islam has been presented to us as a deen and not just a mazhab, which means that Islam is not merely a set of rituals but a complete code of life that cannot be separated from the affairs of the state. It says that Islam has assigned some political and social responsibilities to us and it is our prime responsibility to impose Islam in every corner of the world whenever we have the opportunity to do so. This interpretation demands control over the entire world. In the last couple of centuries, this school of thought has come to prominence dominating the intellectual thought process and hence cannot be ignored. Jihad is central to this interpretation and the very purpose of jihad according to this school of thought is to spread the dominance of Islam over the world.

This elucidation of Islam was further expounded thoroughly by Syed Abul Ala Maududi, Syed Qutb and Hassan Al Bannah.

Muslims are in denial when it comes to realising facts regarding radical Islam. They become paranoid if someone tries to highlight the points like I have above. Anyone who tries to say that radicalism has a strong basis in Islam is immediately labeled as an Islamophobe. Instead of realising the facts and the weaknesses that lie within our doctrine, or in our interpretation, Muslims have started playing the blame game. We have been making lame excuses in order to prove that Islam has nothing to do with extremism.

One excuse that the left and the Muslims often come up with is that it is the western intervention in middle east which is responsible for the rise in radicalism. This might be true, but this can’t be the main reason. Otherwise why so many secular bloggers are getting murdered in broad day light in Bangladesh. Why so many Shia and Ahmedi Muslims are getting killed on daily basis in Pakistan?

When did West intervene in Bangladesh or Pakistan?

Another excuse is that poverty or the social inequality is responsible for extremism. More than fifty percent people live below the poverty line in Pakistan but the question is how can it be a cause of extremism? If I am living in poverty, if my rights are being trampled, and despite being educated I am unemployed, I should fight and target those who are in charge of these matters, but extremists are not targeting the ones responsible, but poor and innocent people. How can poverty make someone throw gay men off a tall building (like Isis does) or deny women their individual rights and freedom? Osama bin Laden was not from a poor family. Saad Aziz who murdered Sabeen Mehmud and was also involved in the Safoora carnage did not come from a poor family. Born in Karachi, he got educated till O level from Beaconhouse Gulshan-e-Iqbal branch, passed A level with excellent grades from The Lyceum Clifton in 2007, and got admission in one of the most renowned and reputable business institutes of Pakistan, IBA. He completed his BBA in 2011 and started working in his own restaurant Cactussituated at Sindhi Muslim Cooperative Society, Karachi. He also did an internship for a month at a multinational organization in 2009 as part of his degree. Does he look like a poor or uneducated person? Of course not. Saad Aziz later on confessed that he attended the lectures of Tanzeem-e-Islami (an organization founded by Dr. Israr Ahmed) and those lectures were responsible for radicalizing his mind.

Another terrorist involved in the Safoora carnage was Mohammad Azfar Ishrat alias Maajid, an engineering graduate from Sir Syed University of Engineering and Technology and also an expert of electronic time bombs (again not a poor or uneducated person).

Yet another similar story is that of Ahmed Omar Saeed Sheikh, who is famous for his role in the kidnapping and the murder of Wallstreet Journal reporter Daniel Pearl. The background of Omar Sheikh tells us that he too was from a well-off family. In his youth he attended Forest School, Walthamstow, an independent school in North-East London. Between the ages of 14 and 16 he attended Aitchison College, a high profile boys’ boarding school in Pakistan, where his family had temporarily relocated. He returned to England and continued studying at Forest School. Later on he attended The London School Of Economics to study statistics. Does he look like a poor, helpless or uneducated person to us?

The Left in West must also realize that this denial has in fact damaged the Muslim community. Muslims themselves have suffered the most due to these Islamists. The attacks like the one in Paris Or Brussels might take place once in a year, which of course must be condemned, but this is the day to day routine of those Muslims who live in such states where Islamists have a free hand.

To say that these Organizations have nothing to do with Islam reflects our ignorance about how the political Islam got materialized in the 20th century by the likes of Hasan Al Banah, Sayyid Qutb and Syed Abul Ala Maududi. These are not small names. These were the most influential scholars of the past century.

Moreover this denial also would discourage those Muslim scholars who are trying to bring up a counter narrative against Islamism (Javed Ahmed Ghamidi,Waheed ud din Khan etc).

“Between the denialism of ‘nothing to do with Islam’ and the sensationalism of ‘stop Islam’, there are Muslims who are trying to reform Islam today”.

About the Author
Ammar Anwer is an ex-Islamist who writes for the Huffington Post, The Nation and The Quilliam Foundation. He believes in libertarianism and Democracy. He aspires to see Pakistan becoming a Pluralistic State.
Related Topics
Related Posts
Comments