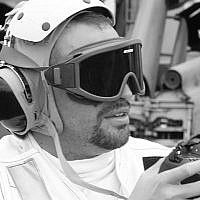 Over the past 6 months we have been witnessing an extreme increase in terror attacks around the country, rock throwing, stabbings, kidnappings and shootings all disturbing the relative quiet of the past 10 or so years. As I mentioned in previous posts, this is more disturbing for those who have made Aliya in the past decade.

Those of you who listen to the mainstream media are probably getting used to what mainstream media  would like us to believe, that the increase in terror is predominant in Jerusalem due to “Right wing fanatics” attempting to change the status quo on the Temple Mount. They would like as to believe that “Palestinian” actions are as of a result of the “unimaginable” insult they feel when a Jew ascends to the Temple Mount and “defiles” the site by the mere fact of him being Jewish (all the while refusing to address such racist beliefs on the part of the other side).

The general media does its best to prove the “Lone Wolf” theory, a person (Arab) wakes up one morning, sees Jews trying to build the 3rd Temple on the ruins of Al Aksa he is overcome with emotion and walks out the door and starts running over, shooting and stabbing Jews.

How can we blame him? He was provoked, everyone (according to the media) knows that if you provoke Arabs they will kill you.

This over simplified narrative produced by the media is exactly that, a narrative, it is not the truth, the truth as it often it is, is very inconvenient for the media whether local or foreign.

The truth is that once upon a time, terror was funded through various organizations, those organizations would raise money, and then an activist or 2 or 3 would be given a nice sum of money (in the hundreds of thousands of dollars) to buy the components for their heinous plot. Very often the amount of money that was allocated was much more than needed to pull off the attack, the remainder went to the perpetrators families who were usually left without a provider.

The PLO (currently referred to as the “Palestinian Authority) established a system (as did Hamas) that allows any family of a prisoner convicted of terror acts or a “martyr” to receive financial support based on the type of heinous acts they committed, in short – the more Jews you kill, the more money you get.

Some of you may be shocked to learn (or maybe you aren’t) that the main financial support of the PA does not come from collecting taxes, rather it comes mostly from the European Union, shortly behind them is the United States Congress, and not too far behind both of them is – you guessed it, the State of Israel itself.

The PA receives an annual amount which is estimated between 250 and 450 million dollars in foreign aid plus at least 150 million USD in taxes collected for them by the Israeli government.

As I mentioned before – once upon a time, the potential terrorist used part of his funds for the plot as a cushion for his family to make sure they were left with something should he be killed. Over the past 20 years the PA has created a “state” sponsored benefit system which pays terrorists families benefits based on their crimes, this money comes directly out of the PA budget from money contributed by the EU and others in a so called effort to promote peace.

This is where the “Lone Wolf” theory is debunked, Muslim Arab potential terrorists know that if they commit an act of terror they will be compensated for it through official channels, the PA by supporting them financially after the fact proves that regardless of whether they hold Israeli citizenship or the Palestinian Authorities’, they will be compensated in full for their actions, this serves as an incentive to promote terror without the PA actually having to pay the terrorist to go commit a crime, yet it is understood by these actions that the PA is interested in terrorist attacks occurring. By the compensating of incarcerated terrorists in Israeli jails or paying high amounts to the families of deceased terrorists which have butchered people in synagogues (Har Nof last week) or murdered babies in their sleep (the Fogel Massacre, Tali Hatuel and her 5 kids……) they compensate the perpetrators after the fact, yet this is bona fide terrorist funding all the same. These terrorists are well aware of the benefits and honor their neighbors and relatives receive after the fact and so starts an ugly cycle that oils the wheels of terror without actually having to explicitly announce your intentions (since that would be too much to get past the press – then again maybe not).

Additionally, the PA puts its convicted terrorists on a pedestal and considers the murderers of even innocent toddlers to be considered “courageous” acts. The Palestinian TV is full of Anti-Semitic propaganda which brainwashes the youth and has existed for 20 years so that a whole generation of young Muslim Arabs no matter which part of Israel they live, are continuously exposed to an extreme form of radicalization.

When putting all of this together, you don’t have to be a genius to understand that these terrorists aren’t of the “Lone Wolf” type, they are sponsored by an entity, that entity claims to want peace (in some cases) yet its actions are far from peaceful.

So when you are filing your tax returns and paying either in the US, Europe or even Israel, your money is going to fund a terrorist entity, like it or not.

And when you are watching the news and the word “בודד” (lone) comes up, remember, behind that terrorist is a well-oiled machine ready to provide him with a nice salary for the rest of his life so that he is not “(a)lone” anymore.

About the Author
I work in journalism as a freelance photojournalist, I write and produce special features for INN (Arutz 7) related to Policy and Military issues I also contribute to magazines such as Air Forces Monthly as well as Israel Hayom daily newspaper among other publications.
Comments