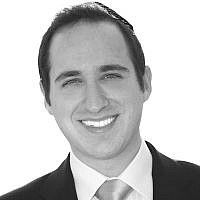 The Blogs
Jonah Rubin
MD, Pulmonary & Critical Care, views my own.
Apply for a Blog
Advertisement
Please note that the posts on The Blogs are contributed by third parties. The opinions, facts and any media content in them are presented solely by the authors, and neither The Times of Israel nor its partners assume any responsibility for them. Please contact us in case of abuse. In case of abuse,
Report this post. 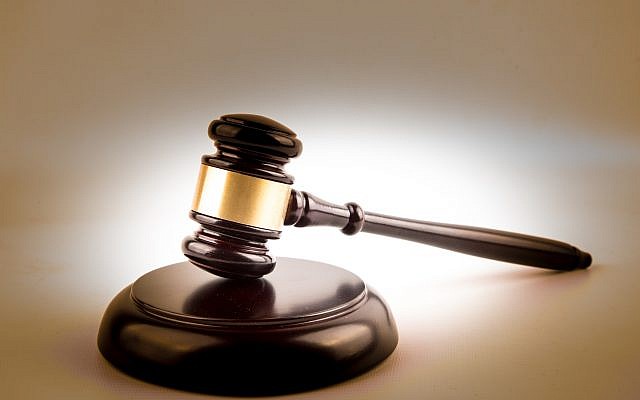 The recent Times of Israel Blog post “Declared undead: A strange ruling in NY court” continues an important nationwide discussion, but misrepresents the medical and legal landscape in several important ways that directly impact the argument against rescinding Mr. Nakar’s death certificate and for accepting brain death in general. Mr. Nakar was a patient declared brain-dead in New York after neurological testing was performed against the family’s wishes, and per the court, violated the law requiring “reasonable accommodation” for those who oppose brain death. This post claims that “the court’s bizarre ruling hurts healthcare, contradicts US law and flies in the face of modern medicine, which understands that brain death is the death of the human being.” This, and most of the article, is arguably untrue.

The medical community certainly does not share a consensus on whether brain death truly constitutes biological, organismal death. Many agree that brain death is the death of the “human being” based on a subjective and understandable philosophical conception of what constitutes “human” and “being.” But biologically, brain-dead patients continue to grow, heal wounds, undergo sexual maturation, and can even birth children. Because of this, even many staunch advocates of accepting brain death as legal death admit that it is not truly biological death, but argue instead that the law should accept a social, nonscientific, definition of death, in order to enable more organ donation.

Given this ongoing and unresolved controversy, many Americans, Jews and non-Jews, religious and non-religious people alike, are uncomfortable accepting brain death as death — a matter of true life and death, legal, moral, and religious consequence. As such, terminology is important. This article claims that the provocative term “beating heart cadaver” is used routinely in the medical literature. This is false. A PubMed search (the Google of medical literature) reveals a grand total of six results – most recently from 1985 – for “beating heart cadaver.” The term “brain death” yields over 10,000 articles. And this is the crux of the issue — because despite the author’s implication, no one thinks that cadavers should receive medical care. The argument is specifically about the biological status of the brain-dead patient, who many believe are alive, and therefore not a “cadaver.”

The “reasonable accommodation” law is a legal recognition of the uncertainty in defining biological death. One could not legally refuse to accept any other proven and universally accepted medical diagnosis, regardless of religion or moral code, specifically because there is no ambiguity. But here there is. It is also certainly true that there is, as there should be, a separation of church and state. But the purpose of the state is still to protect the freedoms, including religious liberties and moral rights, of the people. In an area with no scientific consensus, it is entirely appropriate, and currently the law in New York, to reasonably accommodate a person’s right to refuse to accept brain death.

Nationally, there is even more confusion. The post cites the unfortunate case of Jahi McMath, who was declared brain-dead in California, but kept alive in New Jersey for many years afterwards. Notably, she was issued two death certificates from two different states. This is national law, not the Orthodox Jewish community, revealing its uncertainty as to the definition of death. (Notably, even after Jahi McMath was declared brain-dead, she reacted positively to commands to move her hand on numerous video-recorded occasions. There is still disagreement about whether she was truly brain-dead, in a minimally conscious state, or in what may be called global ischemic penumbra.)

Recognizing this complexity, New York law includes a “reasonable accommodation” clause. Perhaps a reflection of all the uncertainty, the law itself is ambiguous, and leaves its interpretation to the hospitals themselves: “Hospitals must establish written procedures for the reasonable accommodation of the individual’s religious or moral objections to use of the brain death standard to determine death when such an objection has been expressed by the patient prior to the loss of decision-making capacity, or by the Surrogate Decision-maker.” If such a hospital protocol stipulates that neurological testing for brain death may not be performed over a family’s objection, as the judge erroneously stated about NewYork-Presbyterian/Columbia, then doing so and declaring death would violate this law. It would then be entirely reasonable to rule that the death certificate was issued in error and should be rescinded no differently than had it been mistakenly issued to a walking and talking healthy person, who must then also certainly be “declared undead.” Hence, the New York court’s ruling to rescind Mr. Nakar’s death certificate does not “contradict US law” as the author puts it, nor “fly in the face of modern medicine.” Incidentally, the protocol at Columbia does not require consent to perform this test, and therefore this judgement likely was indeed made in error. But this is for none of the reasons mentioned in the cited blog post.

It is worth commenting on several other claims and arguments made in this post:

About the Author
Jonah Rubin is a Pulmonary & Critical Care fellow at Harvard University/Massachusetts General Hospital specializing in ECMO and mechanical circulatory support, and a Bioethics fellow in the Harvard Medical Center for Bioethics. He has a strong interest in the intersection of medical ethics, end of life care, and secular and Jewish law. Views are his own.
Related Topics
Related Posts
Comments