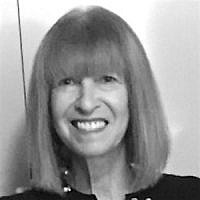 As I was translating and researching my mother’s journals, I was transported back in time to my childhood in Communist Poland. The memories of Polish Jewish citizens living in the shadows of the Holocaust aftermath, rebuilding a new life under a new kind of rule, the oppressive Communist regime, came rushing in.

My parents and I lived in Poland during those dreadful times. We lived each day in fear, not knowing what the next day will bring; those recollections are embedded deep in my memory and on my soul. They are part of my DNA.

Jacques Derrida, one of the most well known twentieth century, French philosophers, developed a strategy called “deconstruction” in the mid-1960s. Jacques Derrida and his model of deconstruction examines ethical themes in which he describes faith in terms of a faithful relationship to the other. When reflecting upon tales of Jewish tradition, Derrida highlights the absolute individuality of responsibility to the other. His model asserts that a person who lacks any kind of concrete faith loses any claim to historical reality. That deconstructive “faith” is no longer faith and when it ascends, it is something different altogether. He argues that faith without critique amounts to unverified belief, which does not make the distinction between the true and the false. Without critique, the foundations for human practice become convoluted.

After the war, after such thing as the Holocaust, my mother was among the living, however she no longer believed in God. She was not alone holding such views. Many believed as she did. Survivors repeated this often, if God had existed, six million of their brothers and sisters would not have been murdered.

Regardless of how my mother felt every Friday night, she lit a Sabbath candle, and covered her face with the palms of her hands and recited a short and emotional prayer. Although the war left her and many like her no longer believing, in the traditional sense, they stood steadfast and on the Sabbath and all the other Jewish holidays they carried out their family traditions they had learned in childhood. My mother’s traditions stayed with her, she held on to them. They were the same traditions and they never became something different.

Racism and anti-Semitism under Communism did not disappear as it was supposed to. A desperate, dehumanizing survival during the war years became a continuation of this desperation under a new kind of oppression, communism. Within this tragedy, real people were trying to live daily life. In 1968-1969, two years after our departure, most of the remaining Jews were forced out of Poland during an anti-Zionist campaign sponsored by the government and its Communist leader Wladyslaw Gomulka. With a political crisis and a bad economy threatening the Communist system, history was repeating itself and the Jews became the scapegoat.

Before our synagogue, in the city of Ziebice, was turned into a warehouse, at the end of 1950s, my father took me there on Saturday mornings. I was very young, and sat in the back. I remember being impressed that he knew what to do, since I never saw any piousness at home. Communism in theory is incompatible with religion. Communism is a religion. The surviving Jewish community in Poland not only were persecuted by the government that controlled the freedom to speak, to think, and to express ones ideas, but they were also encircled by the Polish Catholic church with their unchanged-for-centuries attitudes toward Judaism. Anti-Semitism in Poland, sanctioned by the church, never went away. Blood libels have their origins in England, as far back as 1144, France 1171, as Jews moved east, by the middle of the 16th century, three-fourths of all Europe’s Jews lived here, in the 17th century, blood libel increasingly spread to Eastern Europe, to Poland and Lithuania.  Blood libels never disappeared from Eastern Europe as they did in the West, propagated by the church.

Starting in 1978, John Paul II, the Polish pope went on a mission to significantly improve the Catholic church’s relations with Judaism. He was the first pope to visit the Auschwitz concentration camp in Poland, where Polish Jews had perished during the Nazi occupation in World War II. He issued “We Remember: A Reflection on the Shoah,” his thoughts on the Holocaust. He became the first pope known to visit the Great Synagogue of Rome and he established formal diplomatic relations with the State of Israel. He hosted a Concert to Commemorate the Holocaust, first-ever Vatican event dedicated to the memory of the six-million Jews murdered in World War II. John Paul II visited Yad Vashem, the national Holocaust memorial in Israel, and he made history by touching the holiest of sites in Judaism, the Western Wall in Jerusalem where he placed a letter with a prayer asking for forgiveness for the actions against Jews.

My father and mother refused to join the Communist Party. This decision had a great impact on our lives. My father returned ill from the six years of the war and could not work and my mother could not get a job. My parents were forced to operate a small business to support us, selling used merchandise. In order to make ends meet they sold new items as well, on the black market, which of course was illegal. After the war, all businesses were nationalized. The few remaining private enterprises were small and carefully monitored by the government. Owners lived in fear of arrest for breaking the strict laws. However, in order to survive, my parents had no choice but to break the laws. The war was over, but we still lived in fear. Our home was inspected often. The police came regularly, searching apartments for illegal merchandise. It is easy to recall the fear in my mother’s eyes when those raids occurred. I was home once, sick with strep throat, when a surprise house check took place. A friend came running to warn my parents. My mother took new clothing and shoes for sale and hid them under my covers. I still remember the fear I felt that day. I watched two undercover police officers go through our personal possessions from the large bed I shared with my sister, covered up by a thick comforter, blankets, pillows, and with all the ‘illegal’ merchandise. That day we were lucky. The police did not check my bed.

When I compare my mother’s life from during the war, I see how similar her life was to our life after the war. Friendships were temporary, nothing was permanent. We lived in fear, with uncertainty each day, with the anxiety that something terrible was going to happen at any moment. With good friends disappearing, moving away daily.  Today, we know that post-traumatic stress disorder and the symptoms associated with it are real. Not only survivors, but also the next generation experience them. Today, psychological support is available, but in the late 1960s, ’70s, and even later, no studies or support systems concerned themselves with Holocaust survivors and their families. Survivors and the next generation were left to deal with emotional difficulties on their own terms. After the war, survivors were simply told to forget about what had happened to them during the war and about the life they had before the war. They were told to start a new life as if their prior life had never existed. For those survivors whose entire families perished in the Holocaust, the psychological distresses had no outlet. They hid behind a wall of silence; the trauma of what happened weighing heavily down on their psyches. The emotional impact of the war on survivors and their children went on without being understood for decades.

When the train started to pull away from the platform from Ziebice, my mother became hysterical. I heard a cry that was not human. To this day, I have not heard a sound like it, but I understand now. My mother saw herself a deserter, leaving from her country for good; she knew she would never be returning to Poland. After having lost so much, she was once again going to lose everything — including her identity. In her years in America, my mother’s homeland never stopped being part of her very essence. Her upbringing and heritage, her husband’s grave, and the ghosts of her murdered family — these things were always at the forefront of her mind, a piece of her forever left to linger in Poland. When my sister and I tried to console her on that train leaving Poland, she did not hear us, and it was only later in my life that I understood how my mother felt back then.

To reunite with her only sister my mother traveled an ocean away from her homeland. Her traditions traveled with her, she held on to them. They were the same traditions she learned as a child in Warsaw, they never became something different. 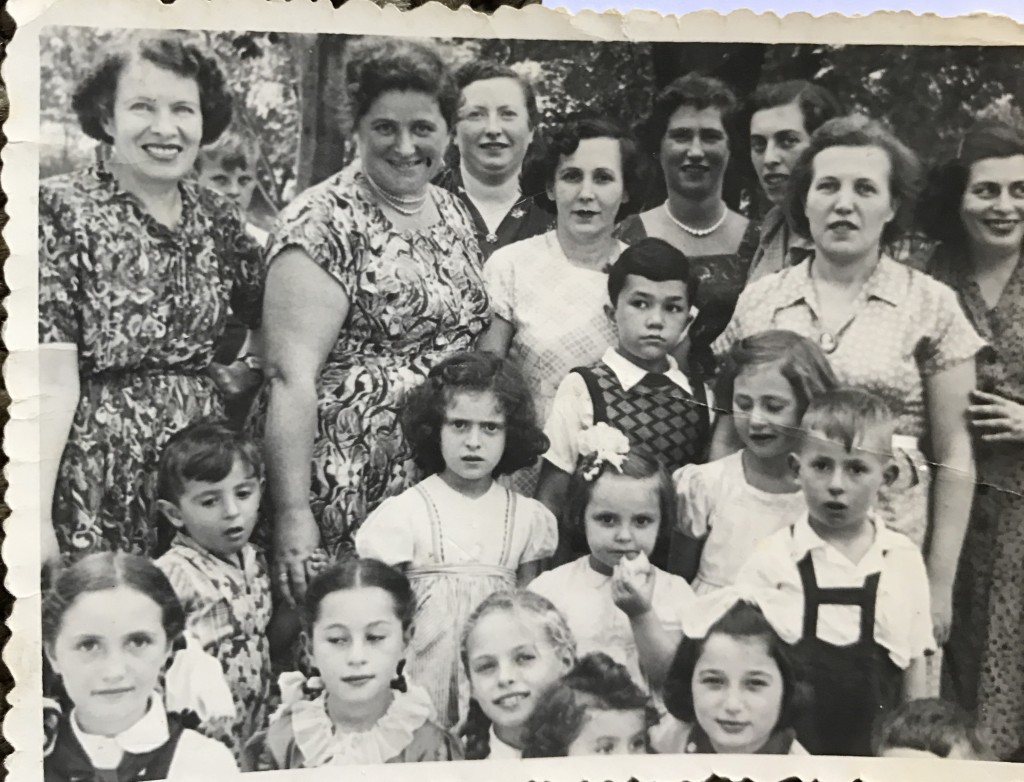 Polish Jewish Community after the war.