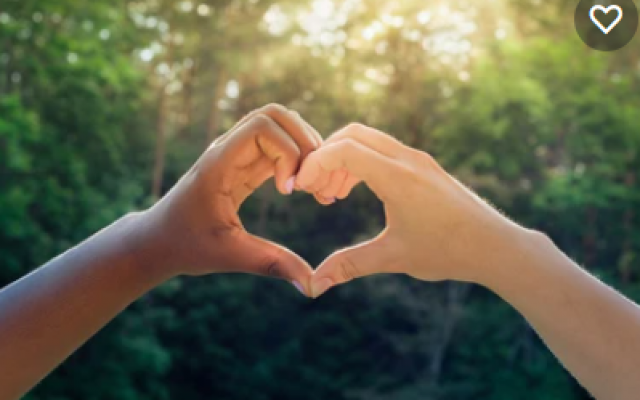 She spent 20 years cleaning our house. She came in every morning after two hours on the bus, and left in the late afternoon for another two-hour ride in order to clean her own house and be a mother to her children. She was, for all intents and purposes, what we call in South Africa “a domestic worker” – and more honestly: a maid.

She has been in an abusive marriage; she has lived in a shack for some time (a hut made out of tin metal); she has lost almost all her siblings and family. Horror story after horror story came out in casual conversation about what happened and continues to happen where she lives.

But if she didn’t tell you, you wouldn’t have guessed. Tolerant, patient, loving and caring, she is a fiery spirit. She doesn’t stand nonsense. I mean, she used to tell me that monsters would steal my toys if I didn’t pack them away (she also told me that she threw bricks at a man who had avoided paying her for some clothes for months – she got paid). She’d yell at my brother when he started fighting with me. She is protective.

She is my second mother. She raised me along with my parents and as is often the case with white South African parents, she actually spent more time with me than my parents themselves. She taught me how to cook, and she also taught me that it doesn’t matter what you do for a living, it matters who you are.

In case you hadn’t figured by now, she’s black. In fact, apparently her family comments on how black her complexion is! And I need to say this for my South African peers: she’s an equal human with a family and dreams and hopes. My heart broke when we went to the Cape Point Lighthouse and she remarked softly, “if I had been more educated, I would like to have done something with the sea.” Yet her lack of education didn’t stop her from sacrificing everything for her children’s futures. With almost unbelievable aid from my parents, her son has become a top civil engineer and her daughter is about to become a board member at one of South Africa’s prestigious store brands. Her grandchildren go to school, they read books, they play games and they don’t have to worry about money.

When she retired in 2013, one would expect that the standard course of white South Africans to ensue; we would forget her besides for the occasional recollection. After all, she had worked for us for 20 years, raised me and my brother, cleaned and cooked – what was there to remember? Any new maid just wouldn’t be quite the same, but oh well.

It’s 2021 and I have called her at least once every two weeks all these years. And this year… I brought her to Cape Town. We covered all the costs. She stayed with me. We went shopping, we went to every tourist spot, we lazed around my flat (by which I mean, I lazed and she – despite my protestations and rebukes – went ahead and obsessively cleaned). She had the first holiday of her life. And she’ll be 60 this year.

I won’t lie, I am choking up. We have defied history together. Almost every tourist place we went – in fact when she arrived at the bus station! – the black employees commented: “oh wow, who’s this? Look at you two!” and when they learned “she’s my ex-boss’ daughter and she’s brought me all the way to Cape Town” – their amazement was evident. Her daughter has been showing people our photos and her co-workers can’t believe it. Why would a white young woman do this?

And why would I do this? Because she might as well be my real mother. She is the reason I am the person I am today. She deserves everything in the world for the struggles she has been through. Nothing I can ever do will be adequate repayment for what she has done for me.

At our first tourist visit – the Iziko Slave Lodge – I felt an overpowering awe. She would have been a slave, disregarded, beaten, assaulted and raped: she would have been without her rightful humanity. But NO. She was standing there. Equal as I am, powerful and strong. She has rights, she is human and I will fight to the death for her.