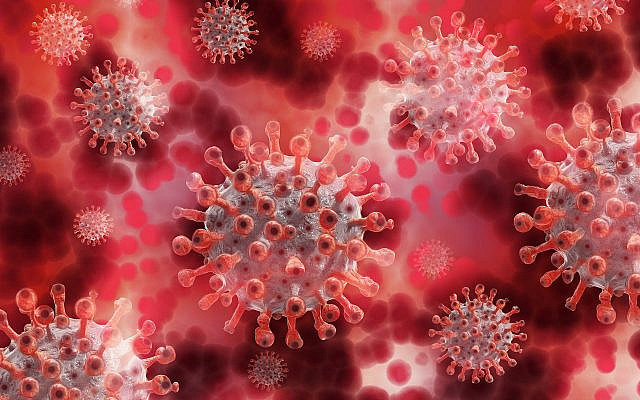 'Just as viruses are able to change their biological properties and mutate, so too... has antisemitism mutated into different variations over the last two millennia.' (Pixabay)

Parallel to the different variants of the coronavirus that have spread havoc, illness and death all over the world, we have also witnessed the mutation and dissemination of another destructive global virus, spreading hatred and demonization in new and unimaginable ways — antisemitism in its mutated form of anti-Zionism and delegitimization of Israel.

In the wake of Operation Guardian of the Walls, the systematic delegitimization of Israel reared its ugly head again. Remarkably, global social influencers, media personalities and celebrities with tens of millions of followers came out in public defense of an internationally recognized terror organization. Hamas’ charter unequivocally denies Jewish sovereign rights in any part of Israel and is totally committed to its destruction by any available means. The cynical reign of terror over its own citizens and the unprovoked terrorizing of Israeli civilians, Jew and non-Jew alike, with indiscriminate firing of rockets, was not only overlooked but justified. The never-ending demonization has continually eroded Israel’s very legitimacy, penetrating the moral immune system of the uninformed masses. Violent attacks on Jews and vandalism of Jewish community centers around the world soon followed.

Antisemitism as a virus

One of the first people to compare antisemitism to a virus – systematically and brilliantly – was Rabbi Jonathan Sacks zt”l. Already in 2002, in the wake of the outrageous attacks on Israel at the UN Durban Conference against Racism, he began to speak vocally about the dangers of a new strain of antisemitism. Although having never personally experienced any type of antisemitism, he wrote:

“So when I began, in 2002, to alert our community and the British public to the phenomenon of the return of antisemitism, it was against inclination and experience. Yet it was real, dangerous and consequential. Evidence was too blatant to be ignored. The emergence of a virulent new strain of antisemitism, after 60 years of Holocaust education, interfaith dialogue and anti-racist legislation, is a major historical event…”

“The best way of understanding antisemitism is to see it as a virus. Viruses attack the human body, but the body itself has an immensely sophisticated defense system, the human immune system. How, then, do viruses survive and flourish? By mutating. Antisemitism mutates, and in so doing defeats the immune systems set up by cultures to protect themselves against hatred.” [1]

There are many properties of biological viruses that assist us in better understanding and confronting the dynamics and dangers of antisemitism.

In this article I will highlight two: its ability to change form and mutate, and its highly contagious nature – its tendency to spread fast and furiously.[2]

Just as viruses are able to change their biological properties and mutate, so too – continues Rabbi Sacks – has antisemitism mutated into different variations over the last two millennia. From Christian Judeophobia and anti-Judaism to secular racial antisemitism culminating in the Holocaust, and most recently to a mutation of radical Islamic hatred of Israel and anti-Zionism. In short, either hatred of Judaism, the Jewish people or the Jewish State.

In the last HaMizrachi, I quoted the ingenious insight of the Vilna Gaon, who traced these very same three mutations to Biblical times, to Israel’s three archenemies: Moav, Edom and the Plishtim.

The latter, incredibly defined by the Gaon as denying the Jewish people “any sovereign presence or form of governance in the Land” is parallel to Palestinian denialism and their demonizing of Israel today. It is a single-minded opposition to Jewish sovereignty and statehood in the Land of Israel in any size, shape or form.[3]

Flu and Covid viruses spread quickly and are transmitted even through breathing. The ability for airborne transmission without any physical contact makes it particularly prone to spreading in pandemic proportions. So too the spread of ideas today. The great transformation of global information technology, particularly the internet, created an unparalleled medium of connectivity for carriers of cultural change. Unfiltered information can now spread further and faster than ever before. Prejudicial views can spread contagiously in ways unimaginable even a generation ago. Responsible checks and balances and global mechanisms and institutions are yet to be created to curb this global dissemination of hatred.

Twenty years of pandemics in the making

Since the turn of the century, I have noticed some parallels between the spread and mutations of biological viruses and that of the virus of antisemitism and Israel demonization. Indeed, the threat of a global pandemic has been lurking for almost 20 years. The Covid-19 virus is officially known as the SARS-COV2 virus and is actually a mutation of the SARS1 virus, which began to spread in 2002. SARS stands for Severe Acute Respiratory Syndrome. SARS1 spread rapidly between 2002–2004. In 2005, there was a significant spread of the Avian or Bird Flu. Between 2013–2016, the world experienced the deadly spread of the Ebola virus, and beginning in late 2019, SARS-COV2, Covid-19, the most hazardous of all.

Coupled with the reality of global air travel today, the pandemic is a menace to overcome. Israel is a prime example, having had as few as two cases a day in February and at the time of writing, up to 7,000 a day mainly due to the opening of the skies and the intrusion of the Delta variant.

Incredibly, a parallel phenomenon occurred with the antisemitism virus, as its new mutation into Israel demonization began to threaten as a potential pandemic in 2001 at the UN Conference in Durban. This conference, which was supposed to tackle racism, turned into a hate fest of prejudice and racism against Israel. Every international human rights issue was trivialized while democratic Israel was accused of the greatest crimes against humanity. Israel-stigmatization dominated the whole conference.

As Bernard-Henri Levy, one of France’s leading public intellectuals noted:

“Some 6,000 NGO representatives invited to the event slid easily from rabid anti-Zionism to good old-fashioned antisemitism… It was Act 1 of neo-antisemitism. Never had we witnessed its full expression on such a scale and with such a dark force.”[4]

The virus had not only successfully mutated but now had ‘carriers’ from countries throughout the world. The mechanism for an immoral contagion was in place.

What made the discriminatory conclusion of the Durban Conference so abhorrent was that it came only a year after the most generous peace offer the Palestinians had ever received at the Camp David Summit. The Palestinians were offered the opportunity to establish their own State, free of settlements in the West Bank and Gaza, with a capital in East Jerusalem. Incredibly, and to the dismay of President Clinton, Arafat rejected the offer.

How could absolute Palestinian denialism of Israel’s right to exist as a Jewish State be rewarded by a UN conference criticizing Israel of the most horrific human rights violations, while fully absolving the other side? The virus was clearly infecting its hosts.

The plague of Israel demonization would continue to spread. In 2005, Israel implemented the Gaza Disengagement, uprooting all 9,000 civilians who had settled in the Gush Katif area. However, instead of responding in kind, choosing peace, reconciliation and freedom, Gazans chose Hamas in their last democratic election to date, in 2007. With full control of Gaza, Hamas chose a path of death, denialism and destruction.[5]

As mentioned, instead of supporting Israel for its moral and defensive stance against a breach of its sovereignty and ongoing rocket fire, many around the world sided with Hamas. Despite uprooting its own citizens from Gaza, relinquishing land and doing its utmost not to harm Palestinian civilians, Israel was increasingly and disgracefully smeared for its actions. The virus was clearly spreading in pandemic proportions.

Needless to say, since the virus is rooted in classic Jew hatred, each operation was followed by acts of violence against Jews around the world. It can no longer be argued that Israel’s policies in the ‘territories’ is the issue, but rather Israel’s very right to exist as a Jewish State. Attacks on Israel are no longer about politics but about prejudice, and criticisms of the Jewish State are no longer policy but moral perversion.

Thankfully, viruses can be conquered. Not all can be eradicated but they can be overcome by living alongside them without surrendering to them.

May 5782 be a year of great healing and discovering better ways to protect ourselves from the viral variants, both biological and moral, and a year of inoculations of moral and spiritual truth, justice and fairness in combating the world’s oldest hatred.

Part 2 of this article will appear in the upcoming Sukkot edition of HaMizrachi.

[2] In the next edition of HaMizrachi, I will focus on another two: its parasitic nature, i.e., it cannot reproduce without finding a host organism, and how it corrupts the host.

[3] See HaMizrachi Vol. 4 No. 3, p. 3, Tisha B’Av edition (mizrachi.org/hamizrachi/archive). The Gaon’s explanation sees Moav as the root of spiritual antisemitism, Edom as wishing to physically destroy the Jewish people and the Philistinesּ as opposing any Jewish sovereignty in Eretz Yisrael (Aderet Eliyahu, Chavakuk 3:14).

This article appears in the Rosh Hashanah & Yom Kippur edition of HaMizrachi, published by World Mizrachi in Jerusalem and distributed around the world.