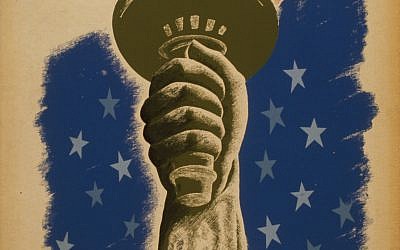 Democracy as a system of governing a nation was invented by the people (in the ancient Greece) who had a common morality foundation that had let them agree upon the common laws that created a public order that allowed everybody to live securely and self-sufficiently without interfering in the lives of the others. Democracy was not invented as a tool for the redistribution of wealth or for legislating a common morality for everybody.

Unfortunately, we have begun seeing this danger in the USA as a few latest news media stories (out of many similar) are demonstrating.

From the news media:
Tlaib, a Michigan Democrat, also made history as the first Palestinian-American woman to serve in Congress. Tlaib was using Thomas Jefferson’s centuries-old Quran during the ceremony, calling the holy book a symbol that “Islam has been part of American history for a long time.”

Yes, Islam has been a part of American history … as an adversary and even as an enemy. Thomas Jefferson was no Muslim nor did he respect the religion of Islam. He owned a Qur’an in order to study the enemy. He was the leading hawk for war against militant Islam for over 17 years!

The Tlaib’s swearing on Quran means she intends to legislate along the lines of Quran’s morality which is inconsistent with the founding Bible-guided morality of our nation.

From the news media:
Progressive House Democrat Alexandria Ocasio-Cortez called for a sharp tax hike on the highest incomes in order to fund social changes in our nation the Progressives are advocating.

That means this “progressive” congressperson intends to push for even more redistribution of wealth by the legislative means, as the Russian Bolsheviks did in their inglorious past, which is incompatible with our founding Judeo-Christian Bible-guided morality.

From the news media:
Rep. Sheila Jackson Lee has introduced a new reparations bill that, according to PJ Media, she hopes will “repair some of the damage” slavery has caused the African-American community. The real question to ask is how holding an entire generation of individuals accountable for the sinful actions of their ancestors is in any way fair or equal?

This congressperson intends in her legislative work to create a racially-separated group of people with the right to force the others to cover wellbeing expenses of this group, and that is contrary to out founding Judeo-Christian morality that treats everybody equal.

If it is so, all the ideas just described in the above which have been expressed by the newly elected legislators are hostile to the Judeo-Christian morality, and therefore should be rejected by the legislative majority, by the major news media outlets and by the religious leaders.

However, that is not the case, and that is destructive for the nation’s social fabric – that is the case when the democracy is becoming destructive.