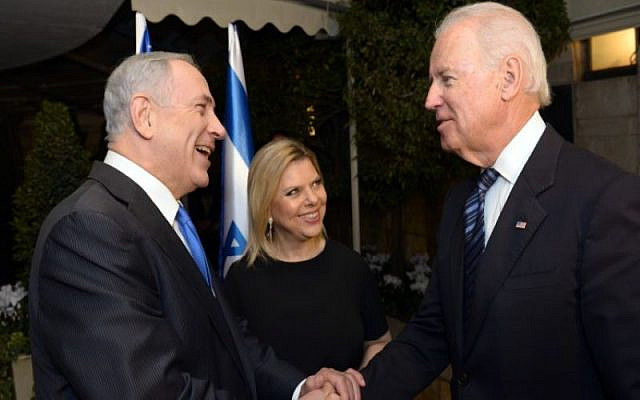 Let there be no doubt.  Another four years of a Trump presidency will be disastrous on so many fronts that it’s hard to enumerate them, but the pursuit of Middle East peace will be among the hardest hit. That said, if the Democratic Party platform and the deliberations on its wording are any indication, there is little hope that a Biden administration will take the tough stands needed to get the Israeli Government to shift gears from entrenching the occupation to negotiating on the establishment of a viable, sovereign Palestinian state. Perhaps most disheartening is the fact that the proposed amendments to the platform that would have introduced Israeli accountability for its ongoing violations of human rights and international law in the occupied territories were defeated by an overwhelming majority.

The party’s position on Jerusalem as reflected in the platform is sadly reminiscent of the Trump declaration of December 2017. In announcing the US recognition of Jerusalem as the capital of Israel, Trump added that the specific boundaries of Israeli sovereignty in the city should be determined in final status negotiations between the parties. (Of course, he stripped that statement of any meaning a few days later when he tweeted that the United States had taken the issue of Jerusalem “off the table.”) Like the Trump declaration, the Democratic platform also says that the future of the city is a matter for final status negotiations but effectively negates that position by following it with the statement that an “undivided” Jerusalem “should remain the capital of Israel.”

Although many hailed the introduction of the wording that the Palestinians have “the right” to live in freedom and security in a state of their own as an accomplishment for the progressives, there is a glaring disparity between that position and the party’s affirmation of its “ironclad” commitment to Israel’s security, including upholding the Memorandum of Understanding on military aid. It would appear that the Democrats have not yet realized that the key to Israel’s security lies in the resolution of the conflict with the Palestinians rather than in their continued oppression and that use of US funds to perpetuate that oppression runs counter to the shared values on which the US-Israel relationship rests.

Perhaps most difficult to grasp is the opposition from leading Democrats to the inclusion of the word “occupation.” Prior to and throughout Biden’s term as vice president, official State Department maps identified the West Bank and Gaza Strip as occupied Palestinian territories. It doesn’t take a rocket scientist to figure out that if a territory is occupied, it is under occupation, and in the case of the Palestinian territories, the occupying power is Israel. Occupation in and of itself is not a crime under international law; the term merely defines the status of land acquired by military force. In the case of the Israeli-Palestinian conflict, objections to applying the term “occupation” generally stem from the fact that one of the principles governing occupation is that it is a temporary situation. That clearly doesn’t sit well with those who believe that Israel has a right to retain any or all of the West Bank. Thus, the party’s objection to the term, when coupled with fact that the platform opposes “settlement expansion” but does not address the illegality of existing settlements, can be seen as an indication that the Democrats have abandoned the 4 June 1967 lines as the starting point for negotiations. Again, one can see shades of Trump administration policies here, in this case with regard to accepting facts on the ground rather than international law as the yardstick for legitimacy.

The bright light in the platform is the intention to reinstate the JCPOA as the “best means” to deter Iran from pursuing its nuclear program. It is highly unlikely that Prime Minister Netanyahu will come to realize the benefits of diplomacy vis-à-vis Iran and abandon the obstructionist position he has taken in this regard to date. Therefore, any disputes between the Israeli Government and a Biden administration are likely to revolve around Iran rather than the Palestinian issue. When it comes to the Israeli-Palestinian conflict, Biden will be prone to react to anything short of annexation of the 30% of the West Bank earmarked for Israel under the “Peace to Prosperity” plan with condemnations that have no teeth.

This is where the progressive camp in the party will come in.  Pre-election positions are aimed at the widest common denominator and do not necessarily determine what a leader will do once in power. They may have lost the platform battle, but the popularity of the progressives among Democratic voters is growing, especially among the younger generation.  Should Biden be elected, they will have a critical role to play in steering his administration toward ending the free ride Israel has enjoyed since 1967, and they will need all the vocal support from the Israeli peace camp that they can get.