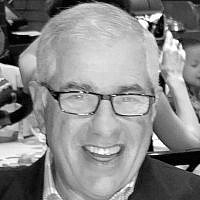 The Blogs
Harris Zvi Green
Apply for a Blog
Advertisement
Please note that the posts on The Blogs are contributed by third parties. The opinions, facts and any media content in them are presented solely by the authors, and neither The Times of Israel nor its partners assume any responsibility for them. Please contact us in case of abuse. In case of abuse,
Report this post.

I read in a recent BDS publication that Denis Goldberg, who they define as an “anti-apartheid icon”, recently participated in a till-jam action at the Constantia branch of Woolworths in the Western Cape. This action is part of the illegal campaign that calls for the complete boycott of Woolworths until it ends its trade links with Israel.

I further observe that the African National Congress and the South African Communist Party of which Goldberg has been a loyal member for more than 50 years, are listed amongst the endorsers of the BDS campaign.

But that’s where it ends.

Where has Goldberg’s anachronistic ideology taken him? Has it advanced mankind? Alas, Goldberg’s ideology has proved a complete and utter failure. The new South Africa Goldberg helped facilitate, is in complete turmoil.

South Africa’s housing, educational, health and social infrastructures are, at best, typically third world. They continue to deteriorate in an out-of-control downhill spiral. South Africa’s economy is falling apart at the seams. Over the 21 years since the rise to power of Goldberg’s revered ANC, South Africa’s currency has devalued to a paltry 25% of its value against the US Dollar. Unprecedented crime rates, high unemployment, an energy crisis, widespread water pollution, corruption and nepotism are the tragic hallmarks of the new South Africa Goldberg helped facilitate. South Africa’s life expectancy is less than her pension age. Why should that even bother her communist inspired trade union movement when they can engage in infantile till-jammings?

Is this what Goldberg so unselfishly gave his life for? Can he, in his twilight years, recline in his armchair and reflect with any pride on the achievements of his beloved ANC and South African Communist Party? I don’t believe he can. If he does, he’s bluffing himself. It’s no wonder, he’s turned to till-jamming.

Goldberg has never displayed any pride in his Jewish roots. He has never affiliated with the Jewish community. This, however, doesn’t preclude him from invoking these same roots in a fraudulent attempt to add credibility to his warped agenda of demonizing and delegitimizing Israel.

So where did the ideology I pursued so passionately take me?

Unlike Goldberg, Zionism, the national liberation movement of Goldberg’s and my people, has always been the motivating force of my ideology.

I consider myself fortunate to have taken part in a very different revolution to the one Goldberg participated in. My revolution promoted a vision to facilitate the creation of a modern and vibrant democracy – a democracy that guarantees equal rights to all its citizens regardless of race, religion, creed, sex or color. Essentially, what Goldberg claims he wanted for the people of South Africa, I wanted for the Jewish people in their historical homeland.

My dream envisioned a state to gather in Jewish exiles from around the world, to release them from their bondage and to provide them with the skills and opportunities to fulfill their potential as free people.

Unlike Goldberg’s, my dream has been vindicated.

Israel welcomed Jews from all over the world – many of them refugees fleeing for their lives. In the early nineties, Israel successfully integrated a million Jews from the Soviet Union and another 150,000 from Ethiopia. Many of these immigrants were old and sick and clearly placed a huge burden on Israel’s struggling economy.

These people had, for generations, been citizens in countries governed by corrupt, totalitarian regimes. They were systematically persecuted, denied the most basic human rights and subjected to a brain-washing process aimed at clouding their emotional links to their ethnic and cultural heritages. In successfully integrating these people into Israeli society, Israel fulfilled its mission of being both a spiritual home and a safe haven where Jews could live as free people.

These achievements, together with an excellent judicial system that protects human and civil rights so effectively, are just some of the fruits yielded by my Zionist ideology.

I reflect with pride on what Zionism has achieved for me, for my people and for mankind. I take pride in the fact that my tax contributions funded the establishment of the Israeli field hospitals set up to help provide immediate care for the local populations following the devastating earthquakes in Nepal, Haiti and Turkey and the torrential floods in the Philippines.

I know Israel would love to share her state of the art technologies with South Africa in the same way she shares them with other African and third world countries. It would considerably enhance the quality of life for all South Africans, particularly amongst those less fortunate.

Together we can make this world a better place in which to live.

Goldberg’s histrionic till-jamming is certainly not the way forward.

About the Author
Harris Zvi Green was born in Cape Town, South Africa. Aged 75, he made Aliyah 51years ago. An accountant by profession, he served as the Chief Financial Officer of a number of Israel based hi-tech companies. He is married to Phyllis. They have 3 married children and 13 grandchildren. Harris Zvi Green is a founder member of Truth be Told, an organization engaged in public diplomacy on behalf of Israel.
Comments