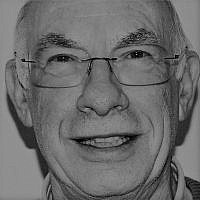 “Hey, after dinner tonight, come with me to the Belzer Rebbe’s Tisch!”, said my rabbinical nephew on a Pesach chol hamoed Friday night in Jerusalem.  “I’ve an invite from his son and we’ll be sure of a good place”.  The “Belzer Rebbe” is the leader of the Chassidic sect founded in Belz, Galicia in the 19th century.  The spiritual centre is now around his home in Jerusalem in an unmistakeable, magnificent, enhanced reconstruction of the original Belz synagogue; each of which took 15 years to build.

Never having been to a Chassidic “Tisch” (“Table”), my son and I agree it’s worth a 40 minute walk across Jerusalem late this Friday night.  We enter a massive rectangular hall with steeply raked metal framed tiered stands on the long sides and a wide platform covered with a massive white table cloth stretching down the centre for the long length of the hall – this is the symbolic “Tisch”.  The stands, which reach to the high roof, are crammed with a few thousand Chassidic followers of the Rebbe whilst specially-honoured Chassidim are seated at the long sides of the Tisch.  Behind them are a few rows of raked benches on which are seated more Chassidim and sightseers such as my nephew, his young sons and us.  At the top end, actually on the Tisch, is an ornate throne-like chair with a small dining table in front of it   The Rebbe is seated on the chair with his son at his right-hand and a handful of Chassidic acolytes in attendance.

It’s absolutely joyful!  The Chasidim in the stands are singing Sabbath and festive songs; there’s even a small Chassidic choir and conductor in the stands to the Rebbe’s right in an acoustically advantageous position about half-way up.  The choir bursts into song at a nod from the Rebbe.  There are even circus-like acts as late arrivals in full Chassidic garb climb up the outer metal supports of the crammed stands to join friends or to get advantageous positions to see the Rebbe.

The Rebbe starts his Shabbat meal by symbolically rinsing his hands in water from a silver beaker and recites the netilas yadoyim bracha which is completed by the assembled Chassidim shouting “Omayn” which is “Amen” pronounced, incongruously, with the diphthongs worthy of a cockney Londoner.  The further brochot over wine and matza (this is Pesach) each get a loud “Omayn”.  The Rebbe then tucks into a meal of cooked carp and gefüllter fish, chicken soup, chicken and potato kugel.  Selected Chassidim in the front side rows are given small portions directly from the Rebbe’s plate when their names are shouted by the Rebbe’s chief acolyte (Chamberlain).  Supplies of wine, matza and the main dishes are then distributed to the huge assembly by the acolytes striding up and down the catwalk with small dishes, bottles and plastic glasses.  These Chasidim are dressed in the distinctive Belz style of streimel (thick disc-like fur head-covering), long black patterned silk coat, and trousers, like plus-fours, tucked into long, black, socks.  Everyone gets a share and my son notes that for food distribution these guys need learn nothing from Tesco.  I remark that distributing wine and the wafer-like matza makes an unintentional link to another Passover event!  Then curious, I ask my nephew how come the Chasidim are eating their matzot without ritually washing their hands?  He explains that unlike ourselves, the assembled Chasidim started their meals at home and have come to accompany the Rebbe in his meal.  We, unaccustomed to this custom, completed our meal and bensched at home, so we have to miss out on the matza.

Now for the serious part: silence cloaks the hall as we magically realise that the Rebbe is about to give a Dvar Torah.  His words of wisdom, in Yiddish, are mumbled very quietly.  He seems to be making some points about the counting of the Omer which starts on the second day of Pesach.  Everyone is straining to catch his words.  “Wos hot er gesogt” (What’s he been saying?), I ask a neighbouring Chosid in a smattering of Yiddish.  “He’s talking about the Omer” he replies in excellent English. Now we know!  My theory is that everyone has a different interpretation; so his learned words are magnified a few thousand times.

This joyous communal festive gathering concludes with Birkat Ha’mazon (Grace after a Meal).  The Rebbe stands up and leaves the hall mobbed by singing Chasidim crowding around him. 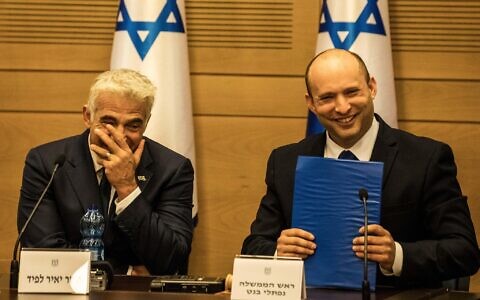