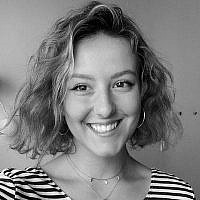 The Blogs
Edan Cielo Green
Apply for a Blog
Advertisement
Please note that the posts on The Blogs are contributed by third parties. The opinions, facts and any media content in them are presented solely by the authors, and neither The Times of Israel nor its partners assume any responsibility for them. Please contact us in case of abuse. In case of abuse,
Report this post. 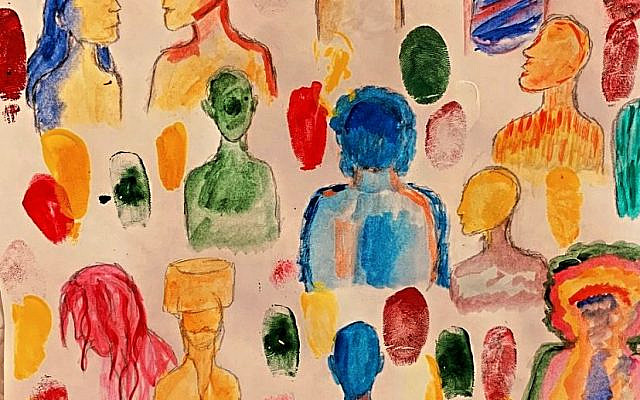 There are some moments in life that feel like the gift that keeps on giving (and giving and giving.)

Some of which I’ve more recently felt in places I didn’t think I would. I currently study in an Israeli college based in Judea whose student body consists of religious women, young and old, hailing from various cities and farms across the country. In class they hold and cradle their peaceful babies as both do their best to pay attention to the lesson. There’s this feeling of juvenile comradery; the women nostalgically navigate their day as a returned school girl, while also bonding amongst themselves on the color of their mitpachot (hair covering). It often feels like this unique limbo where the self they dreamed of in high school now sits among them in university.

I often feel more like an observer to this, which has granted a new, fresher outlook and interaction. I’ve come to appreciate the perspective and ability to introspect with real space and recognition of my surroundings.

I also have phenomenal teachers.

Not to brag but I don’t believe any top professor would begin his lecture on developmental psychology with a Reb Shlomo Carlebach story about loving and protecting those who struggle. What a gift to have a professor cite Freud’s explanations of the superego and then draw parallel to Rav Kook’s explanation of “soul levels.” What sweetness to scroll through your notes and recognize that the three angles of education philosophy perfectly match that of the three legs the world stands upon. What mind blowing, heart exploding reality it is to see it. To glimpse into the design.

To understand that there is a design and with it the inexplicably-obvious presence of The Designer.

I always heard that phrase, “Design implies Designer” as an often defense mechanism to explain G!dliness in the world and G!d in general. When one trust falls into the embrace of this reality, rather than mechanism, this mantra becomes the only explanation that rings true.

Realization that rumbles in rain from heaven. Truth that trembles the tectonic plates in grand reminders of our small presence among the vast universe. Kindness that consistently restores our breath each day, powerfully reminding us just how important and centric we are to this world.

In one of my classes, we discussed how intrinsic the desire for connection really is in our society. We gather from Jewish thought and philosophy that the soul longs for “שלמות” (completion) from the moment it undergoes the almost, “trauma-like” experience of separation. The divide between קודש לחול.

To validate the design, yet again, is found within the invention of the internet. The first phrase produced by the internet was, “log-in” which makes sense as it marks a starting point. However, the Hebrew translation of this phrase reveals a core intention; להתחבר. The phrase “log in” means to connect.

The enigmatic algorithm of language translates to us the power of divine design. As we learn time and time again, the world was created through intricate placement of letters and phrases that embellish our often fragmented reality into a magnificent mosaic.

Just as the Torah lives and breathes, creation does not rest after the beginning, but rather consistently regenerates and rejuvenates. Our invitation to seek presence and participate in this grand platform of connection. By living a life of authenticity and altruism, we mirror the DNA of the Torah, thus re-generating our spiritual DNA and trajectory. We participate in Creation.

Re-creation itself is the gift that keeps on giving because it prompts us to recognize the design; ultimately revealing that the “stained glass” chapel of G!d’s design is so clear, that we find ourselves just by gazing in.

Both psychological theory and studies relay the idea that the more similar something is, the more likely it is to be accepted and desired. We learn from self-expansion theory that among social and societal psychology, individuals are driven by the desire to enrich themselves through their interactions with others. Inevitably, when someone holds shared values, behaviors and even physical appearance they are more likely to be accepted. The results remain consistent because the reality is that one can only truly connect to a community, person, concept or G!d once they establish a personal connection. So maybe Freud had a point, our sense of self drives our thoughts and actions. However, Rav Kook’s understanding does not allow for an egotistical reality, but rather a deep recognition of the interconnected frame that holds our existence.

This concept proves to me the greatness of what I believe to be, arguably, the most empathetic moment in history. Moshe Rabeinu, before he was Rabeinu, was the prince of Egypt; saturated in secular society and conditioned for classism. But when he walks among slaves, his brothers and sisters, the wave of return overpowers him. The text of the pasuk says, “וירא בסבלותם” meaning he saw them IN their suffering. He is able to abandon his dictatorial role because he understands what it means to be subject to it.

Rashi notes the linguistic design of the phrase, “בסבלותם.” The text could have easily just said סבלותם, meaning that Moshe saw “their suffering,” but in stunning structure, the text places the ב to note that Moshe not only saw their suffering, but empathetically internalized a suffering that was never his to experience. He related to another that appeared to have no connection to him. It was these exact qualities, of humility and empathy Moshe embodied that allowed him to mold a nation of slaves to successors through G!dly guidance.

Maybe this ב says a lot more than we think. The first chapter and word of the Torah is בראשית. Rashi notes, that since it is the beginning of all, why wouldn’t G!d follow typical patterning of consistency and begin with an א, the first letter of the Hebrew language? Many sages explain that the ב infers that this world was not first, but rather a continuation and based off of the structure of the letter, i.e., we only know what lies in front of us and the rest remains sealed.

Much like everything in life, the wisdom of the modern world feels like a “deja-vu” moment to Torah thought. When the internet was created, its purpose was connection. קל וחומר (all the more so) the intricate, enigmatic and vibrant “code” of the Torah shares this message.

ב signifying that this universe, both physical and spiritual manifestations of it, cannot stand alone.

The consistency of Creation remains interconnected because of it’s collaboration.

When we love seeing ourselves in our children, it is not because we choose to love narcissistically, but rather because right before our eyes is the validation of the generational link and chain that jolts us from any fear or worry and crowns our reality with royalty.

When we begin to observe creation for what it is, we consistently see more of ourselves within it, and the opposite effect is true; when we begin to discover ourselves, creation and all elements connected become a much louder frequency.

This idea, to me, explains the importance of צלם אלוקים (the notion to see and treat those around us like the chandeliers of G!dly light they are.) There is a conversation within the sanctuary of the Talmud; Rabbi Akiva famously declared that the most universal and important concept of the Torah exists within the words of, “Love your fellow as you love yourself”. This notion has been widely adopted and applied within Jewish and non-Jewish mentalities as the ultimate remedy to hate and prejudice. As a means to promote healthy relationships, Rabbi Akiva’s approach demands an individual to recognize that another is equal in value and importance. However, within the bouncing commentaries of our scholars and sages, a conversation and re-evaluation of Rabbi Akiva’s argument propelled thought in a changed direction. Rabbi Shimon ben Azzai in a revolutionary rebuttal to Rabbi Akiva’s assessment, argues through the simple challenge of, “If one does not even love themselves, how could he/she possibly come to love another equally so?”

Alternatively, Rabbi Shimon ben Azzai suggests that the leading perspective to connect to another is to see them for who they are. No bells and whistles, but rather the pure and subtle recognition of what is. To listen and hear the holy melody that sings before us from the instrument G!d chose to harmonize with.

From this deliberate choice to create and participate within the evolving design of life, brews the beginning we all had. By choosing consciousness, we return ourselves to the ideal of what once was. We allow ourselves to naturally be enveloped by the amniotic fluid of emunah, nourished by the life source of all nature. A gift of giving and giving and giving.

I believe this reality has been planned and planted within the soul and soil of Israel.

The Jewish people can connect through such supernatural mediums to the land and history because living in Israel feels like finally understanding one’s self. Speaking Hebrew de-colonizes and cleanses our voices from the empty promises of Galut and reconstructs our tongue to “kilili ” at our s’machot and delve into the depths of ancient niggunim. Hearing our names once again crash and spread among the streets like a mighty tsunami filling every crevice with her influential wonder.

Re-establishing Israel as the homeland of the collective soul reminds us that when G!d says “Let there be light,”—light there will be. And the light keeps warming and leading and giving.

May we all merit participation in Creation, consciously and creatively that gifts us the beautiful, divine design.