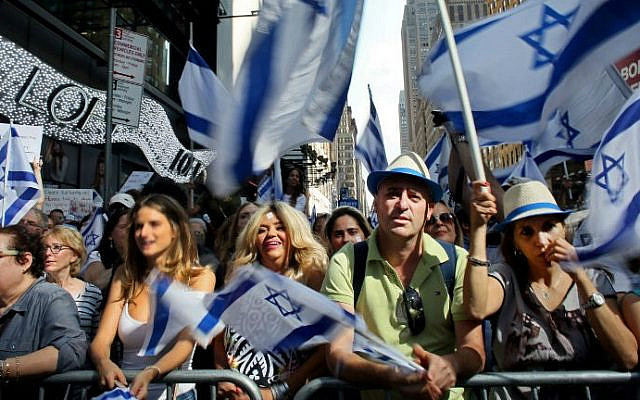 Now that we’ve seen the extent of the problem, what can we do about it? There are numerous prescriptions. (Note the similarity to Rabbi Weissman’s list.) One is to hold public rallies, such as the one supporting Israel that a coalition of Jewish organizations held in Washington DC on Sunday, July 11, with provision for bus transportation from Baltimore, New York, and Philadelphia. It drew just two or three thousand participants, according to the sponsors, however, and quite likely fewer. Two participants, Rabbi Mark Wildes and Alan Zeitlin, wrote favorably about the diversity of speakers and groups, especially the non-Jews who supported us, while excusing the modest turnout as arising from the hasty organization of the rally and COVID restrictions, and millions of people watched on Zoom.[9]

Other observers, however, were not as sanguine. Dr. Mitchell Bard summarized the rally as follows: “The country’s largest and most active organizations, which are spending millions of dollars to fight anti-Semitism, failed to convince their members it was worth their time to show the American public that Jewish lives matter.”[10] Columnist Carolyn Glick concluded,
“On July 11, the American Jewish establishment tried to prove that it could fight anti-Semitism and be progressive at the same time. It failed….” She cited a postmortem of the event in the Jewish Voice penned by Lauri Regan, a prominent community activist with a decades-long record of achievement in organizing mass demonstrations for communal causes and effectively fighting anti-Semitism, which listed the many reasons it failed: “The organizers refused to permit Republican congressional leaders, former Trump administration officials, evangelical leaders or conservative media superstars to speak at the event. They would not permit Holocaust survivors or victims of Palestinian terror attacks to speak.

“Instead, the rally featured one progressive activist after another, followed by Democrat spokesmen and administration representatives. A Reform leader attacked Israel and the ‘occupation.’ The speakers raved over President Joe Biden, even though he has hired men and women to serve in senior positions in his administration who have records of anti-Semitic statements, support for BDS, Iran and Palestinian terrorism.

“Speakers attacked right-wing extremists and neo-Nazis. They did not attack the anti-Semitic lawmakers in the Democrat congressional caucus or criticize the party leaders who promote rather than condemn them.

“The speakers failed to condemn Black Lives Matter despite its open anti-Semitism and despite the fact that Jewish institutions and businesses were specifically targeted by BLM rioters.

“Given the name of the rally and the speaker lineup, Jews committed to actually fighting anti-Semitism had no reason to make the effort to travel to Washington.

A subsequent rally in Toronto on July 25, under the auspices of the Canadian Anti-Semitism Education Foundation, featured a broad spectrum of Jewish and sympathetic non-Jewish speakers, and while they paid the ritual obeisance to opposing all forms of hatred, the emphasis was on anti-Semitism as a unique form of bigotry. This was the fourth such rally held by CAEF, which calls into question how much effect these demonstrations are having.

Some propose escalating the lobbying and truth-telling we have been doing, which has brought modest results, such as the NEA vote July 3 that defeated one anti-Israel resolution and referred another to committee, and a decision by the New York State Court of Appeals that Fordham University was within its rights to deny recognition of Students for Justice in Palestine as a campus organization. On the other hand, a local union of college faculty in San Diego passed a resolution denying Israel’s right to exist.

Another avenue is petitioning and writing letters to the authorities and to management of major media taking them to task for misrepresenting Israel and/or Jews in their stories. While I have begun doing that myself, I question how much can be achieved this way. As Jonathan Tobin stated in his webinar of July 8, 2021, it is truly difficult to persuade those (i.e. journalists) who are anti-Israel and feel free to slant and distort their reporting for ideological reasons such as critical race theory and intersectionality, while for their part, university presidents take a hands-off approach regarding student speech. And the violent anti-Semites inspire fear among politicians, journalists, and corporate executives.

There are those who encourage going to the courts, filing more lawsuits as the Lawfare Project does. Again, there are victories, but they could be ephemeral if legislative bodies override them, and it is always possible that judges can avoid controversy by ruling that plaintiffs lack legal standing to bring suit. Perhaps recognizing that issue, Brooke Goldstein, executive director of the Lawfare Project, has expanded her approach:

“’End Jew Hatred has helped bring thousands of Jews together to protest on the streets and engage in direct actions to ensure consequences for Jew-hatred,’ [she] told JNS.org. Goldstein said that ‘the left contributed to this hatred by using a conflict in the Middle East to justify discrimination against Jews based on their ethnic, cultural or religious identity, which includes identifying as Zionist.’ Specifically, “Much of it [anti-Semitism] is tied to the idea of critical race theory and intersectionality being applied to Israel, labeling it as the ‘aggressor’ and ‘oppressor,’ and the Palestinians as the ‘bereaved’ and ‘oppressed.’

“The Jewish community must unite, shed its divisions over partisan politics and reject the appropriation of our identity for political gain. We must organize from the bottom up, train and mobilize for grassroots actions like other minority groups have.’ To confront anti-Semitism, advocates say it’s time for Jews to unite, mobilize and take action.” [12]

A more aggressive approach would be to try to disrupt the red-green alliance by publicizing the continued enslavement of Blacks in the Muslim world.[13] An additional benefit would be to acquaint the world with the great work Dr. Jacobs has done for the past three decades in freeing slaves, thereby strengthening Black-Jewish ties. Unfortunately, aside from the potential backlash from both sides, it is virtually certain that the mainstream media wouldn’t cover this narrative.

Shifting focus to more assertive self-defense, Evan Bernstein, executive director of CSS, Community Security Service, a volunteer network of Jewish community members providing security to Jewish institutions including synagogues, said: ‘… [T]hese incidents across the country and across the globe very much warrant a worldview shift on Jewish communal security. The data from ADL, the FBI, etc., has been telling us that security must be prioritized at the highest levels of Jewish communal leadership.’” [14] Meredith Weiss, the co-founder of the Legion self-defense and counter-terrorism training program, agrees. “I fully believe Jews must take a proactive approach in their own safety. It’s all about deterrence. We cannot leave our physical well-being or security in the hands of others… self-defense can no longer be a foreign concept to American Jews. It must become the absolute norm.”[15] Implicit in this view is the understanding that while maintaining good relations with law enforcement is essential, police themselves are beset with defamation and defunding, and thus may not have sufficient resources to defend us.

Having examined possible responses to the surge in anti-Semitism, in part III of this post I propose a different kind of solution.