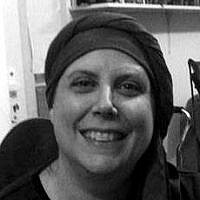 The Blogs
Rivkah Lambert Adler
Apply for a Blog
Advertisement
Please note that the posts on The Blogs are contributed by third parties. The opinions, facts and any media content in them are presented solely by the authors, and neither The Times of Israel nor its partners assume any responsibility for them. Please contact us in case of abuse. In case of abuse,
Report this post.

I love a lot of people who live in the US.

Deep down, I don’t believe any of them will leave until it becomes truly untenable to be a Jew in America.

And maybe not even then.

In Chapter 2 of Pirke Avot, Rabbi Yochanan ben Zakkai sends his students out to discover which human quality is the very best one to acquire. Rabbi Shimon says, “HaRo’eh et haNolad,” meaning the ability to predict that which has not yet occurred.

Living in Israel, I feel blessed by many things. One of them is what I believe to be a certain clarity of vision about where the world is headed.

On the surface, one could make a compelling case that we in Israel are in much greater danger than Jews in the US. After all, to date, Hamas has fired thousands of rockets into Israel, every single one intended to kill us. Hamas spent untold millions to build sophisticated tunnels exclusively in order to commit acts of terror against us. Their entire way of life, and the system into which their children are indoctrinated, is based on the supreme value of killing us.

It makes complete sense to me that most Jews in America argue vehemently that they are safe. They go shopping at Target without fear, utterly without awareness that they, themselves, are targets.

A week ago, I, along with my husband, our married daughter, our son-in-law and my brother, signed and emailed a letter to our family members in America. We felt an obligation to warn our loved ones, to help them connect the dots.

We didn’t argue that they should make aliyah, because we knew that would fall on deaf ears. We asked only that they start paying careful attention.

As much as there is a war going on in this part of the world between Hamas and Israel, it’s imperative that you understand that the bigger picture is not limited to Hamas and Israel.

Hamas is part of an international movement of bloodthirsty, radical Muslim extremists whose main goal is destroy Western civilization and return the world to a 7th century Islamic mentality where Sharia (the Islamic legal system) is the law of the land. Toward that end, radical Muslim extremists kill civilians. A lot. They plant bombs in urban areas, blow up buses, fly planes into tall buildings, murder, behead and, as we recently learned from Iraq, burn and bury people alive. They are geniuses at devising clever ways to kill.

In their own communities, they impose the horrors of female genital mutilation and kill women who are raped because, in their world view, the rape victim dishonors her family. These behaviors, and further examples of their culture of death, add up to a cruel indifference to human life.

Believe us, we know how insane and alarmist this sounds. If it were the premise of a movie pitch, no studio exec would buy it. It’s too far-fetched.

Hamas = Hezbollah = Muslim Brotherhood = al Qaeda = IS(IS) – It’s all the same fundamental ideology. Whatever country they spring from, whichever flag they wave, they share the same goal of creating a worldwide caliphate, a new world order where everything is run by Sharia law which kills and beheads non-Muslims. This is not just a nightmare. This is from today’s newspapers.

It may seem to you like this is solely a Middle Eastern problem, but you’d be quite wrong. In fact, if you think back to September 11, 2001, you will begin to connect some important dots.

There is a relationship between the worldwide rise of radical Islam and the huge increase in antisemitism that we have witnessed this year. Again, you may feel that this does not concern you because it’s primarily taking place in the Middle East or in Europe. It is certainly happening in these regions, but it is not limited to these regions.

The United States is increasingly vulnerable to radical Islamic ideology. The Muslim population in the US has grown dramatically in the past decade, primarily due to conversions in urban population centers and immigration from Muslim countries. There are jihadist training camps in rural areas in over 20 states in the US.

There are misinformed leftists, including Jews (we’re sorry to say), who side with Arabs in what they misperceive as a fight for human rights. Americans take to the streets of the US in the thousands and tens of thousands, in Pro-Palestinian (a/k/a anti-Israel) marches. Here’s a list of many of the US cities where anti-Israel (a/k/a anti-Jewish) events have taken place in just the past few weeks:

These rallies seem to be the result of displeasure at Israel’s current defensive actions. In truth, the rallies are happening because radical Muslims have zero tolerance for Israel existing as a Jewish state.


In the 1930s in Germany, there were some Jews who said to their family and friends, “This is not going to end well. Let’s get the heck out of Dodge.” And there were many who said back to them, “You’re crazy. You’re going to sell your home for peanuts, give up the business you worked so many years to build? Don’t be stupid. This will blow over. We’ve been loyal Germans for hundreds of years. Hitler and the Nazis are a passing phase.”

In hindsight, we see who was wrong and who was right.

Are we suggesting you sell your home for peanuts, give up the careers you’ve worked for years to build and get yourselves to Israel as soon as possible? We are not suggesting that.

Instead, we have four points to make.

#1 – WE’RE BEGGING YOU TO PAY ATTENTION TO THE BIGGER PICTURE. You must not allow discomfort or unwillingness to believe that your world could ever be disrupted to distract you from paying attention to the bigger picture. What, in a nutshell, is the bigger picture? We are living in a time of encroaching radical Islamic ideology that wishes to eradicate Western culture and replace it with 7th century Islamic culture by any means necessary. At this stage, we are all vulnerable.

#3 – If you have any extra money, open a shekel account in Israel. If you have the liquidity, it’s good to have something in Israel. Even if you don’t think you’ll ever need to run. You’re not spending the money. Just putting it in another pocket. If you don’t already have a passport, get one now.


#4 – Please remember that as protected and safe as we all felt on September 10, 2001, our world changed radically the next day. Things can again change radically overnight. In 2014, in our humble opinion, we can no longer afford to feel absolutely safe and secure. It’s just not the kind of world we’re living in today. Ultimately, as counter-intuitive as it seems at this moment, know that the safest place for Jews is in Israel. We have the great benefit of Divine assistance, an outstanding Jewish army, and the witnessing of countless miracles that people are writing about every day.

As you can imagine, for us, there is a big spiritual piece in all of this. If you’re interested, we’re more than happy to share what we’re thinking in this realm.

With love and concern from all of us,

If you live in Israel, it probably won’t surprise you to learn that, of the dozens of people to whom we emailed our “duty to warn” letter, we heard back from only a tiny percentage.

If you have thoughts about what can be done by American olim who are desperate to shake our families awake, please comment below.

About the Author
Rivkah Lambert Adler made aliyah from Baltimore in 2010; She has been blogging about women and Judaism and about making aliyah since 2004; Professionally, she writes web content and manages social media for small business owners. Reach her at rivkah@kotevet.com.
Comments