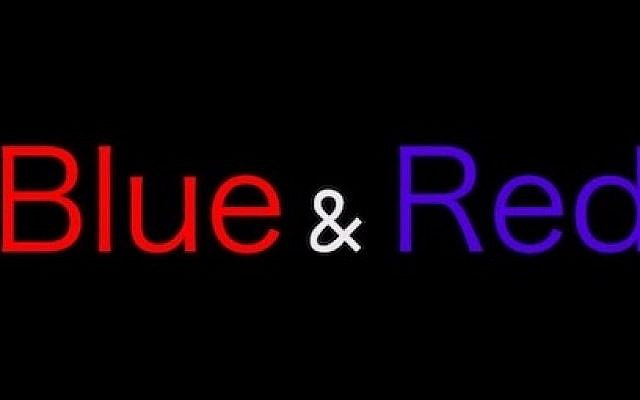 Friends back in the States ask me which country seems more screwed up right now: Israel, my new home, or America, my former. It’s a tough call.

Both countries have set Covid-19 records; the US with more deaths than any other country, and Israel with the highest per capita rate of cases in the world. Both have economies in extremis, governments in disarray, and leaders in the doghouse. Both have protestors in the streets screaming that their democracies are in peril.

Which country is more troubled? I say it’s a toss-up, but America, at least, has only two parties shredding each other’s entrails.

Meanwhile, with less than three weeks to go before the US 2020 presidential election, I’ve been zooming with a new friend on the other side of the political divide, and our wide-ranging conversations have offered me a glimmer of hope for the future.  The reason for my optimism: We respect each other.

Todd and I couldn’t be more different, and not simply because he’s a young Republican, and I’m an old Democrat.

Born in Chicago, he lives in very red county in rural Northern Wisconsin. After finishing high school, he joined the Army and served two tours in Afghanistan. He has spent time behind bars, now works in a factory.

A true-blue New Jerseyan transplanted in the Midwest, I reached draft age just as the Vietnam War was ending, and never served in the military. I’ve earned three university degrees, and the only time I was in prison was as a volunteer teacher and then a filmmaker.

We met a year ago while I was working on a documentary about Wisconsin Trump supporters. Todd didn’t make it into the film, but his honest, friendly manner, and regard for civil discourse, made a strong impression on me.

I thought he might be a good person to help me work through the rage I felt when I saw Donald Trump embracing white supremacists and politicizing the pandemic, when the killing of George Floyd, and the harsh crackdown of peaceful Black Lives Matter protests, filled me with disgust.

Our conversations have reminded me that not all Republicans are the same. Some Trump supporters stand so far to the right, are so bigoted, so consumed by conspiracy theories, and so easily swayed by Trump’s demagoguery, that they are beyond the pale of rational debate.

Todd, on the other hand, is a thinking man. Like some other Republicans who are not in lock-step with his party’s leadership, he has reservations about the man he sent to the White House in 2016. He calls himself a Republican, but he voted twice for Barack Obama.

Now my redish friend says his thoughts about November 3 are murky.  The reasons to support Joe Biden seem very clear to me. Perhaps, I’ll be able to help Todd see the light.

Either way, I hope to say in contact with him beyond the election. As polarized as America has become, people of all colors need to find common ground. If we can’t talk reasonably with each other, how will we ever be able to fix what’s broken?

Hoping to spread our example, I have turned my conversations with Todd into a web series titled BLUE & RED — Respectful Conversations of the Political Kind.  Here’s the first episode.

Here’s episode two. The civil discourse that Todd and I both value might be something my Israeli brothers and sisters might find worth considering, too.