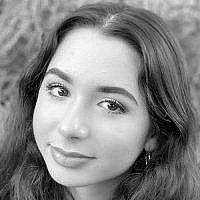 Three weeks of sobriety, nine days of mourning, all culminating in a day scorched by the agony of hundreds of generations of tears, dedicated to fasting, prayer, and painful memories. Six days later, Tu b’Av, a national day of hope and love. In ancient times, the Talmud relates that Jewish girls would dance in the vineyards of Jerusalem in white dresses that they would swap with one another so as to not embarrass the poor, and marriage matches were made.

It begins with the day after Tisha b’Av, the transition from grief to comfort in preparation for the coming month of Elul and the repentance process ahead; still acutely aware of the wisps of smoke from the burning Beis Hamikdash that are beginning to fade once again into the backdrop of everyday life, but able to breathe through the fumes. For me, listening to music for the first time in three weeks on the way to Jerusalem, watching the hills roll by as one of my favorite songs about Jerusalem just happened to play first of my mixed assortment of chossidish music, Israeli music, and other generic Jewish music, was cathartic. Thinking back to Saturday night at the Western Wall, where thousands of Jews of so many different backgrounds came together to sit on the ground together and mourn, pray, and sing, the pain was thick and palpable.

Grieving what was and what could have been, focusing on what went wrong, to a week later reaching Tu b’Av, where we focus on the new opportunities, on the light at the end of the tunnel.

Our sages in the Talmud highlighted 5 major tragedies that occurred on Tisha B’Av. The sin of the spies and with it the decree that the generation of the Exodus would not enter Israel. Then, the destruction of the First Temple at the hands of the notoriously cruel Babylonians, who uprooted us for 70 years of subjugation in foreign land. Next, the destruction of the Second Temple by the no less brutal Roman Empire. Fourth, the soil of Jerusalem was razed and its Judean inhabitants thrown out and banned in order to establish a Roman city, “Aelia Capitolina”, part of the Roman campaign endeavoring to destroying the people of Israel, their unity, independence, dignity, will, identity, even memory, (and to the same ends, named the region of their land after the Philistines- this invader nation that had resided along the coastline, earning them the title of “Sea People”, was long extinct, but the Romans knew of their historical aggression towards Israel); and finally, the fall of Beitar, signaling the collapse of the Bar Kochva revolt and the brief glance at revived Jewish sovereignty with it.

Jerusalem is raised above our highest happiness constantly. We break a glass under the wedding canopy with the words of our ancestors, captive in Babylonia, “If I forget you, Jerusalem, my right hand should lose its skill, my tongue should be stuck in my mouth, if I do not remember you, if I do not raise you above my highest happiness”. Many also have the custom to put ash on the forehead of the groom. When we build homes we leave a portion unfinished in memory of the destruction, because no happiness or comfort can be complete without Jerusalem’s completion. Virtually every aspect of our prayers, our holidays, our laws, blessings after food, revolve around Jerusalem, the heart of Jewish civilization. On Tisha b’Av, however, beyond a passive consciousness or nostalgia, we let the pain take the forefront. We allow ourselves to revisit the traumas, to let them all wash over us, intimately, both nationally and individually. For one day, we are there with every Jew in all of Jewish history who suffered, who was humiliated or tortured, attacked, libeled, murdered. Just like the concept of a yahrtzeit, a death anniversary, for a loved one. The memory of the person is always carried by those close to them, but on the yahrtzeit they allow themselves to feel, to talk, to cry, to scream to the heavens or just to hurt.

Several things occurred on Tu b’Av, as recounted by the Talmud. Firstly, the deaths of the desert ceased, as it’s related that as the generation that left slavery in Egypt knew they would die in the desert as punishment for their misplaced trust in the ten spies who brought back a bad report of the land, they dug their own graves on Tisha b’Av. They would wait to die until they would see the full moon on Tu b’Av and know with certainty that Tisha b’Av had passed and that they had another year of life.

Secondly, the tribes were granted permission to intermarry between one another. Until that point, the tribes were not yet fully settled to avoid territory disputes, as there were women who owned land. On Tu b’Av, the tribes united, and there was hope for a real solidarity among Israel.

Thirdly, the tribe of Benjamin regained its status. After the episode of the concubine attacked in Benjamin’s region, the rest of the tribes had declared war on Benjamin, nearly wiping them out, and swore to not allow their daughters to marry them. On Tu B’Av, the tribes realized their mistake in pushing their brother tribe to extinction and sent their daughters to dance in the vineyards and be taken by suitors from Benjamin, to allow for their rebuilding.

Fourthly, the old wood was cleared from the Beis Hamikdash on this date and there was a break from cutting more trees down, which during the time of the Second Temple era presented the possibility of potentially discovering the ark that had, according to tradition, been buried in the Temple Mount before the Babylonian conquest. According to Rabeinu Gershom, since there was less work that day there was more time to study Torah- for delving into, dissecting, and furthering the development of Jewish civilization.

Fifth, the guards preventing the tribes residing in the territory of the Kingdom of Israel from visiting the Temple of Jerusalem, which lay in the jurisdiction of the Kingdom of Judah, were removed on Tu b’Av for the first time since the initial splitting of the kingdom. This was shortly before the Assyrian conquest, and it was a chance for unity that was unfortunately not taken advantage of. Lastly, the fighters of Beitar in Bar Kochva’s army were allowed to be buried, which restored some dignity in a time of defeat and degradation.

On Tu b’Av, there was no “v’nahafoch hu” as we have on Purim, no sudden relief of the turning of tables. There was no spectacular, dazzling victory as in Chanuka. There is no drama, no glory, no wonders or miracles. Simply moments of consolation. Quiet after a storm, a small light at the end of a long tunnel. A calm dream after a series of nightmares. Coming home after a hard day. This, in essence, is love, in a complicated, sometimes frustrating and even confusing, but intensely strong relationship. All this, of course, is also a reminder to us to love one another.

Jewry is flourishing like never before on every front: with all the division, in the most critical of moments- or even at any given night of slichos at the Wall- the unity is unbreakable. We have kept our memories, our identity vibrantly, our dignity is restored, and so has been our independence. We have more support for each other than ever, overall less susceptible to foreign and even internal attempts to tear us apart. We learn more Torah and have built more yeshivos than any generation. Toras Eretz Yisrael and the Torah of the Diaspora are thriving. The sun is breaking through the horizon, and with it endless opportunities. But as Tu b’Av also serves to teach us, opportunities need to be taken advantage of. They require work and dedication, and so do relationships. The proximity of Tisha b’Av and Tu b’Av, of calamity and of consolation, is no coincidence.