The Blogs
Simon Hardy Butler
Apply for a Blog
Advertisement
Please note that the posts on The Blogs are contributed by third parties. The opinions, facts and any media content in them are presented solely by the authors, and neither The Times of Israel nor its partners assume any responsibility for them. Please contact us in case of abuse. In case of abuse,
Report this post.

With influencers ranging from the Marx Brothers and Jack Benny to Mel Brooks and Woody Allen, Alan Metter has a formidable mine of Jewish comic inspiration to draw from, and many of his movies have roots in this venerable tradition. Nevertheless, during his career in the film industry—which saw him direct pictures such as Back to School, Girls Just Want to Have Fun and Moving—he has been able to leverage his affinity for the genre into a sensibility unto its own … though not without a solid foundation in Hebraic culture: an upbringing in Sharon, MA, that saw a huge Jewish population “explosion” in the years following World War II; a grandmother who baked for Hadassah; and a stint in Hebrew school during which he “clowned around” and “learned no Hebrew to speak of.”

Sounds a lot like you and me, right? Well, Metter may be, as he says, a “decidedly secular Jew,” but he still has “always felt like a member of the tribe,” and the Yiddish words he retains in his vocabulary, along with a cultural association with his heritage, speak to that. Now retired and living in Florida and on outer Cape Cod, he recently took the time to answer some questions about his tenure in Hollywood, as well as provide his thoughts on the Judaic impact on comedy—plus, of course, his experiences with anti-Semitism. Here’s more from Metter; read on for the full scoop.

Q: Your most famous film is Back to School, and with talent such as you behind the camera, Rodney Dangerfield in front of it and Harold Ramis as one of the writers, the tribe was well represented. Was there a distinctly Jewish sensibility in the humor developed in the film, and how did you leverage it? If so, how did you prevent it from bordering on stereotype?

Metter: Rodney, Harold and I were the same kind of Jews: secular. Rodney wanted to know if I was Jewish before he hired me to direct the movie. And there was always plenty of Yiddish flying around our conversations—but never when the camera was rolling. Rodney (born Jacob Cohen) was quite vocal about not wanting “the public” to be aware that he was a Jew. “Everybody hates Jews; why would I want to fight that?” he once said to me. He was from a different era. He was very aware of his Jewishness, but not at all religious. I once asked him why he didn’t go to temple. (I liked to ask him things that would likely get a good one-liner out of him.) His reply was, “I don’t buy the story, man.” That was Rodney. Most of the jokes in Back to School were Rodney’s and Harold’s. I can agree with you that many of these jokes have a Jewish sensibility—a Jewish take on irony, if you will—but I don’t see them as “stereotypically” Jewish … i.e., characters looking, talking or behaving “like Jews.” 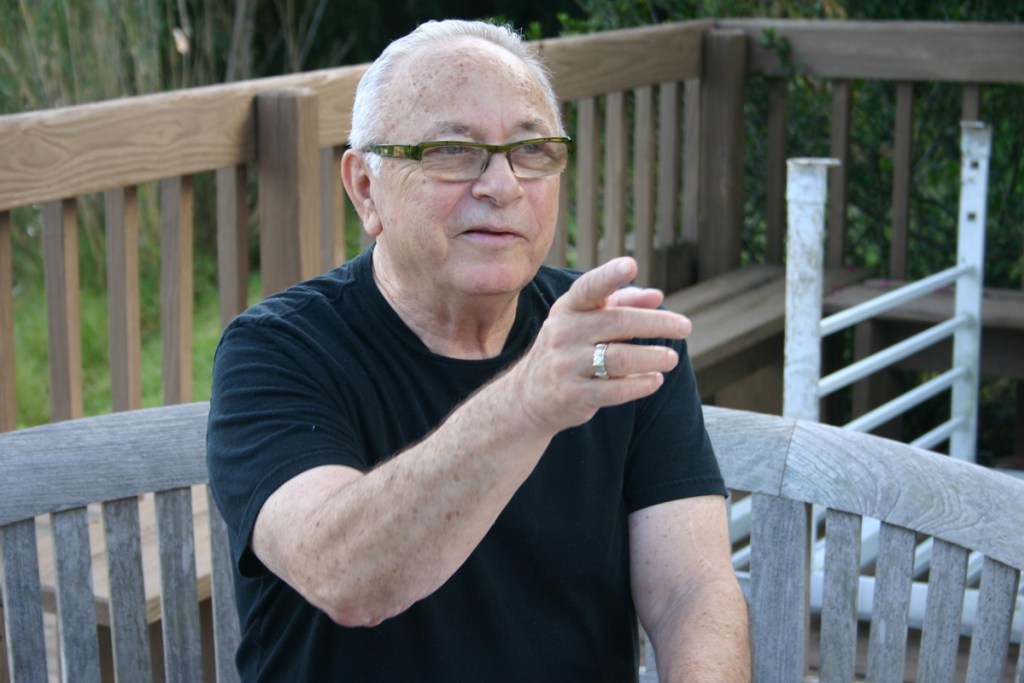 Q: How has Jewish-oriented comedy changed over the years, and is it still recognizable as an ethnic style? What kind of impact has it had on the cinema in general?

Metter: Are Adam Sandler’s films “Jewish?” Ben Stiller’s? I’m not certain. I would say Mel Brooks’ films are, to a degree. How could any film with Zero Mostel in it not? Blazing Saddles even had some Yiddish in the dialogue. The Twelve Chairs had an Eastern-European flavor. Woody Allen has plumbed the depths of anti-Semitism in his earlier work, but I’ve never been sure which side he was on!

Q: Does anti-Semitism exist in the film industry today, and if so, how can filmmakers, actors and other artists combat it? Have you ever encountered anti-Semitism during your career or in your personal life?

Metter: When I was about 10 years old I got into the car with my grandmother. She had parked it under a tree, and there were bird droppings all over the windshield. She looked at the bird droppings, then turned to me and said, “For other people they sing.” Funny. I always thought there was something quintessentially Jewish about that one. I experienced a fair amount of anti-Semitism growing up in Sharon, a formerly WASP town that I think was somewhat alarmed by all the Jews moving in after World War II. I remember a conductor calling out “next stop, Little Israel” as the train approached Sharon station.

I’ll never know how that wonderful TV series The Goldbergs got on the air in 1949. Maybe it was the infancy of television, and nobody was paying attention. The anti-Semites I encountered in the film business in the ’70s and ’80s were almost always Jews—studio executives wanted nothing to do with stories about Jewish people. I think there was a feeling that the vast majority of filmgoers would not be interested in stories about Jews. True, Barbra Streisand got Yentl made, but it was only because of her enormous power that she was able to. Had a mere mortal tried to get that picture made, I doubt he would have been successful. Even today, Son of Saul is a small independent, not a studio picture. This said, I encountered no anti-Semitism that kept me from getting hired or paid fairly. Jewish movie stars no longer have to change their names. Progress, I suppose.

About the Author
Simon Hardy Butler is a writer and editor living in New York City. He has written for publications ranging from Zagat to Adweek and has interviewed innumerable people—including two Auschwitz survivors whose story may be heard at the United States Holocaust Memorial Museum’s website. His views and opinions are his own.
Related Topics
Related Posts
Comments